All Carly Fiorina supporters have the exact same handwriting 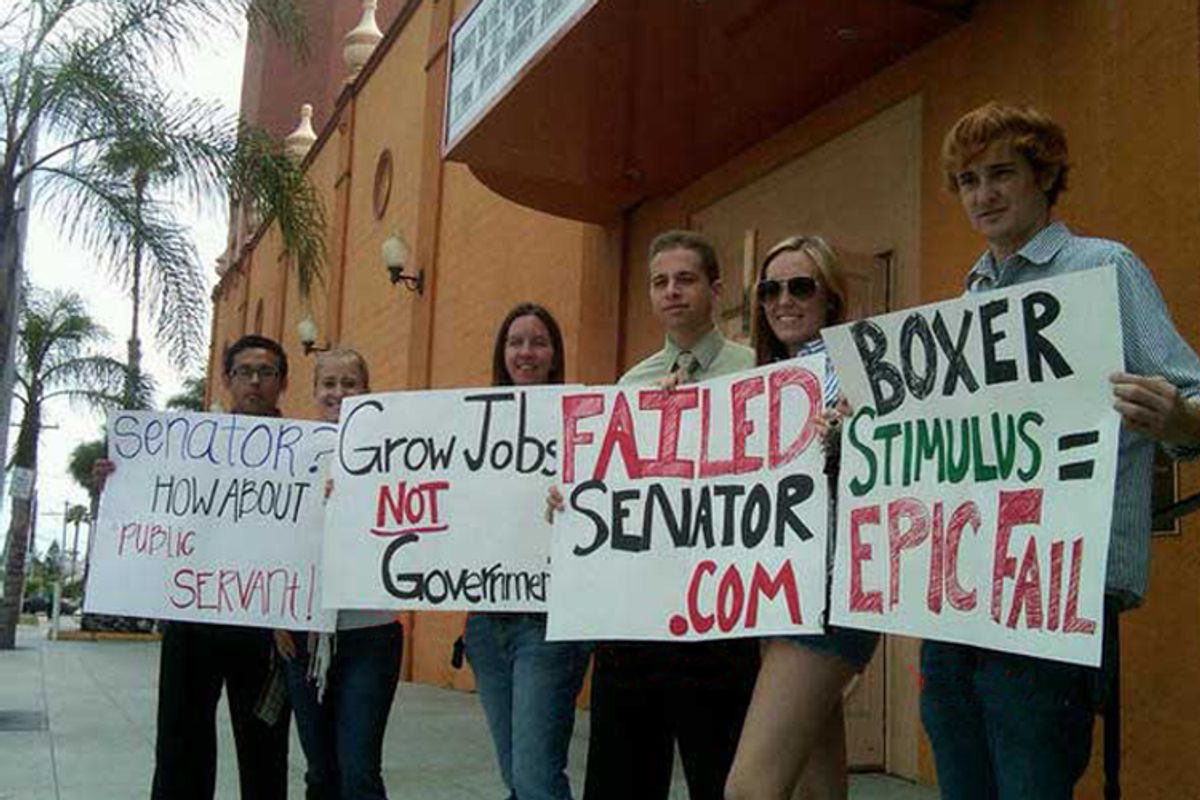 Here's a little tip for all you candidates out there, from your friendly War Room blogger: If you're going to mass-produce handwritten-looking campaign signs for (paid?) supporters to hoist all across the state, why not try having different staffers write each one, so they don't look identical? Also, why not just print actual professional signs? No one actually has anything against professional signs.

Also, if you're called on it, because your campaign's Twitter account posts pictures of people with identical signs on the same day on opposite ends of the state, as Carly Fiorina's campaign did, you should come up with a better excuse than "Office Max and Staples carry the same paper and markers."