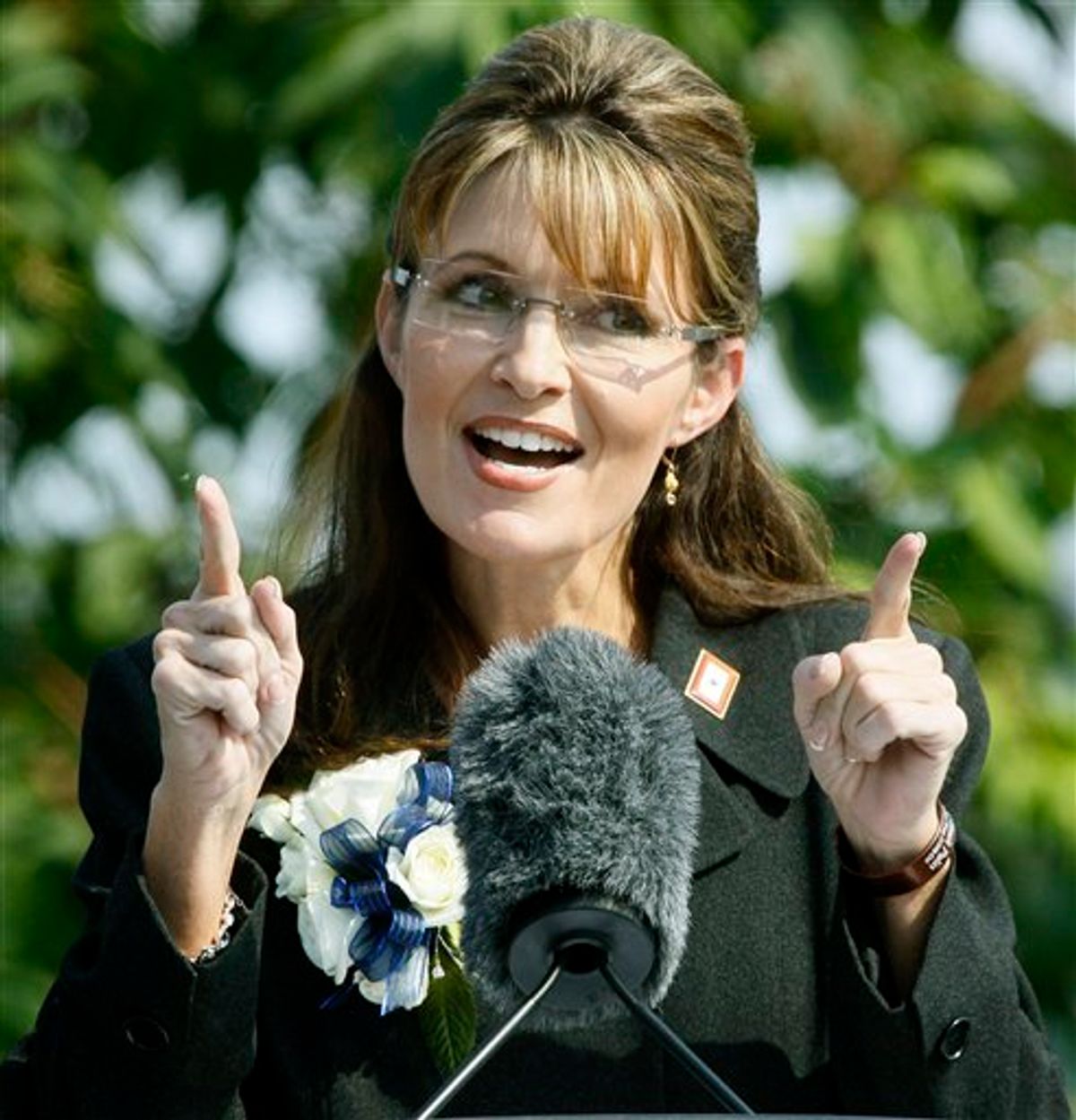 FILE - In this July 26, 2009 file photo shows Alaska Gov. Sarah Palin gestures while giving her resignation speech in Fairbanks, Alaska. A year after her abrupt resignation as Alaska governor, Palin has evolved into a political personality writ large, commanding weeks of headlines for a single Facebook observation _ see health care "death panels" _ and six-figure speaking fees from groups clamoring for her words. Going rogue with a best-selling memoir only added to her aura among the conservative faithful and she has easily eclipsed other Republicans as the coveted endorsement this election year. (AP Photo/Al Grillo, file ) (AP)
--

Possibly preparing for a 2012 campaign for ... something, Sarah Palin's PAC is distributing a new video touting the strength of her "Mama Grizzlies," a term Palin uses to refer to a certain brand of conservative women she supports in state races and who make up a sizable chunk of her potential voting pool. The voiceover in the video is a speech given by Palin herself at a conference for anti-abortion political group the Susan B. Anthony List.

CBS News has already had its political analyst take a crack at the video, and ABC News is warning Washington to "watch out." Andrew Sullivan posted a letter from a reader regarding the "Mama Grizzly" meme and what it has to do with Trig Palin's Down syndrome. And Politics Daily picks the video missive to bits. Watch it for yourself: