"The Girl Who Played With Fire": Out of the past

As Hollywood plans its own Stieg Larsson adaption, the second film in the Swedish series goes dark and gloomy 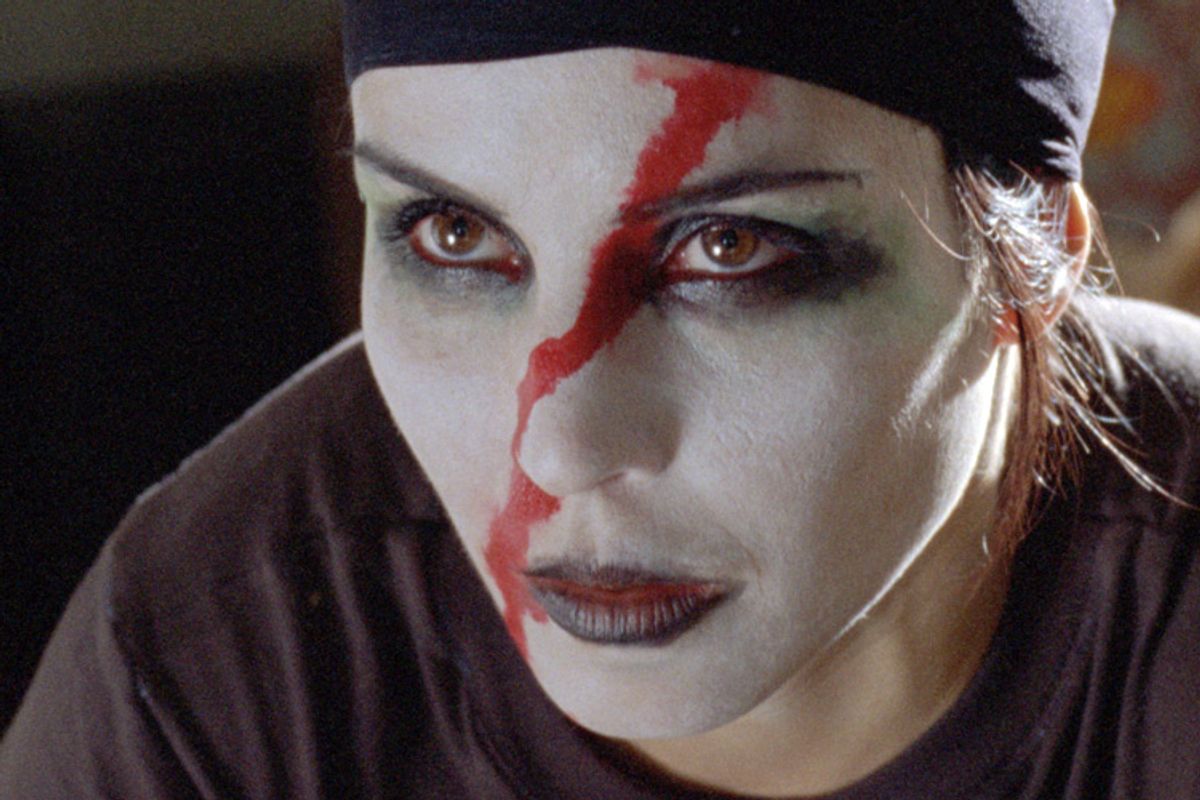 Noomi Rapace in "The Girl Who Played With Fire"
--

Ordinarily, a film that was made in Sweden and is being released in the United States by a tiny indie distributor would barely merit a footnote on the overcrowded summer movie calendar. But "The Girl Who Played With Fire," the second film in director Daniel Alfredson and screenwriter Jonas Frykberg's Millennium trilogy (adapted, of course, from Stieg Larsson's best-selling thrillers), is a peculiar exception. Like its predecessor, "The Girl With the Dragon Tattoo," this is likely to be one of 2010's top-grossing foreign-language films -- and that's without reaching anywhere near the total audience of Larsson's novels.

As anyone who pays attention to Hollywood gossip knows, an English-language adaptation of the Larsson trilogy is purportedly in the works, with David Fincher directing and Daniel Craig playing crusading journalist Mikael Blomkvist. Carey Mulligan of "An Education" may play pint-size feminist avenger Lisbeth Salander -- not a great choice, if you ask me -- and then again she may not. (Kristen Stewart, who would be terrific, says she definitely, maybe, sort of isn't interested.) But that project has development-hell problems that go well beyond casting.

Are Fincher and screenwriter Steven Zaillian really going to make one of those '50s-style movies where the characters all live in a foreign country but speak English? That particular suspension of disbelief works OK if you're dealing with the distant, mythic past -- nobody expects a movie like "300" to be in ancient Greek, although that would be kind of cool -- but otherwise I associate it with cheeseball costume dramas shot in rented Italian villas, or pompous middlebrow movies about how much some dude loves his cello. If they don't do that, though -- if they transfer the setting to, say, Cape Cod or the Napa Valley -- well, that screws up the plot in all kinds of ways and you might as well make a different movie.

We'll let those people sit around in Malibu spending millions of dollars trying to figure that out, and in the meantime we've got Alfredson and Frykberg's lean, mean and workmanlike adaptation, with Spanish-Swedish bombshell Noomi Rapace as ass-kicking, Web-hacking Lisbeth and Michael Nyqvist, who is something like the Scandinavian world's answer to George Clooney, playing the phlegmatic Blomkvist. They make an appealing yin and yang, around which Larsson's murky, conspiratorial plot whirls, but one of the problems this middle chapter faces is that they're kept apart from each other for virtually the entire movie.

Exonerated of the libel charges that sent him to prison in "Dragon Tattoo," Blomkvist is back at the helm of Millennium, his muckraking magazine, which is about to publish a young journalist's explosive exposé of a sex-trafficking ring that implicates many of Sweden's top political, business and law enforcement figures. (At least in Larsson's vision of 21st-century Sweden, investigative journalism, charmingly enough, still matters.) His ex-lover Lisbeth has vanished from his life without a trace, and Mikael takes up again, in desultory fashion, with Erika (Lena Endre), his more age-appropriate co-worker.

We know, of course, that Lisbeth is back in Stockholm but living under the radar, dropping in occasionally on her ex-girlfriend Miriam (Yasmine Garbi) for a little Sapphic action -- and also on the loathsome rapist-lawyer Bjurman (Peter Andersson), with whom she has a little unfinished business. Actually, there's a whole lot of secrets-from-the-past, "Return of the Jedi"-style unfinished business in this movie, including revelations about what exactly Lisbeth did as a girl that got her locked up and classified as "mentally incompetent." (Spoiler police: If you want to get mad at somebody, blame Larsson and the filmmakers for giving away a key plot point in the title.)

Anyway, when Blomkvist's journalistic protégé, the one with the big prostitution scoop, is brutally murdered along with his activist wife, and the gun found in their apartment has Lisbeth's fingerprints on it, then we've got a crackerjack three- or four-way manhunt. Blomkvist searches for Lisbeth, certain that she didn't do it, and also hunts for the real killers; gloomy Jewish cop Bublanski (Johan Kylén) plods through his investigation, and if he's less convinced of Lisbeth's innocence at least he's not corrupt, unlike every other authority figure in the story. Lisbeth herself, of course, pursues all kinds of people, including the shadowy figures who've set her up. At the end of the road lie a notorious Russian gangster and his robotic minion, a big, blond palooka seemingly impervious to pain -- but as readers of Larsson's novels know, I'd better stop there.

As my critical mentor Joe Bob Briggs often used to say, there's way too much plot here getting in the way of the story, which makes it tough for Alfredson and cinematographer Peter Mokrosinski to focus on the series' strongest elements. Of course it's the character of Lisbeth that has made these books and movies into a worldwide phenomenon, and Rapace gets to ride motorbikes, steal cars and do some paramilitary, weapons-based action sequences. But Lisbeth is more a cog in a big, grinding engine in "The Girl Who Played With Fire," which at its best captures both the beautiful but lugubrious Swedish landscape and the existential mood of contemporary northern Europe, trapped between the info-capitalist future and the ideological prisons of the past.

People of Lisbeth's generation, and even Blomkvist's, aren't personally implicated in the crimes of World War II (the specter in "Dragon Tattoo") or the soulless gamesmanship of the Cold War (referenced here). But even in the Internet age they still have to live in the world those events created, and Larsson's genius was to suggest a connection between those cruel but supposedly dead ideologies and a continuing legacy of misogyny, rape and violence against women. This sense of history as a living, malevolent presence is largely alien to Americans -- William Faulkner aside -- and is just one of two or three dozen reasons why the Hollywood version of this story, if it ever gets made, is likely to get it all wrong.