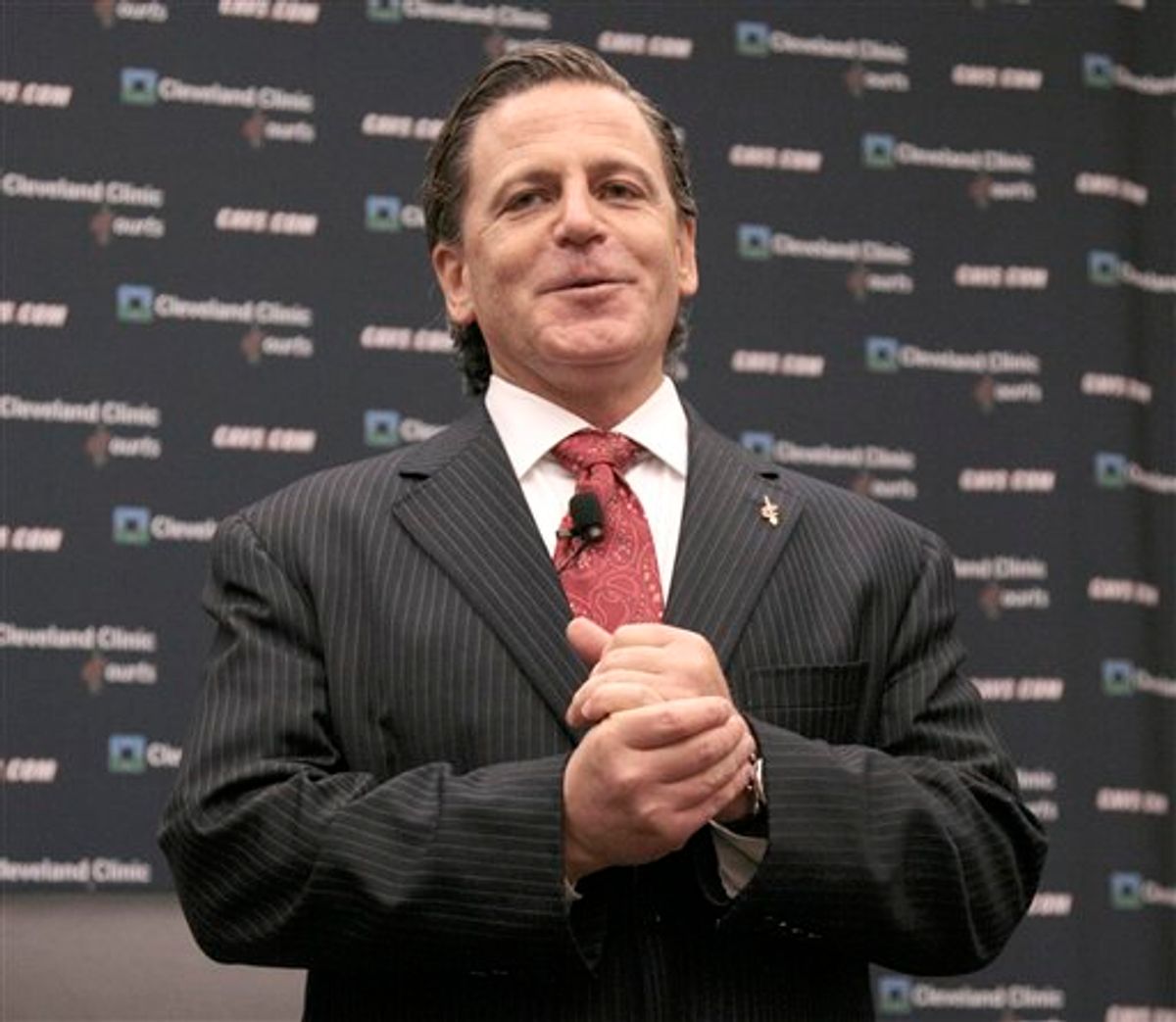 Mix a "Surreal Life" cast member with a crazed ex-girlfriend and the result is something close to Cleveland Cavaliers owner Dan Gilbert.

In his latest act of revenge, Gilbert's company Fathead, which makes life-size wall photos, has placed all items sporting James' likeness on clearance -- and everything must go.  After James spurned his hometown team for the Miami Heat, his three Fathead murals, previously available for $99.99, were slashed to $17.41, according to the Detroit News.

A steep discount, no doubt, and a humorous (if not petty) dig at James.  But the $17.41 price tag bears deeper significance.  In a not-so-subtle gesture, Gilbert links James to Benedict Arnold, the American general during the Revolutionary War who defected to the British Army, the poster boy of traitors.  Arnold's year of birth?  1741.

This comes after Gilbert posted to Cavaliers fans an open letter, in which he laments James' "cowardly betrayal" and personally guarantees the Cavs will win the NBA championship before the Miami Heat.

Yikes.  Hell hath no fury like an NBA owner scorned.