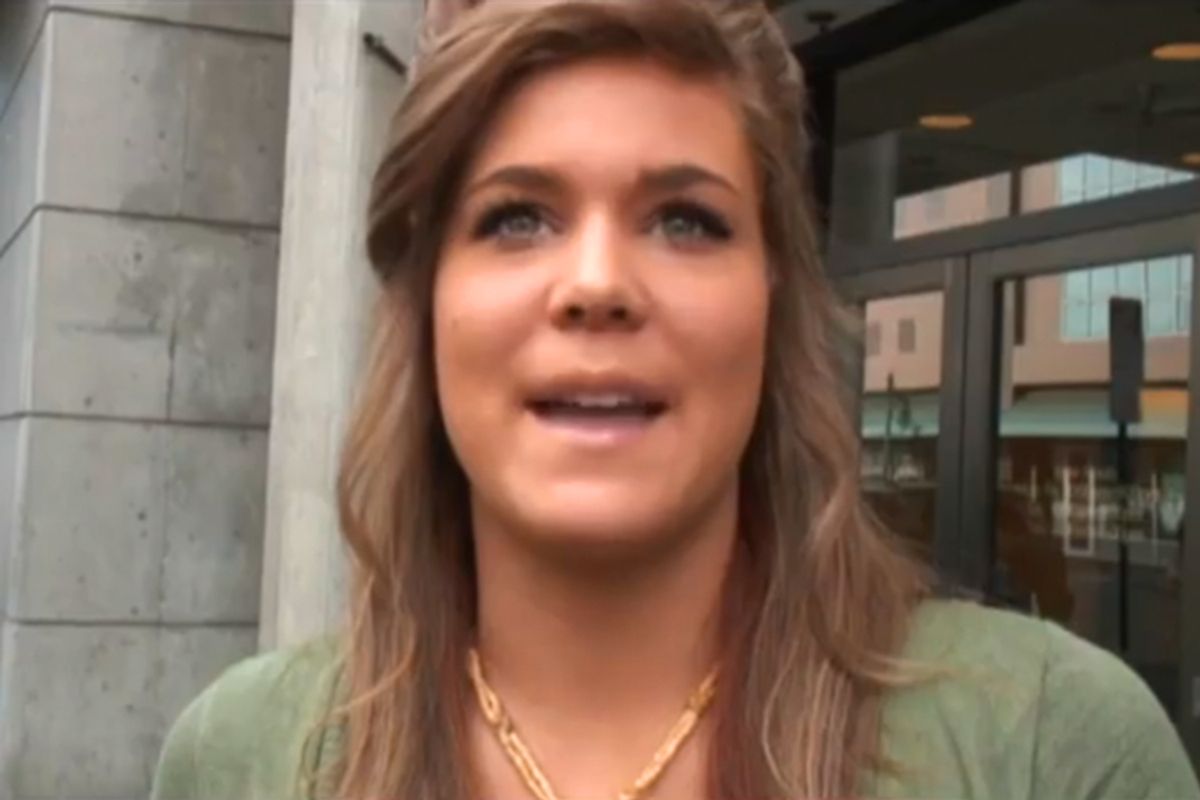 You would think that being the sibling of the man who impregnated the daughter of Sarah Palin would be enough to get a measure of fame in contemporary America. And you would be correct. Lending further credibility to the notion that all of civilization is rapidly becoming an episode of "The Hills," Levi's Johnston's sister Mercede has decided to bring her family drama to the place most suited to working out one's issues: the Internet.

While her almost sister-in-law Bristol made her acting debut and brother Levi, in a flash of 12-steppish gentlemanliness, made amends to the Palin clan for the "youthful indiscretion" of saying things about them back in November "that were not completely true," Mercede has been fanning the flames of discord like a Real Housewife on a bum batch of Adderall. Since launching her blog in June, Mercede has been eagerly fielding questions "about Wasilla, our life, and our family." But on Wednesday, she really lit the match, writing with all the panache of the little sis that she is that "I will NOT sit down and shut up!" Claiming that her brother had sent a message over the weekend that "if I did not take my blog down by Wednesday that I would never get to see him, or [his son] Tripp, again," Mercede launched into a grand, you're-not-the-boss-of-me tirade.

"I can sleep with a completely clean conscious [sic]," she writes, "though I am not sure that others have that luxury." The girl who's been outspoken regarding her disdain for Bristol from the get-go pointed the icy finger of blame directly at Levi's baby mama, " I will not allow myself to be controlled by Bristol Palin like my brother is!" and adding "Bristol I am sure this is not the outcome you were hoping for, but you should know that I don’t respond well to threats." Oh, it's on.

Assuming that Levi, or Bristol-by-way-of-Levi actually did demand Mercede stop blogging, why would they be so pissed? Could it be because just days earlier, Mercede posted the bombshell that Bristol and Levi "were sexually active and trying to conceive a child. As hard as it is for many of you to believe, they were indeed TRYING. It was NOT an accident!" Or that Mercede posts excerpts from what she claims is Bristol's Facebook page, wherein she tells Mercede, "I think this limelight gives you some sort of sick high. … I know you're desperate for attention, but enough was enough about a year and a half ago. You hold no title, and you have no class."

So far, the classiest-looking person in this whole is the guy who's shilled for pistachios.

You don't have to look too hard at Mercede's rambling discourse to see a truly wounded spirit. This is a girl with an absent father and a mother who's under house arrest. A girl who bears a tattoo of her brother's name on her wrist, who writes that "I love you Levi and Tripp, and I will be right here waiting for you to see that MY love comes with no strings attached." (Unlike someone else, someone whose name might just rhyme with Kristol Salin.) And God knows, there's more than enough vitriol against the Palins to keep one of its intimate critics in business for at least months to come.  "I am going to keep my head up and continue to speak out," she writes. Because for one small-town recently graduated Alaskan girl with a dysfunctional, high profile family, the best job in town right now seems to be venting about Bristol Palin.