Are low taxes exacerbating the recession? 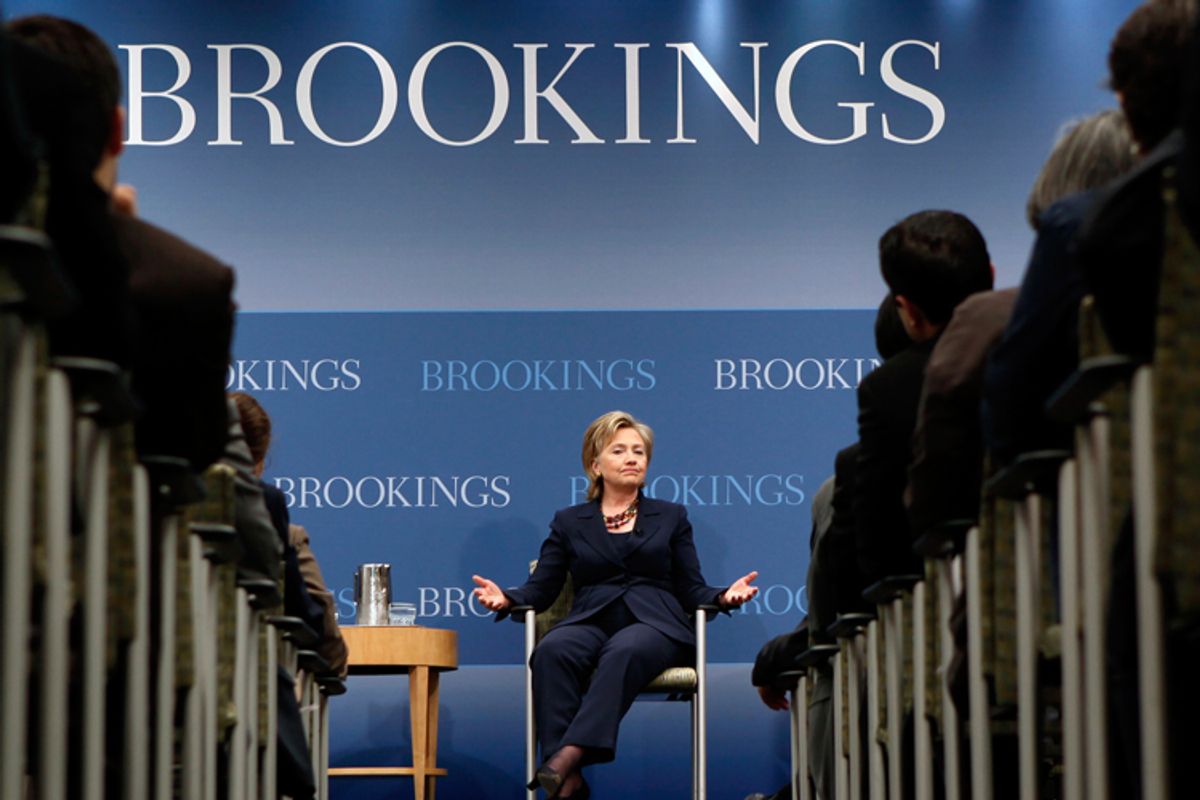 Secretary of State Hillary Clinton at the Brookings Institute
--

As the planet's economy keeps stumbling, the phrase "worst recession since the Great Depression" has become the new "global war on terror" — a term whose overuse has rendered it both meaningless and acronym-worthy. And just like that previously ubiquitous phrase, references to the WRSTGD are almost always followed by flimsy and contradictory explanations.

But as history (and "Freakonomics") teach, such oversimplified memes tend to obscure the counterintuitive notions that often hold the most profound truths. And in the case of the WRSTGD, the most important of these is the idea that we are in economic dire straits because tax rates are too low.

This is the provocative argument first floated by former New York Gov. Eliot Spitzer in a Slate article evaluating 80 years of economic data.

"During the period 1951-63, when marginal rates were at their peak — 91 percent or 92 percent — the American economy boomed, growing at an average annual rate of 3.71 percent," he wrote in February. "The fact that the marginal rates were what would today be viewed as essentially confiscatory did not cause economic cataclysm — just the opposite. And during the past seven years, during which we reduced the top marginal rate to 35 percent, average growth was a more meager 1.71 percent."

Months later, with USA Today reporting that tax rates are at a 60-year nadir, Secretary of State Hillary Clinton told a Brookings Institution audience that "the rich are not paying their fair share in any nation that is facing [major] employment issues ... whether it is individual, corporate, whatever the taxation forms are."

A prime example is Greece. While conservatives say the debt-ridden nation is a victim of welfare-state profligacy, a Center for American Progress analysis shows that "Greece has consistently spent less" than Europe's other social democracies — most of which have avoided Greece's plight.

On the other hand, the opposite is also true — as Clinton noted, some high-tax, high-revenue nations are excelling.

"Brazil has the highest tax-to-GDP rate in the Western hemisphere," she pointed out. "And guess what? It's growing like crazy. The rich are getting richer, but they are pulling people out of poverty."

This makes perfect sense. Though the Reagan zeitgeist created the illusion that taxes stunt economic growth, the numbers prove that higher marginal tax rates generate more resources for the job-creating, wage-generating public investments (roads, bridges, broadband, etc.) that sustain an economy. They also create economic incentives for economy-sustaining capital investment. Indeed, the easiest way wealthy business owners can avoid high-bracket tax rates is by plowing their profits back into their businesses and taking the corresponding write-off rather than simply pocketing the excess cash and paying an IRS levy.

In summing up her remarks, Clinton said that this higher-tax/higher-revenue formula "used to work for us until we abandoned it."

Though she felt compelled to insist, "I'm not speaking for the [Obama] administration," it was nonetheless a politically bold statement — so bold, in fact, that like all of the other corroborating tax facts, it was summarily ignored by politicians and the Washington media. They had their clichés to promote — and unfortunately, until they let substantive though uncomfortable ideas displace conventional wisdom, it's a good bet that the WRSTGD will continue unabated.