This week in crazy: Jake Pavelka

The former "Bachelor" was mean and snippy to his ex Vienna, but nothing says "nutso" like looking for love on TV 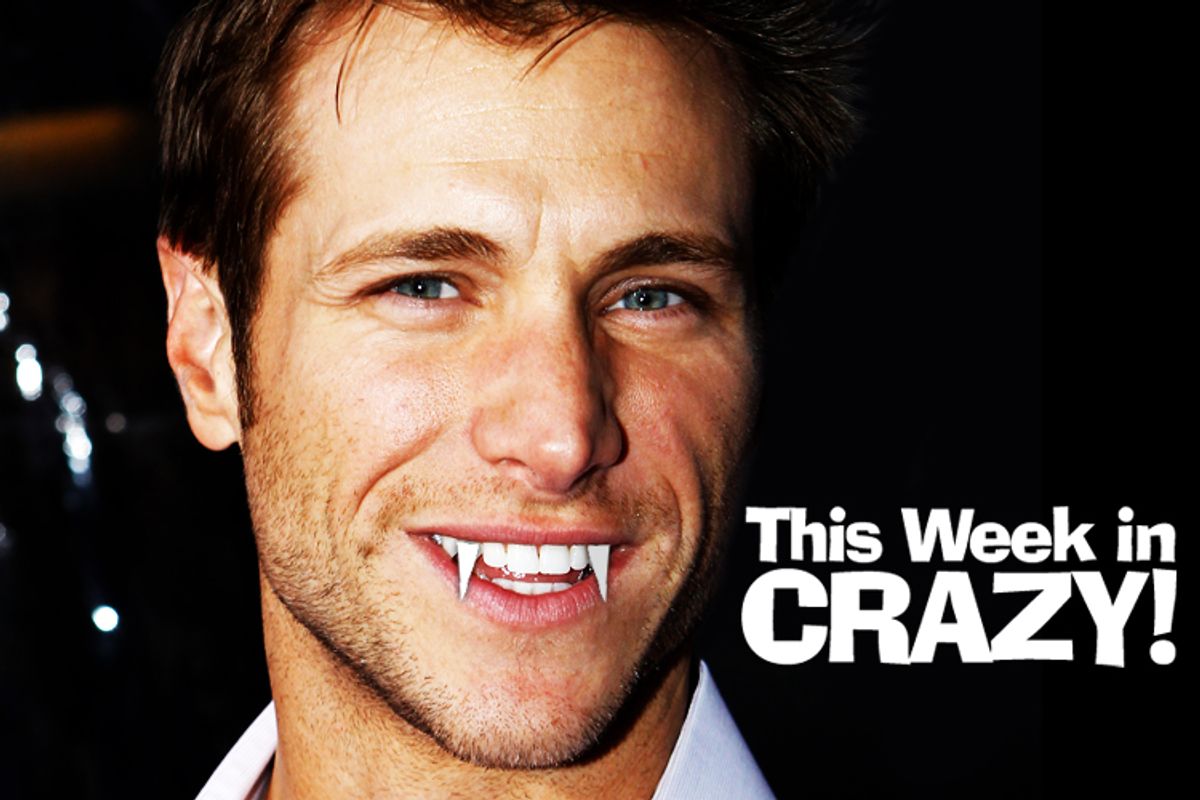 We've long suspected that starring on a show with a dubious track record like "The Bachelor" is an indication of possible wackness. But this week, Jake Pavelka took it to a whole other level.

Tenley must sure be feeling like she dodged a bullet these days. After not quite winning Pavelka's heart last March, she went back to being just another freelance bachelorette. It was love-her-or-hate-her contender Vienna Girardi who got the rose-strewn, tears-inducing proposal, the underwhelming declaration from her man on the cover of People that "I didn't make a mistake." It was she who got to watch as Pavelka went on to bust assorted moves on "Dancing With the Stars," she who uprooted herself to Los Angeles to be near him. Gee, what could wrong?

Then, faster than you can say, "I'm selling my story to the tabloids," the romance went south. There were accusations of infidelity from him and "intimacy issues" from her. What? A "Bachelor" engagement that went bust? Shut up. On Monday, it all culminated in the most! tense! reunion! ever! with the two estranged lovebirds going at it on a Very Special episode of "The Bachelorette."

Far be it from us to suggest that Vienna came off looking like the person we'd most want to share our headstone with, but Jake? He really outdid himself. Registering his "disgust" at the woman he described on a March episode of "Good Morning Texas" as "everything I've ever wanted and so much more," he went from the Aw, shucks breakup guy who insisted, "I'm still processing" and "I'm in a really confused emotional state" to Mr. Anger Issues once Vienna starting pushing his numerous buttons.

What was it about Jake's performance that creeped us out so? The admission that he ripped her GPS out of her hand and threw it in the back seat when she had the temerity to second-guess his directions? His snotty, "And another interruption!" when she cut in on one of his disses? His chilly excuse, when she called him out on his lack of affection, "There's more in a relationship than sex or intimacy," and the weirdly "Big Love"-like follow-up: "What guy in America would ever want to be intimate with a woman that undermines him… emasculates and doesn't respect [him]?" All of that, for sure. But mostly it was the unnervingly Patrick Batemanesque gritted smile he returned to again and again, with detours into stony silence when she described him as "someone who was emotionally and physically not there with me," and an outraged "Stop interrupting me!" as she burst into tears, that made us want to disinfect the inside of our television.

Sure, Vienna seems like a lady for whom the term "high maintenance" might have been coined. But you picked her, Jake. You went on national television in your quest to find her. Then you forfeited your conjugal duties in favor of prime-time waltzing competitions and GPS-induced tantrums. And for the pièce de resistance, Prince Charming, you reminded us how people who grin like that when they're really, really angry give us very bad dreams. You're not the first Bachelor, and you won't be the last. But dude, you're definitely the craziest.

The Bachelor This Week In Crazy