Sorry, Dems: Last-minute Vitter challenge doesn't add up to much

A former state Supreme Court justice jumped into the GOP primary at the last second. But it won't change much 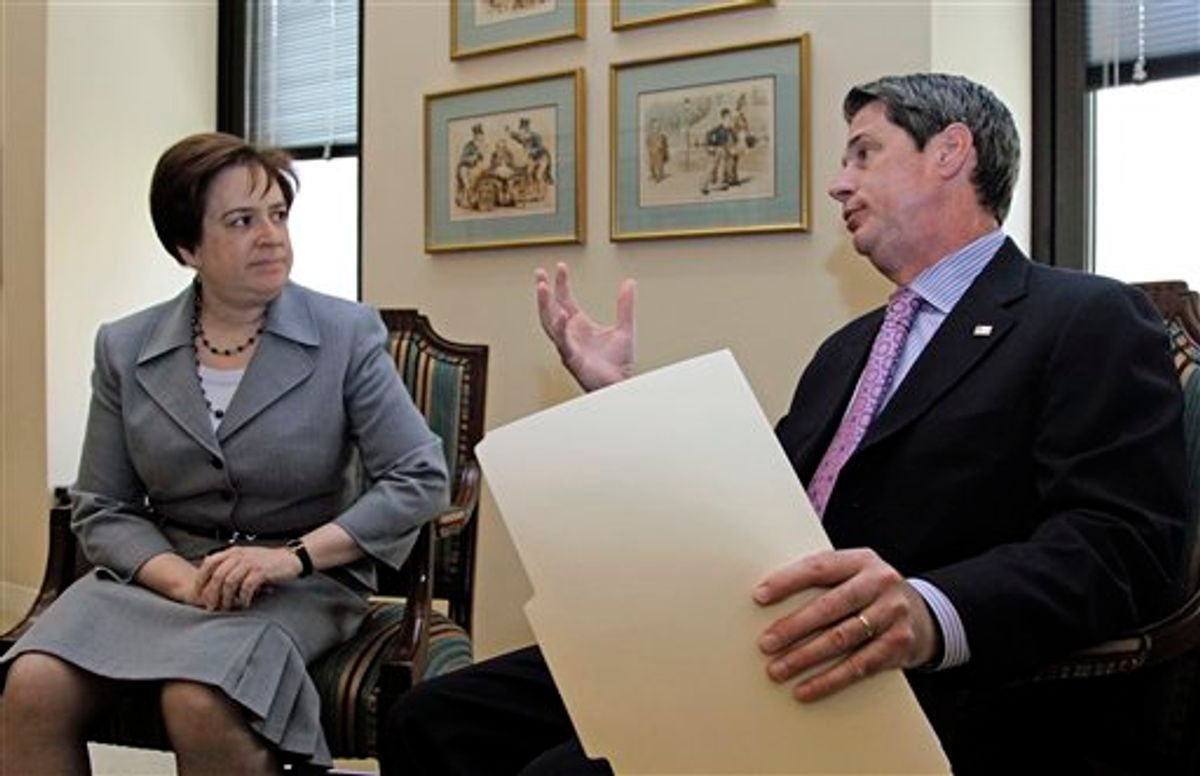 That’s no surprise, since Vitter is a liberal bête noire with obvious vulnerabilities: specifically, his involvement in a 2007 prostitution scandal and, more recently, his less-than-persuasive explanations regarding Brent Furer, an aide who remained on staff for two years despite being involved in a serious domestic dispute.

But in talking up the challenge from Traylor, those who dislike Vitter may be engaging in some wishful thinking. Here’s why:

First, Traylor cannot credibly claim that the rejection of Vitter is essential for the GOP to hold the seat. As I recently wrote, Vitter remains in a very strong position against his Democratic challenger, Rep. Charlie Melancon, despite his travails.

Second, money matters. Vitter has about $5.5 million on hand. Traylor has whatever he has managed to raise since Friday night. Of course Vitter won’t want to splurge cash on the primary so recklessly as to weaken himself for the general election, but his war-chest is still an enormous advantage with the primary date (August 28) just seven weeks away.

Third, history tells a tale. Despite the recent examples of Bob Bennett in Utah and Arlen Specter in Pennsylvania, denying an incumbent senator his or her paty's nomination is very, very difficult. It has happened only six times in the past thirty years.

Fourth, Traylor’s judicial record makes him more than a gadfly candidate, for sure -- but it’s not clear how much more. The two people whom the Vitter camp had really feared were Louisiana’s Secretary of State Jay Dardenne and Family Research Council President Tony Perkins. Traylor is not widely known beyond the political cognoscenti -- as evidenced by the surprise that greeted his declaration of candidacy -- and will have to build a statewide vote-getting operation from scratch.

Fifth, one of the factors seized upon in the past 48 hours has been the purported capacity of Traylor, who comes from the north of the state, to "exploit the old rural-urban (or New Orleans v not New Orleans) fault lines," as TPM’s David Kurtz put it.

While those fault-lines undoubtedly exist, it’s important not to oversimplify their nature. The heart of New Orleans may be a Democratic redoubt, but the surrounding territory -- Vitter’s heartland -- is just as politically crimson as the rest of the state. Vitter’s home county, Jefferson, went for John McCain over Barack Obama by a margin of more than 48,000 votes in the 2008 election. So, Vitter has plenty of 'hometown' Republican support to work with, even in the event of a clean geographical split in the primary.

There is, of course, a large asterisk to be placed beside all this. If further scandal hits Vitter -- could it come from more revelations on the Furer matter? -- all bets may be off.

If that does not happen, Traylor might still complicate Vitter’s re-election bid -- but he will surely struggle to derail it.