Is Mel Gibson too talented to boycott?

The move to shun the disgraced movie star gains steam. But what if his next film is great? 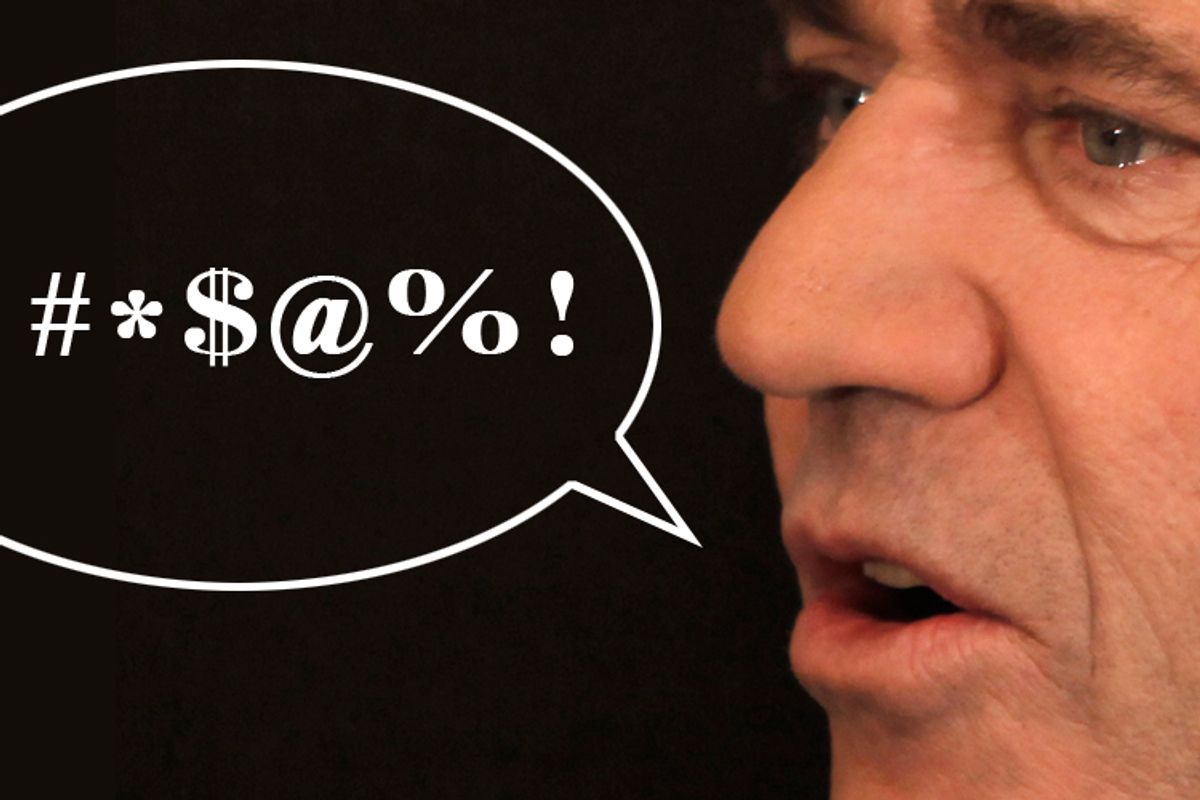 The calls for a boycott against Mel Gibson began days before RadarOnline finally released, on Friday, that damning audio purportedly of him telling girlfriend Oksana Grigorieva that "You look like a fucking bitch in heat. And if you get raped by a pack of niggers it will be your fault." They came before Radar released, on Monday, more audio allegedly of him, screaming like a loon, when she accused him of hitting her, that  "You know what, you fucking deserved it!... I'll fucking put you in the rose garden, you cunt."

President of the Los Angeles Urban Policy Institute Earl Ofari Hutchinson had already called for boycotting  Gibson earlier this month, as had women's blogs like Radical Profeminist. And Tablet magazine noted back in January that Jewish groups, still smarting from his anti-Semitic remarks following his 2006 arrest, had the same idea of staying away in droves from his last movie, "Edge of Darkness."

What is the public to do with an Academy Award-winning A-list movie star with lengthy record of severe antagonism toward Jewish people, African-Americans, women and, lest we forget, gay people? Or a popular young singer who gets arrested on felony battery charges? Or a brilliant director who sexually assaulted a teenage girl?

It's one thing to avoid works we find offensive, to decide that an Eminem song or "The Killer Inside Me" is not where we're going to throw our money. But what about when the work doesn't directly relate to the messed-up person behind it? When artists do terrible things, are we uniformly obliged to, as Jezebel declared of Gibson Monday,  put them on "the Do Not Support List"? Nearly 130 years after his death, after all, audiences are still protesting performances of the music of Richard Wagner, whose anti-Semitism was legendary.

The level of shunning we're willing to put in seems to have everything to do with how fond we are of the work. It's easy to just say no to Michael Richards, whose 2006 racial epithet-strewn tirade to a heckler all but killed his career. How great had his post-sitcom stand-up act been going anyway? Yet Charlie Sheen has been able to rack up a long history of violence and still be the most highly paid man on prime time.

Which brings us to Gibson. As he finds himself the focus of a domestic violence investigation and dumped by his agency, William Morris, entertainment pundits are falling over themselves to speculate whether his career is kaput. He's certainly reeking of all kinds of poison today, but we may have to wait until his next starring vehicle, the unfortunately named "The Beaver," comes out to know for sure. The unorthodox comedy, directed by and co-starring Jodie Foster, casts Gibson as a man with a weirdly close relationship with a hand puppet. It was originally slated for later this year but is now in limbo.

If film fans still revere "Gallipoli" and "The Year of Living Dangerously," it's not exactly a statement of support for Gibson's current career path as a hate-filled dick. And it's no great challenge to look at his films of the past several years and nobly decree that if he's got another "What Women Want" or "Signs" in him, we're skipping it. Take that! But what happens if "The Beaver," with its much-buzzed-about screenplay, is great? Do we stay away, despite the long list of non-abusive people who worked on it as well? Do we say, screw you, pal, after all the subhuman stuff you've pulled, no one should ever fork over a dime for anything with your name on it ever again? Is this the moment, after years of his bullshit, we finally say, Mel Gibson, you don't get to be a movie star anymore?

And yet, people still go to Wagner operas. They see "The Ghost Writer" and download Chris Brown's "Run It!" and play convicted killer Phil Spector's Christmas album. I do too. I don't want to give my money to support people who disgust me, but I don't kid myself that being a disgusting person drains that person's work of its artistic merit. Talent isn't relative to goodness. So in the speculating over whether Gibson can save his career, the answer seems to be not in whether he can atone for his spectacularly horrible behavior, but whether he can still make a good movie.