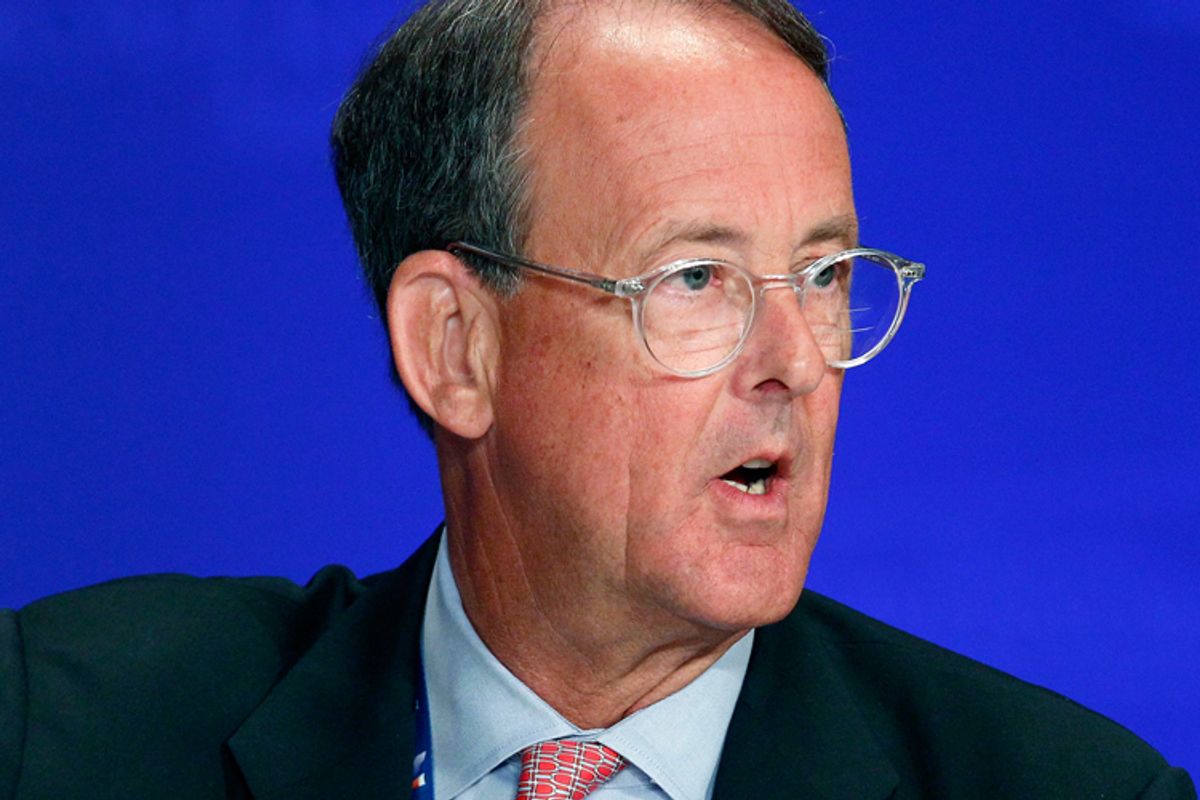 We must do something about the deficit, and the debt! Unless we act right away, America is doomed. This is why Obama set up a bipartisan commission to make some recommendations about what to do about the deficit that Congress will eventually not vote on if they contain any tax increases.

Every Serious Person in Washington believes that The Deficit is as much of a threat to our nation's security as Saddam Hussein's nuclear and biological weapons were. Serious People also agree that we cannot "raise money" with "taxes" to solve this problem.

The commission's report is not yet finished, but it is a foregone conclusion that what to do about the deficit will probably turn out to be "severely scale back the social safety net." Take it away, commission chairman Erskine Bowles:

The commission leaders said that, at present, federal revenue is fully consumed by three programs: Social Security, Medicare and Medicaid. "The rest of the federal government, including fighting two wars, homeland security, education, art, culture, you name it, veterans -- the whole rest of the discretionary budget is being financed by China and other countries," Simpson said.
[...]
Bowles pointed to steps taken recently by the new coalition government in Britain, which also faces an acute budgetary problem, as a guide to what the commission might use in its recommendations. That would mean about three-quarters of the deficit reduction would be accomplished through spending cuts, and the remainder with additional revenue.

Or, you know, instead of asking the well-off to contribute as much as everyone else does, we could maybe just not give people their Social Security until they are 70, instead of 65. That sounds like a fine and sensible idea if you are a currently old person whose work is easy and enjoyable and rewarding enough that you continue doing things like being on deficit commissions long after you could've retired.

Of course, most currently young Americans who aren't on deficit commissions will be working minimum wage service jobs cleaning and shining the robots that feed and nurse the nation's Aspen Ideas Festival panel participants, and those Americans might enjoy the opportunity to retire with their meager checks before the robot wax completely blinds them.

On the other hand, future 70-year-old wage slaves, the deficit! The deficit is soooooo big!