Is the Minnesota congresswoman more popular than the queen of the Tea Parties? 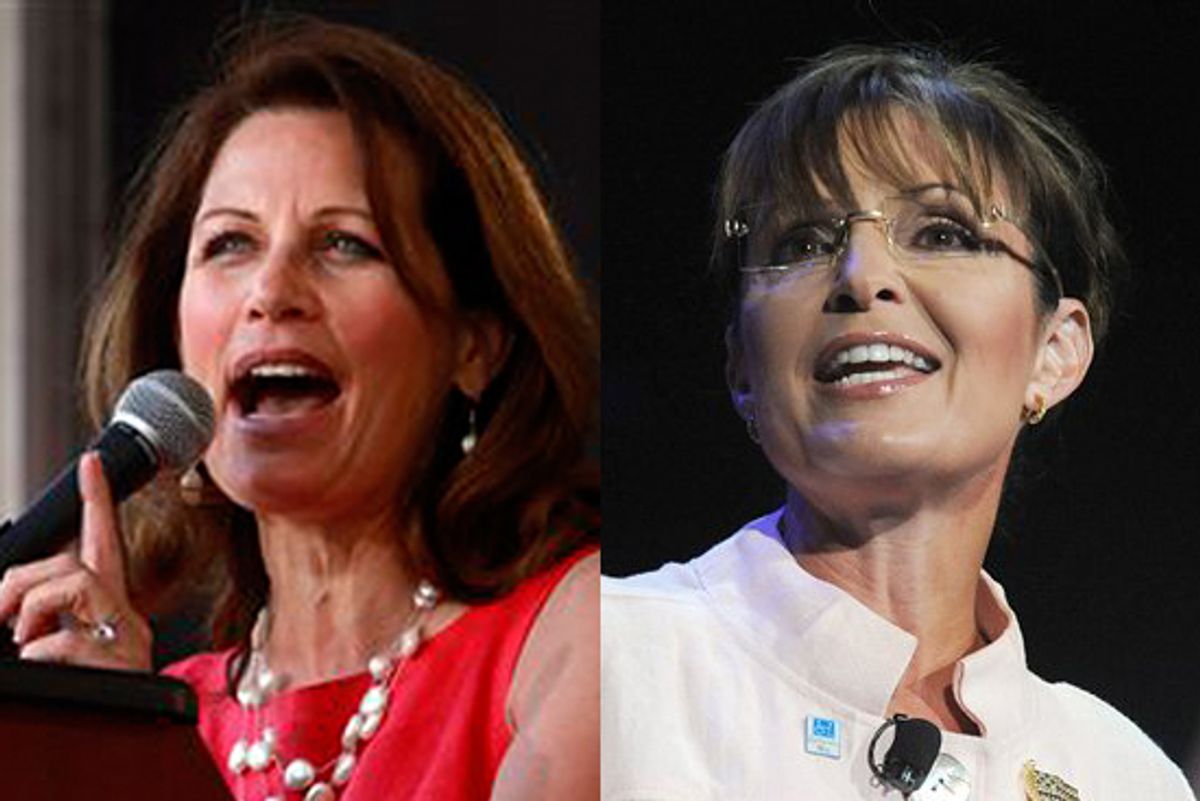 At FrumForum, Tim Mak notes that despite the fuss about the $865,000 Sarah Palin raised for her PAC last quarter, she was out-raised by both Mitt Romney and Michele Bachmann, a simple congresswoman who is not actually running for the 2012 nomination. (As far as anyone knows.)

Minnesota's favorite baby-farmer Bachmann raised $1.7 million last quarter, despite the fact that, unlike Palin and Romney, she ostensibly has a job. Does this make Bachmann a dark-horse candidate for the GOP nomination? She shares much of Sarah Palin's political skill and ambition, plus the ability to speak extemporaneously.

But first she will have to win reelection. (Right? Won't she? Or is having a job considered a liability for 2012 candidates?) Bachmann's opponent, Tarryl Clark, raised $910,000 last quarter, bringing her total to $2 million so far. According to a SurveyUSA poll, Bachmann has a surprisingly slim 9-point lead.