But the popular measure still has another hurdle to contend with: The country's constitution 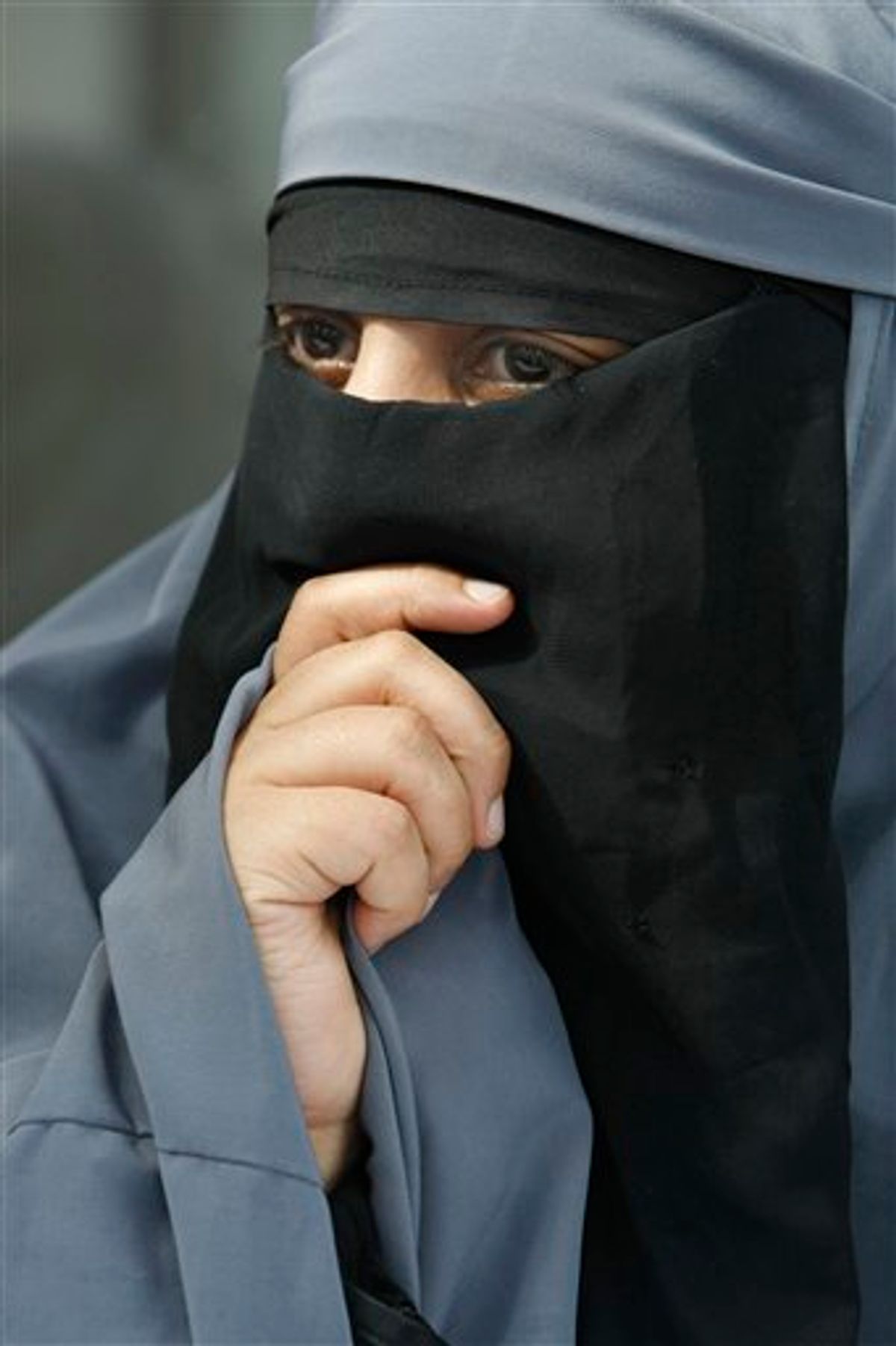 France's Kenza Drider, dressed in a niqab, speaks with reporters during a press conference in Montreuil, east of Paris, Tuesday May 18, 2010. The French government will examine Wednesday, a proposed bill forbidding burqa-style Islamic veils that cover the face, on the grounds that they do not respect French values or women's dignity.(AP Photo/Remy de la Mauviniere) (AP)
--

France moved one step closer today to saying au revoir to the burqa.

By a landslide vote of 336 to 1, the lower house of the French Parliament approved a ban today on the full head-and-body veil in public spaces, capping off more than a year of contentious debate on the issue. In a strange and fittingly French twist, however, some 200 liberal M.P.s walked out and abstained from casting a ballot at all -- so as best to demonstrate their opposition to both the nature of the ban and the burqa itself. The lone dissenting vote came from a conservative M.P. named Daniel Garrigue, who told a reporter for the French paper Le Monde, "in fighting extremist behavior, we risk sliding towards a totalitarian society."

Justice Minister Michele Alliot-Marie, however, called the approval of the measure, which enjoys the support of some 80 percent of French citizens, a victory for humanitarian values that "are the foundations of the greatness of France." If passed by the Senate as expected later this year, the law will make wearing the burqa a crime punishable by a fine of approximately $200, as well as impose a far steeper penalty -- up to $40,000 and a year in jail--on any man found guilty of forcing a woman to veil.

Even if the ban gets the approval of the full Parliament, however, it is still likely to face another challenger, the French Council of State, which advises on "no uncontestable legal basis can be found for an outright and generalized ban on the wearing of the full veil." So we'll still have to wait and see where the chips ultimately fall on this one. For now all I can say is that it's a pretty bizarre way for the French to ring in their independence day.