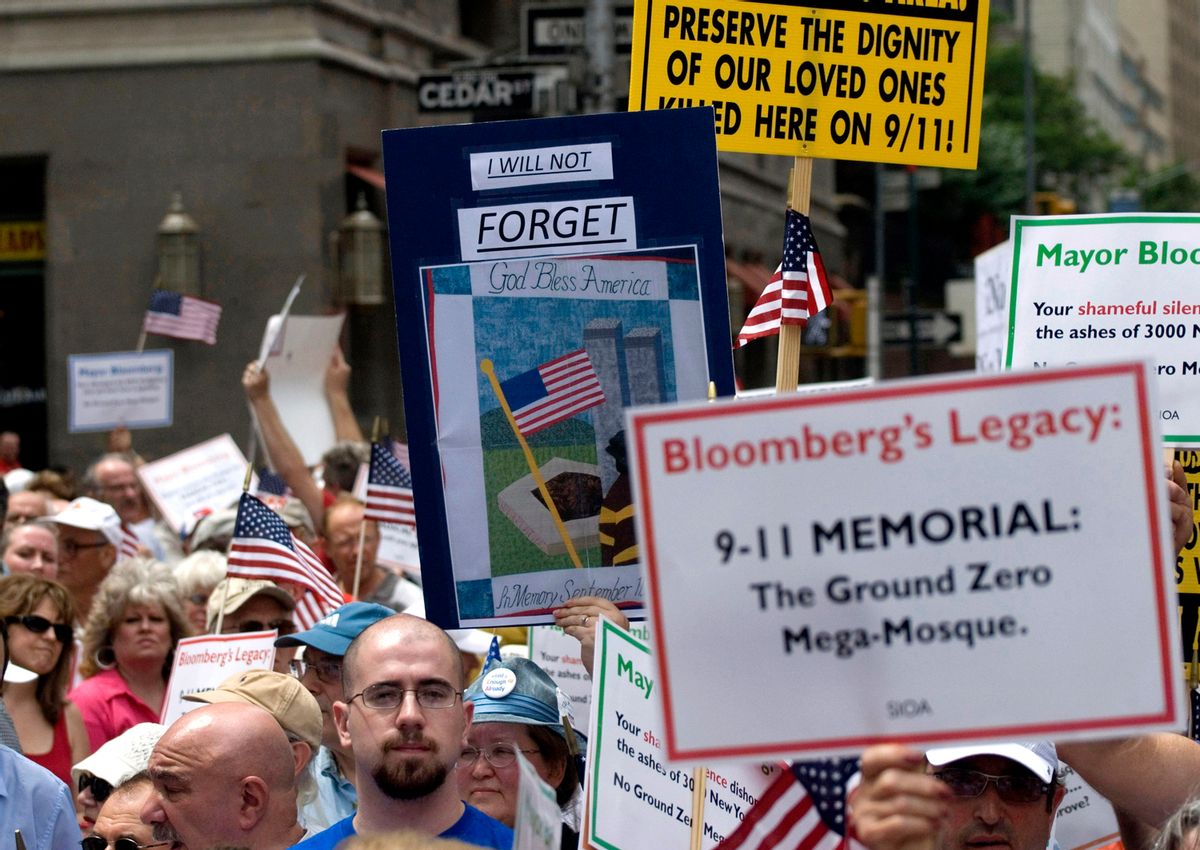 A group of Muslim-Americans would like to build a community center in lower Manhattan. The planned 10,000-square-foot center will include a prayer space. This has led some truly terrible people (most of whom do not live in lower Manhattan) to lead protests against what they are calling the "Ground Zero Mosque." Through misinformation and shameless fear-mongering, they've got a slim majority of New Yorkers opposing the planned community center as well. (Specifically, 36 percent of Manhattanites oppose it. And 73 percent of Staten Islanders.)

The local community board voted unanimously to approve the Cordoba House, so the best hope the anti-mosque forces have is to either scare the Muslims away with vicious intolerance or to hope that the New York City Landmarks Preservation Commission decides to protect the century-old building at 45 Park Place. (If the commission votes to protect the building, the Cordoba House could still be built as long as the facade is protected.)

There is a hearing today on the landmark status of the building. So, of course, GOP gubernatorial candidate Rick Lazio is testifying about how the Cordoba House planners will not answer his many questions about their fundraising, which is all just code for TERRORISTS TERRORISTS TERRORISTS. (Someone has already been thrown out of the meeting.)

If you're worried that future tourists to the WTC site will accidentally wander into the mosque and become radicalized Islamic terrorists (that is, I think, the fear here), one man has proposed a solution:

Bill Keller, a televangelist from Florida, announced Monday that he is building a $1 million Christian center in lower Manhattan in response to the Cordoba Initiative’s plans for a 13-story mosque and community center there.

"If they can put a mosque near Ground Zero, we should be able to put a Christian center near Ground Zero and give people a choice," Keller told DNAinfo in a phone interview Tuesday morning. He called the Islamic center "a spit in the face of the people of New York."

Here are some of the many wonderful things about this story:

If we don't give in to the most reactionary anti-Muslim forces in the nation, the terrorists who seek to convince Muslim youths that we're a reactionary, anti-Muslim nation will have won.