The president hopes to recapture Clintonian budget surplus magic with his nomination of Jacob Lew. It won't happen 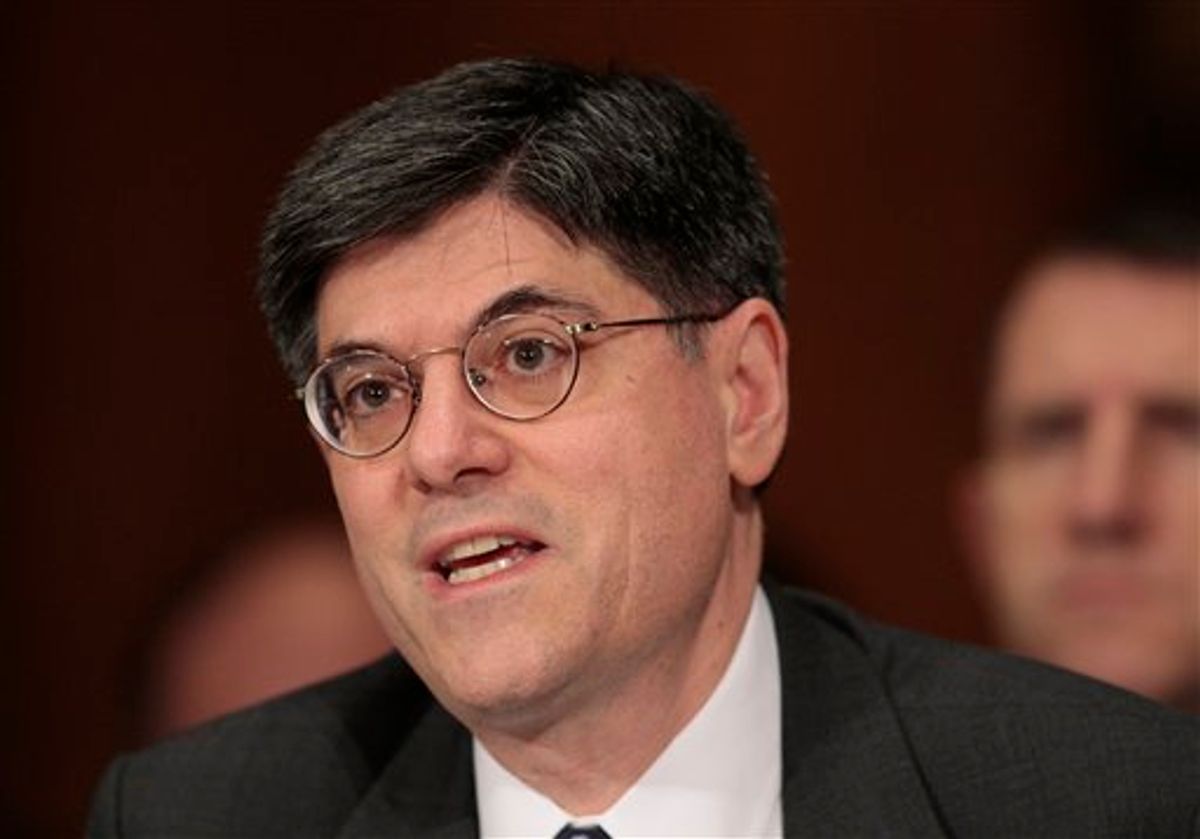 The symbolic significance of President Obama's new pick for a budget director, Jacob Lew, is obvious. Put aside, if you can, your irritation at Lew's stint as a hedge-fund manager at Citibank (which, as Salon's newest hire, Justin Elliot, points out, Obama cravenly did not mention during his review of Lew's résumé during his public remarks). The point Obama wants to make with this nomination is all about the deficit. As Bill Clinton's last (of four) budget directors, Lew presided over something practically unique in modern American (post-Lyndon Johnson history): a budget surplus.

As deputy budget director for Mr. Clinton, Mr. Lew helped negotiate the 1997 balanced budget agreement with a Republican Congress. Once again, Republicans appear to be in position to take control of the House in the mid-term elections this fall, and Mr. Obama has said he intends to make the GOP live up to its pledges to help bring the deficits under control.

"The experience and good judgment Jack has acquired throughout his impressive career in the public and private sector will be an extraordinary asset to this administration's efforts to cut down the deficit and put our nation back on a fiscally responsible path," Mr. Obama said in a statement.

"As the budget director who left the next administration a $237 billion surplus when he worked for President Clinton, I have no doubt that Jack has proven himself equal to this extraordinary task," Mr. Obama said.

Sorry, Mr. President, but "Jack" will under no circumstances be equal to this extraordinary task. During Jacob Lew's tenure as Clinton budget director, the U.S. economy was booming. Tax receipts were growing year-on-year, as opposed to falling, as they are currently. (SEE UPDATE BELOW). If Lew, Obama and a new crop of Republicans attempt to balance the budget after the midterm elections, they will have to come up with a program of spending cuts and tax hikes that will have about the same effect on the current sputtering economic recovery as a guillotine has on the heads of 18th century French royalty.

So not only would it be a miracle beyond belief to return, in any short-term political time frame, to the era of Clintonian budget surpluses, but it's the wrong policy message to send. If the Clinton years should teach us anything, it's that's budget balancing is a job best accomplished when the economy is humming and unemployment is low. Those conditions do not currently prevail. Obama might as well have nominated Don Quixote for budget director.