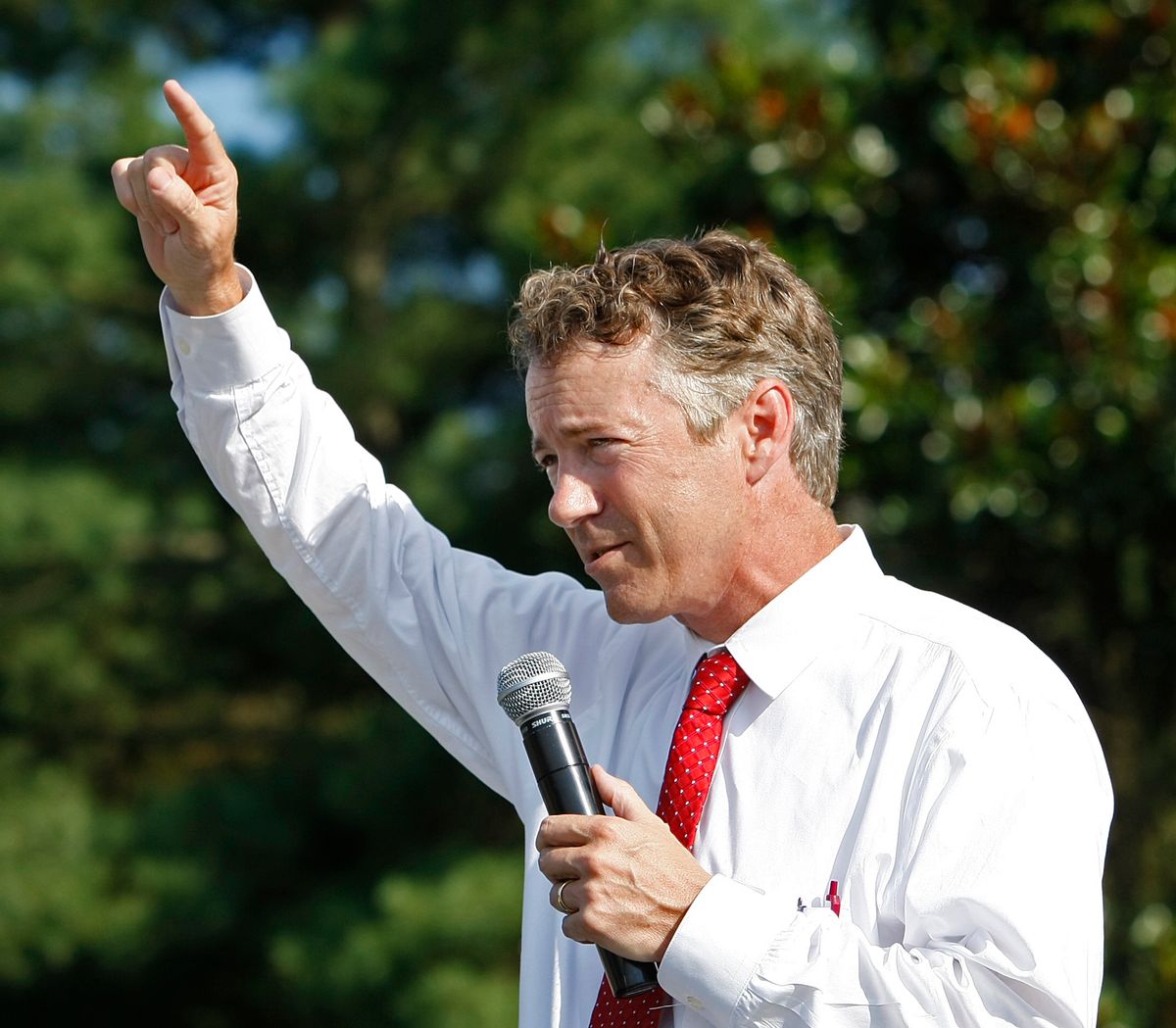 I haven't heard much about Kentucky Senate candidate Rand Paul lately, have you? He seems to be keeping pretty quiet! His new strategy is to not say stupid things to the national press, and to instead just focus on local issues. But a candidate has to raise money. For a Republican candidate, that means Fox News appearances and trips to meet the money people of New York. (New York is full of people who give strangers thousands of dollars to go ruin places they'll never see, like "Kentucky" and "Nebraska" and "Prospect Heights, Brooklyn.")

So this week, Rand Paul officially part ways with his cool, old campaign manager -- the one who was about the music, man -- and took a grand old tour of New York City.

The National Review's Rich Lowry says Paul is clearly opposed to the war in Afghanistan, but refuses to say anything about it publicly "out of respect for the Constitution." Not, I guess, out of respect for his desire to get elected as a Republican in Kentucky. (C'mon, Paul, your pocket constitution has this little clause in it about how Congress has the exclusive power to declare war. They are not supposed to stay out of it!)

It is this sort of cowardly refusal to state -- let alone argue for -- his principles that makes Dave Weigel not like Rand Paul anymore.