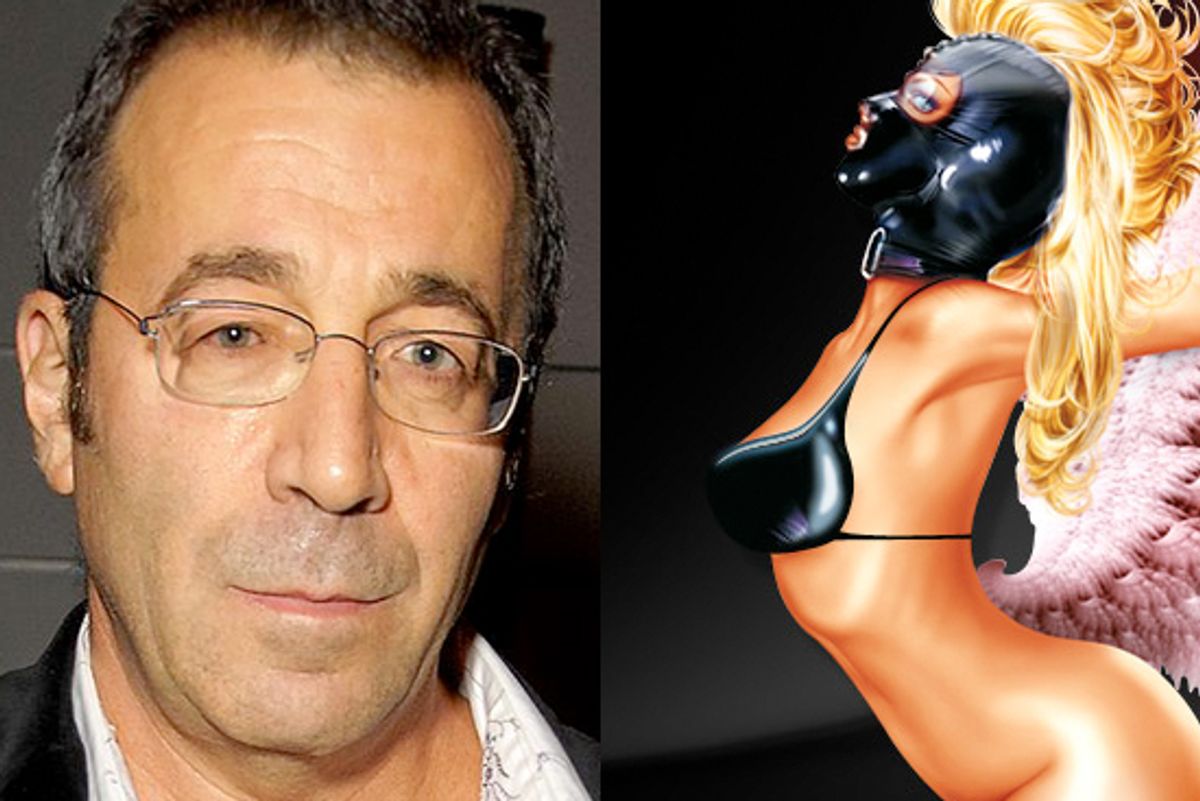 John Stagliano, better known throughout his long career simply as "Buttman," is a pornographer. As a director and the head of Evil Angel pictures, he has given the world such classics as "Nudes A-Poppin 7" and "An American Buttman In London." He is a multiple Adult Video News Award winner, and easily one of the most recognized names in adult entertainment. And today, Stagliano is something else: a defendant. He's facing up to 32 years in prison and $7 million in fines, in the first adult porn obscenity case in Washington, D.C.'s U.S. District Court in over two decades. And you thought the fight against pornography died with 1986's Meese Report. Au contraire, smut-mongers.

Pornography has had its day in court before, notably in 1973's Miller v. California, which established the three criteria for a work to be deemed "obscene." Going beyond the old "I know it when I see it" test, Miller set the standard: that "the work depicts/describes, in a patently offensive way, sexual conduct specifically defined by applicable state law"; that it, "taken as a whole, lacks serious literary, artistic, political or scientific value"; and for the kicker, that "the average person, applying contemporary community standards would find that the work, taken as a whole, appeals to the prurient interest."

It's the "community standards" part, which dates even further back, to Justice William Brennan's decision in 1957's Roth v. United States, that's the stickiest of wickets. The obscenity test, which Judge Richard J. Leon has instructed Stagliano's jury to apply, remains unchanged, even though, in the four decades since Miller, cable and the Internet have redefined our concept of community. Your cable system, your phone provider and that nice Marriott you stayed at on your last business trip, after all, do brisk business bringing you naked people engaged in sexual congress. (According to one estimate, half of all hotel guests buy in-room adult movies. The road really does get lonely.)

But why go after respectable multinational businesses when there's an outspoken guy with an ass fetish out there? And that's how, in this sex-riddled day and age, John Stagliano found himself in court.

The story starts in 2005, when the Bush administration created the Obscenity Prosecution Task Force dedicated "exclusively to the protection of America's children and families through the enforcement of our Nation's obscenity laws." And enforce they have, successfully prosecuting fetish filmmakers like Max Hardcore and Ira Isaacs. But Stagliano is big game. So in December 2007, an FBI agent paid $57.48 for "Jay Sin's Milk Nymphos" and "Storm Squirters 2: Target Practice," and watched the trailer for "Fetish Fanatic 5" -- none of which, by the way, Stagliano directed. On April 8, 2008, he and his production company Evil Angel were indicted on federal obscenity charges.

In her opening statement Tuesday morning,  prosecutor Bonnie Hannan told the jury, "This case is about crossing the line," saying the material in question "exceeds the bounds of decency." Court papers describe the films as containing "numerous scenes of urination, use of enemas and violent bondage. In a number of scenes, participants ingested urine and excretion from the enemas."

But while enema excretion may not be your two girls, one cup of tea, the notion of sending a guy away for something anybody with Internet access can find in under two seconds seems ludicrous -- something clearly defined as explicit content, from a man who says, "I don't want porno to be in the faces of people who don't want to see it." Yet as the Obscenity Prosecution Task Force helpfully explains, "The welfare of America's children and families demands the vigorous enforcement of obscenity statutes." Because what goes on between consenting adults over the age of 18 and is distributed to consenting adults over the age of 18 is threatening the welfare of the family and therefore a crime.

Stagliano, who has said he will take the stand on his behalf, says he thinks the FBI went after him because "maybe I am a bigger pornographer and it will have a greater impact in terms of the battle that the anti-obscenity task force is waging. If they get a victory against me it is more significant than Max Hardcore or animal sex movies or something like that."  And, indeed, whatever the jury decides, Judge Leon certainly seems to have a particular inclination -- he's refused to allow testimony from a sex therapist on the films' merits, saying it "would do very little to assist the jury" and is restricting the films from being shown to the jury in their entirety, which pretty much wipes that "taken as a whole" part of the Miller test away.

Stagliano has said he'll take his case to the Supreme Court if necessary. Whatever the outcome, the moment in our legal history when at last we recognize that community is now everybody with a computer, that "prurience" is in all our cable boxes and our hotel rooms -- and that civilization has somehow managed to continue to exist anyway -- may soon be upon us. Sometimes, the fight for the First Amendment comes down to a movie about milk nymphos.