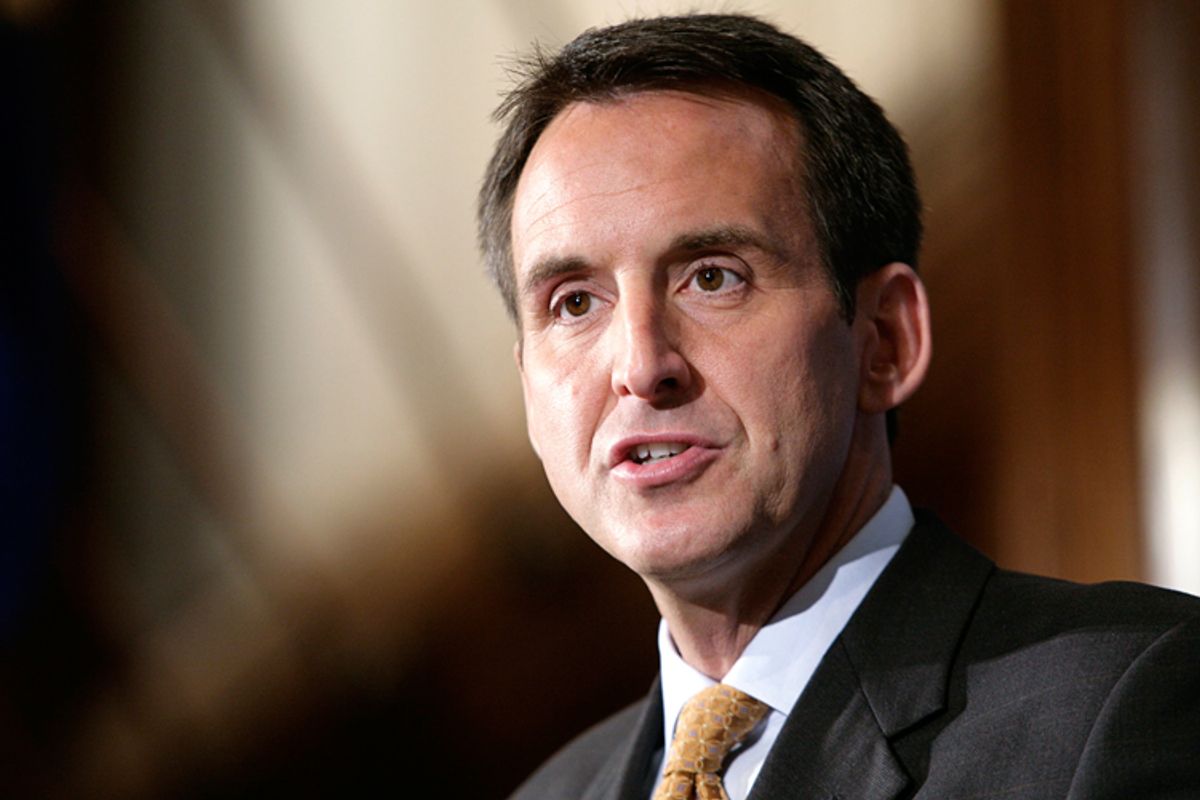 Minnesota Gov. Tim Pawlenty went on Fox News, ostensibly to talk about fiscal policy but actually just to continue raising his profile among conservatives in preparation for his 2012 presidential campaign. They asked him about their newest outrage, a flawed study from a conservative organization showing that a couple of hundred felons may have illegally voted in the 2008 Senate race between Al Franken and Norm Coleman.

“They seem to have found credible evidence that many felons who are not supposed to be voting actually voted in the Franken-Coleman election,” Pawlenty said.

He continued: “I suspect they favored Al Franken. I don’t know that, but if that turned out to be true, they may have flipped the election.”

But how "credible" is the "evidence"? Phil Carruthers, the director of the prosecution division of the Ramsey County attorney's office -- the guy actually investigating the supposed illegal votes -- says not that credible.

Minnesota Majority, the conservative group behind the study, could only identify hypothetical felons on voter rolls by name and year of birth. Half of Minnesotans are named Peterson, Johnson or Olson. There are plenty of Minnesotans with the same name, born in the same year. And Minnesota Majority didn't have access to changes in sentencing, meaning some of the people they correctly identified as felons could've had their probation reduced, at which point they would've become legal voters again.

According to Carruthers, 270 of Minnesota Majority's 475 supposed examples of felons voting "were just not accurate." Which leaves 205 possibly illegal votes. Franken won by 312.

Not that that "fact" matters. This, like the New Black Panther Party and ACORN voter fraud and whatever else, is a trumped-up non-scandal that will soon become an accepted part of Conservative Mythology. "Al Franken won the election because felons voted for him" will be one of those nuggets of misinformation that no amount of debunking will ever dislodge. For contributing to the descent into conspiratorial dumbness of half of the electorate, Gov. Pawlenty will be rewarded with campaign contributions from true believers. Good luck, Tim!

(And, ye gods, Star Tribune, why don't you fact-check Pawlenty? Or add any sort of context? Argh.)