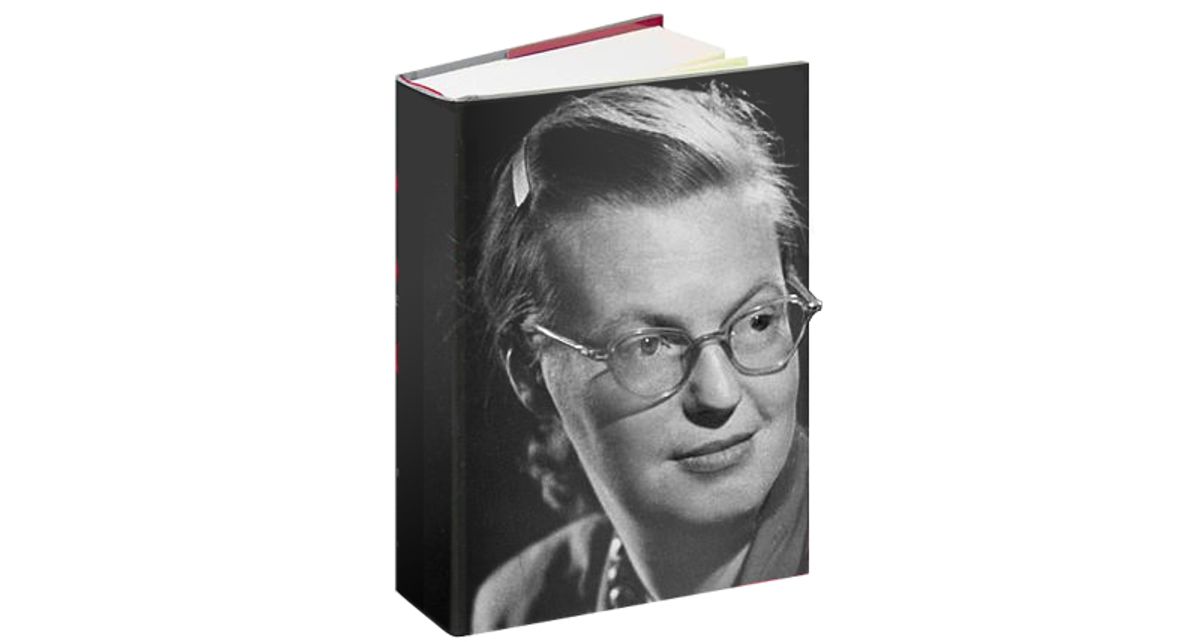 The Shirley Jackson Awards for excellence in "literature of psychological suspense, horror, and the dark fantastic" were awarded over the weekend, and the results are a refreshing mix of well-known and emerging writers, from large and small presses working in both literary and genre traditions -- or, rather, in the wild and fruitful territory between the two. The awards are only 3 years old, but have already proved a fitting tribute to a writer who roamed freely over similar ground and has never quite gotten the respect she deserves.

In fact, it's a banner year for Jackson's legacy: the Library of America has just published "Shirley Jackson: Novels and Stories," edited by Joyce Carol Oates and containing 47 short stories in addition to her two most celebrated novels, "The Haunting of Hill House" and "We Have Always Lived in the Castle." Yet these laurels were tarnished a bit in April, when Newsweek critic Malcolm Jones used the publication of the Jackson volume as the occasion for an essay asking whether the LOA was running out of important writers to publish. "Shirley Jackson?" he wrote. "A writer mostly famous for one short story, 'The Lottery.' Is LOA about to jump the shark?"

The question of whether a figure like Jackson is sufficiently "Rushmore-sized" (Jones' term) to deserve inclusion in a series of collections dedicated to such writers as Mark Twain and William Faulkner was again brought to mind by a blog posting by Lee Siegel at the New York Observer. "Where Have All the Mailers Gone?" it was called, and in it Siegel lamented the irrelevance of fiction since the heyday of such titans as "Bellow, Updike, Mailer, Roth, Cheever, Malamud" and pointed to the ascendancy of nonfiction in its stead. Even the commercial fiction of yore, Siegel maintains, "mattered to people" more than today's bestsellers. The soapy epics of Herman Wouk and Marjorie Kellogg "illumined the ordinary events of ordinary lives ... and they were as primal as the bard singing around the pre-Homeric fire."

While Siegel's posting was for the most part too silly and uninformed to bother responding to, it serves as a reminder of just how arbitrary, unreliable and tiresome the Literary Greatness Sweepstakes can be. Make no mistake: Mid-20th-century Americans believed that novels by the jostling alpha males on Siegel's list were important and "central to their lives" largely because a chorus of cultural authority figures united to tell them so. That's not to say that those novelists weren't fine writers, or that the depiction of an upwardly striving middle-class descended from relatively recent immigrants (many of them Jewish) didn't provide lively new subject matter. But it certainly wasn't everyone's story (as it was often made out to be), or a literature that everyone found interesting or that everyone would have consumed with "existential urgency and intensity" in absence of those endorsements.

Jackson, mostly unendorsed, wrote during more or less the same period, but where the fiction of Mailer and Bellow is expansive, hers is (intentionally) claustrophobic. She was the bard of the domestic nightmare (as Ruth Franklin astutely pointed out in a recent essay for the New Republic), of people who were trapped, excluded, usurped and pushed in a corner to wither away unnoticed. If there was anything Homeric about her -- and come to think of it, I believe there was -- it was the serene pitilessness with which she dispensed their doom.

Jackson's style was as clean and unfussy as a Shaker chair, but unlike most practitioners of this mode of American prose (Ernest Hemingway and Raymond Carver being the exemplars), she did not smuggle in the maudlin under a mask of stoic realism. She's often described as a master of the gothic, a mode that in this country is typically associated with the lushly overflowing prose of Faulkner and Poe. Located somewhere on the spectrum between Patricia Highsmith and Flannery O'Connor, she has the most in common with a British novelist: Muriel Spark. Like her characters, she never quite fit in.

To make matters worse, Jackson helped support her family (she was married to the literary critic Stanley Hyman and they had four children) by writing humorous essays for women's magazines about her eccentric home life -- imagine a very acerbic, high-end Erma Bombeck -- pieces that hold up astonishingly well. Serious contenders for Great American Novelist status are not supposed to stoop to this sort of thing, not even the vanishingly small number of women who might possibly qualify for the early rounds of that particular game of King of the Mountain. Furthermore, as Jackson's excellent biographer, Judy Oppenheimer, observed, it must have been a shock to the fans of her popular autobiographical writings to learn that the same author produced "The Lottery," the most controversial short story ever published in the New Yorker.

Jackson told interviewers that "The Lottery," which depicts the lead-up to a sacrificial stoning, was based on her experiences living in the small New England town of North Bennington, Vt., where her husband took a job at Bennington College. Asked what the story was about, she replied "anti-Semitism"; after Jackson launched an unsuccessful campaign against a schoolteacher she believed to be abusing children, her family was harassed by their neighbors and at one point found swastikas drawn on their windows with soap.

But from the stories in the new LOA collection, it's clear that Jackson's mordant view of social relations preexisted her purgatorial sojourn in Vermont. Witches are a recurring theme in her work, and she liked to suggest that she was a witch herself; you get the sense that what spoke to her about the motif was less the witchcraft than the witch hunts. To judge by her fiction, she regarded most people as reflexively vain, petty and censorious -- and she'd never even been on the Internet! Humanity did not disappoint her expectations. Of the hundreds of letters she received about "The Lottery," she found that at first "people were not so much concerned with what the story meant; what they wanted to know was where these lotteries were held, and whether they could go there and watch."

Jackson never felt sorry for her characters, but she did sympathize with them -- that parade of bullied, fanciful, shy and potentially murderous girls. For a woman who had no sister herself, she wrote a lot of books, including her masterpiece, "We Have Always Lived in the Castle," that dwelt on sisterly pairs. This is a bit mystifying until you understand that the sisters are essentially the same woman, so alienated from herself -- specifically from her own monstrous rage -- that she has divided in two. Those "meek little wives" Raymond Chandler wrote about at the beginning of "Red Wind" -- the ones who, under the influence of the Santa Ana, suddenly begin to "feel the edge of the carving knife and study their husbands' necks"? Those are Jackson's people. Was their experience any less American -- or any less "central" -- than Alexander Portnoy's or Rabbit Angstrom's?

Is Jackson as "great" a writer as Bellow or Malamud? Oh, I don't know. I suppose not, by whatever conventional standards of greatness are still being propped up by the mugs who advocate such competitions. But, as someone who has manfully hacked her way through the anecdotal thickets of "The Adventures of Augie March" ("What I want to know," I crankily asked a friend about two-thirds of the way through, "is when the adventures are going to start"), I can say that such questions come to seem more meaningless to me every day.

One thing I do know: If I were stuck in an isolated cabin, with nothing but "Shirley Jackson: Novels and Stories" and the equivalent LOA volumes of Roth, Cheever and Carver to choose from, there would be no contest as to which book I'd reach for first, although it would mean dipping into the dreamy menace of "We Have Always Live in the Castle" for the third time. If it ever comes to that, I'd like to think that Shirley Jackson, that patron saint of oddballs, would look down on me from whatever pagan pantheon she inhabits and smile a wicked little smile.

Finalists and winners of the Shirley Jackson Awards for 2009 are listed here.

Malcolm Jones questions the editorial choices of the Library of America in Newsweek.

Lee Siegel proclaims the irrelevance of contemporary fiction in the New York Observer.

Ruth Franklin teases out the domestic disturbances in Shirley Jackson's fiction for the New Republic.

Additionally, Jonathan Lethem wrote about "Just an Ordinary Day: The Uncollected Stories of Shirley Jackson" for Salon in 1997.

I wrote an introduction to the new Penguin Classics edition of "The Haunting of Hill House" by Shirley Jackson.