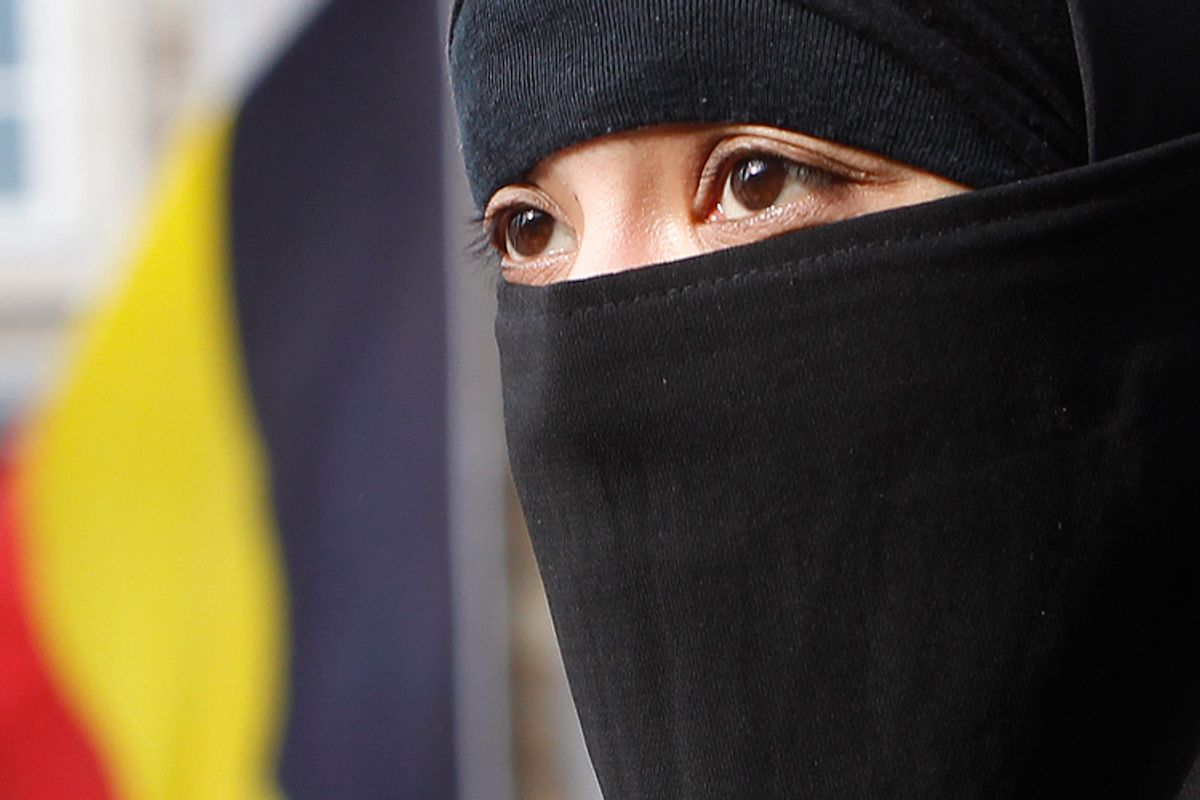 Salma, a 22-year-old French national living in Belgium who chooses to wear the niqab after converting to Islam, gives an interview to Reuters television outside the Belgian Parliament in Brussels April 26, 2010. Belgium's parliament is due to vote on a proposal to ban the wearing of the full veil and the the full outer garment, or burqa, after a Belgian parliamentary committee voted to ban the full Islamic face veil. If ratified, Belgium could be the first country in Europe to enforce such a ban. Photo taken April 26, 2010. REUTERS/Yves Herman (BELGIUM - Tags: RELIGION POLITICS) (Â© Yves Herman / Reuters)
--

Now here's a novel way to protest France's proposed burqa ban: Volunteer to cover the €150 (nearly $200) fine for all women caught wearing the enveloping fabric in public. It's a delightfully mischievous idea -- if you believe, like I do, that a ban is unconstitutional. Only, who has the money for that, right?

A French real estate tycoon, that's who. Rachid Nekkaz has pledged €1 million to that very cause. He's already set aside €200,000 of his own money and received €36,000 in outside donations. "I am very, very sensitive to when people start playing around with institutions and the constitution," he said. "[W]hen I saw the president -- the guarantor of the constitution -- announcing a ban in the street I said to myself, 'this is serious.'"

There are only an estimated 1,900 women in France who wear the burqa. By my calculation, that would mean fully-veiled women could be fined three times without having to pony up their own money -- assuming he really does come up with the full €1 million. (And, of course, that is also assuming that the ban passes the Senate in September, as is expected.) However, there's little Nekkaz can do about the other potential punishment for wearing a burqa in public: a required citizenship course.

Still, there's no doubt he is dramatically softening the blow of the government's attack on veiling. It must be rather embarrassing to French lawmakers: After all that self-righteous bluster, some insolent rich guy has effectively neutered them (or taken the wind out of their ... burqas). Here's hoping he doesn't push them to step-up their campaign.