As his opponents gain in strength, the president misses an opportunity in Michigan to attack GOP obstructionism 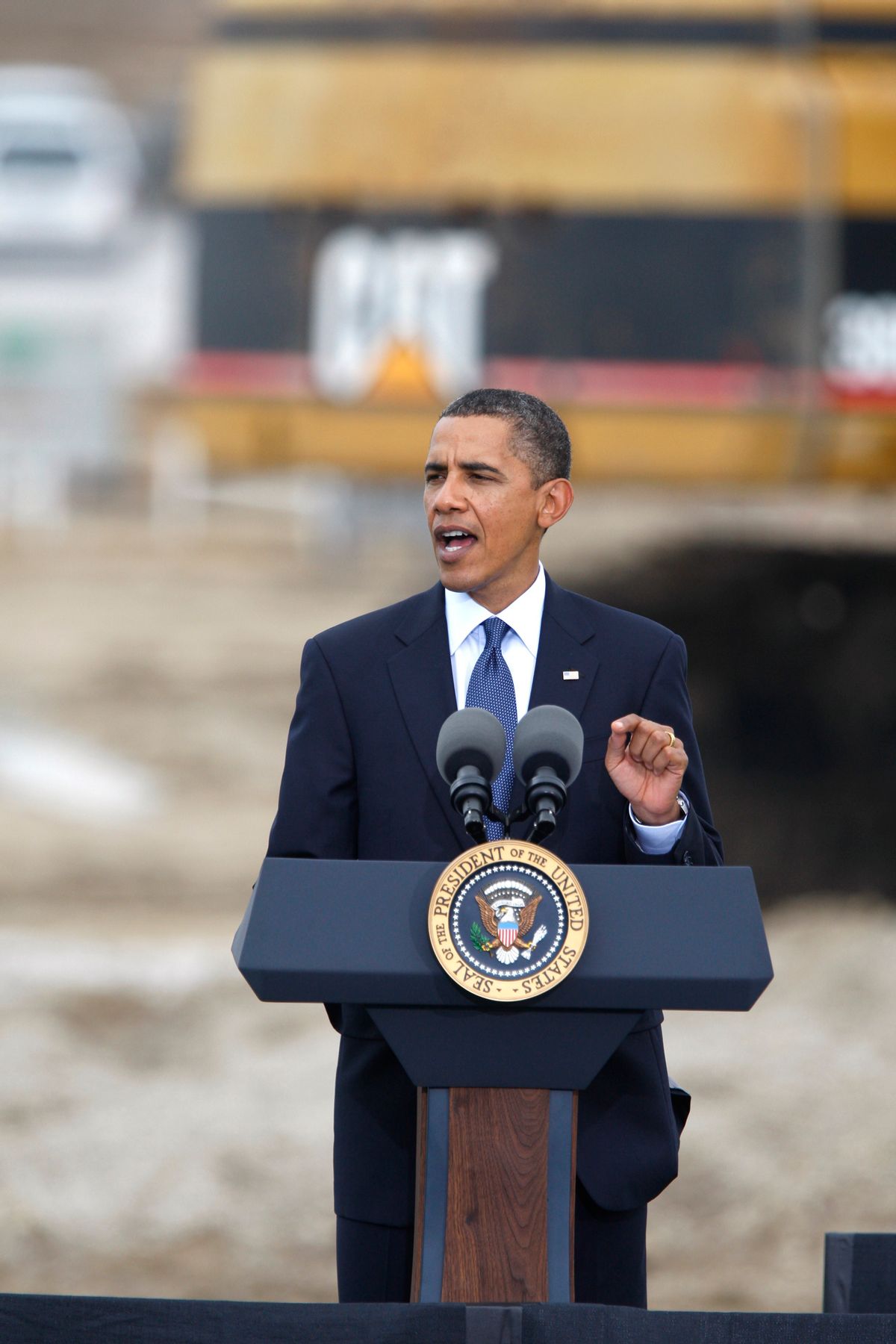 If President Obama's speech in Holland, Mich., on jobs and the economy Thursday morning was an example of how he's going to rally the troops in the run-up to the midterm elections this November, then Democrats are in for a very tough slog.

Republicans are doing everything within their power to constrain the White House from spurring job growth or ameliorating the impact of high unemployment. The situation is tailor-made for an aggressive response, especially in a state like Michigan that has been absolutely pummeled by the recession. But Obama kept his gloves on. Except for one tepid reference to "those who would rather obstruct than lend a hand," the president barely referenced his opponents. The applause that greeted his remarks was lukewarm, and no wonder -- Obama didn't even try to get the audience riled up.

The president came to Holland to commemorate the groundbreaking of a new lithium-ion battery plant to be operated by LG Chem, a Korean chemical company. Obama had every reason to take credit for the 400 or so jobs that will be provided by the new plant, which is expected to be producing batteries for the Chevy Volt and Ford Focus by 2012. Without grants made available from the clean energy package in the American Reinvestment and Recovery Act, LG Chem might never have come to Holland. The groundbreaking neatly synthesized core parts of Obama's platform: clean energy and domestic jobs.

All that is fine. After all, without the Obama administration's aggressive rescue of General Motors, there might not even be a Chevy Volt ready to roll off the factory floor to make batteries for. Obama has delivered for Michigan, and he was correct to point out the vast difference in the state of the overall U.S. economy today compared to when he took office.

But we know this president knows how to inspire and to attack: We saw it in the fall of 2008. We didn't hear it this morning. I didn't hear him talk about how Republicans have blocked the extension of unemployment benefits, or refuse to allow new taxes on hedge fund managers. He didn't whisper a word about how ridiculous Republican anti-regulation rhetoric sounds in the wake of the biggest financial crisis since the 1930s.

Perhaps most disappointing, he didn't lay out any plan for future action. "We're not out of the woods yet" he said. But he didn't breathe a word about how we're going to get there, now that the Senate has made it clear that any further fiscal stimulus is a non-starter. Pointing out the benefits of the stimulus act that have already accrued for a town in Michigan certainly isn't out of bounds, but Democratic voters, right now, need a little bit more to get excited about than some hoary old legislation passed within a month of Obama's first taking office. What's the agenda now? How are Democrats going to take the fight to Republicans? If you were listening to Obama speak in Holland, Mich., Thursday morning, you didn't get any answers to those questions. That's got to change.