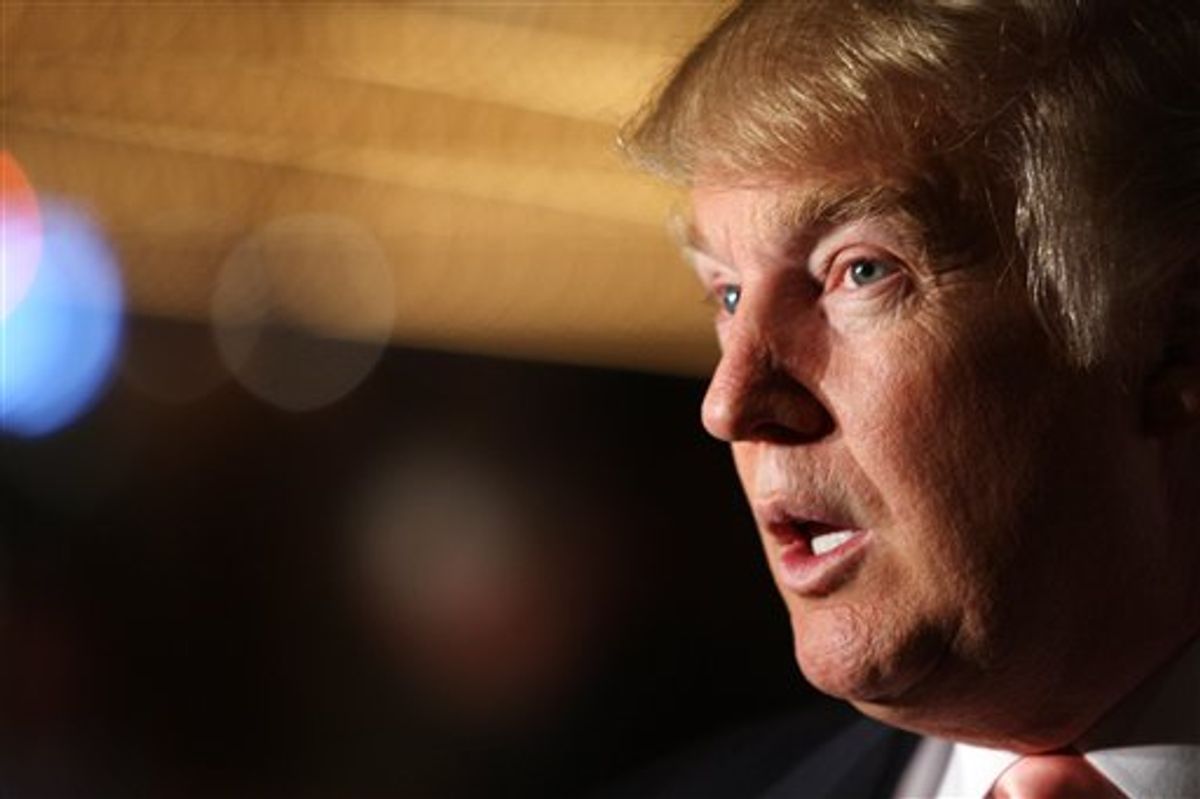 FILE - In this file photo made April 11, 2008, Donald Trump walks the red carpet at the 2008 Miss USA Pageant at The Planet Hollywood Resort & Casino in Las Vegas. Investors in the three Trump casinos in Atlantic City are taking the reins of the struggling company that owns the resorts. The New Jersey Casino Control Commission gave preliminary approval Wednesday, July 14, 2010, to a group of bondholders led by New York-based Avenue Capital Management to own Trump Entertainment Resorts. (AP Photo/Eric Jamison, File) (AP)
--

Donald Trump wants Rachel Uchitel, No. 1 paramour of golfer Tiger Woods, to be on the upcoming season of "The Celebrity Apprentice."  The real estate tycoon called Uchitel three weeks ago with the offer, and she responded with an "Absolutely," according to TMZ.

NBC still has to give the final OK so it's not a done deal.  But the former nightclub manager has little to worry about considering the show's standards.  Past contestants include former basketball player and all-around weirdo Dennis Rodman and '80s hair band frontman Bret Michaels.  At this point, the show is content with VH1's sloppy seconds.  (Rodman appeared on "Celebrity Rehab with Dr. Drew" and Michaels had his own reality show, "Rock of Love.")  And if the corrupt former Gov. Rob Blagojevich passed NBC's filter, there's no reason to think Uchitel won't.

Uchitel says she "would be honored to be part of a show where I can use my head, show people what I’m really like, and give back to the community, as it’s for charity."  Sure.  "Charity."  Then again it's not like Uchitel needs the money after the $10 million settlement with Woods to keep her mouth shut.

But it still reeks of hypocrisy.  Uchitel has publicly scolded Woods' other mistresses for using their involvement with the golfer to gain wealth and fame.  This coming from someone who scored a job as correspondent for "Extra" and has reportedly signed to pose for Playboy -- all after the affair went public.