One has them tied for 2012, the other has the president 21 points up. Why the difference? 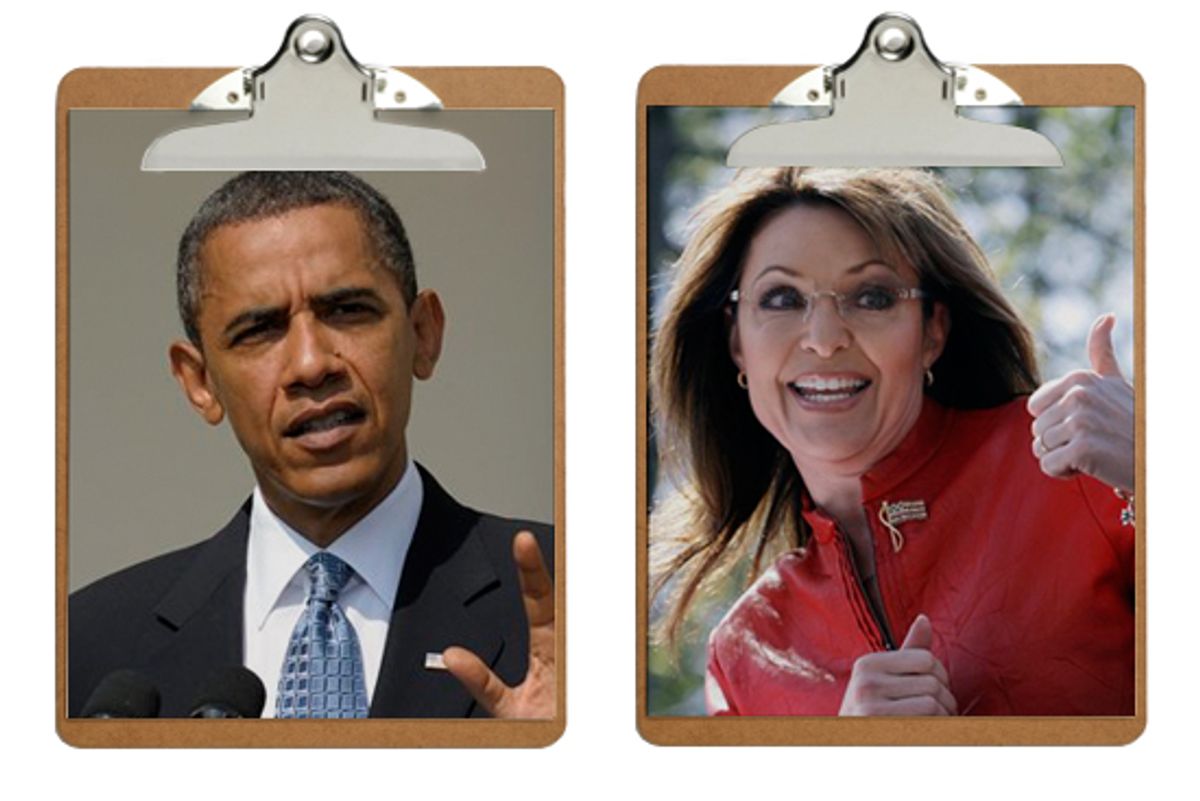 As Patrick Appell noted at Andrew Sullivan's blog, two polls are now out showing wildly different results in a potential Sarah Palin-Barack Obama 2012 race. One, from Time, has Obama up by 21 points. The other, from PPP, shows a tie. So what gives?

Salon reached out to polling whiz Harry Enten, who pointed to a number of differences, which combined can account for a significant discrepancy:

1) PPP is an interactive voice response (or automated) pollster, while the outfit Time used (SRBI) is a live interview firm. This cycle, live interview polls have tended to be more favorable to Democrats. However, this doesn't usually boost the Democratic candidate, but rather keeps the opponent's numbers down -- so it would only be a good explanation if Obama had a similar percentage in both polls.

3) PPP might miss transient voters who don't regularly vote, because it sources from voter lists, whereas Time uses random digit dialing (can reach anyone with a phone).

4) As David Jarman wrote earlier today on Salon -- cell phones can have an effect. SRBI is calling cell phone respondents, who Pew has shown tend to be more liberal. PPP, as an automated pollster, cannot call to cell phones. Research diverges a little over how much of an effect this may have, but it certainly could play a role.

5) PPP doesn't identify Palin as a Republican. Time does. People know Obama is the president, and they don't like the way things are going. Offer them another candidate, and they'll go with that candidate.

6) PPP might also have some history of undershooting Obama's popularity. In a March poll that tested Palin against Obama, Clarus Research put Obama doing 15 points higher in the match-up than did PPP at the same time.