Mel Gibson's potty mouth: We do the math

How many times did he actually use the F-bomb? What slurs did he use most often? Salon runs the numbers 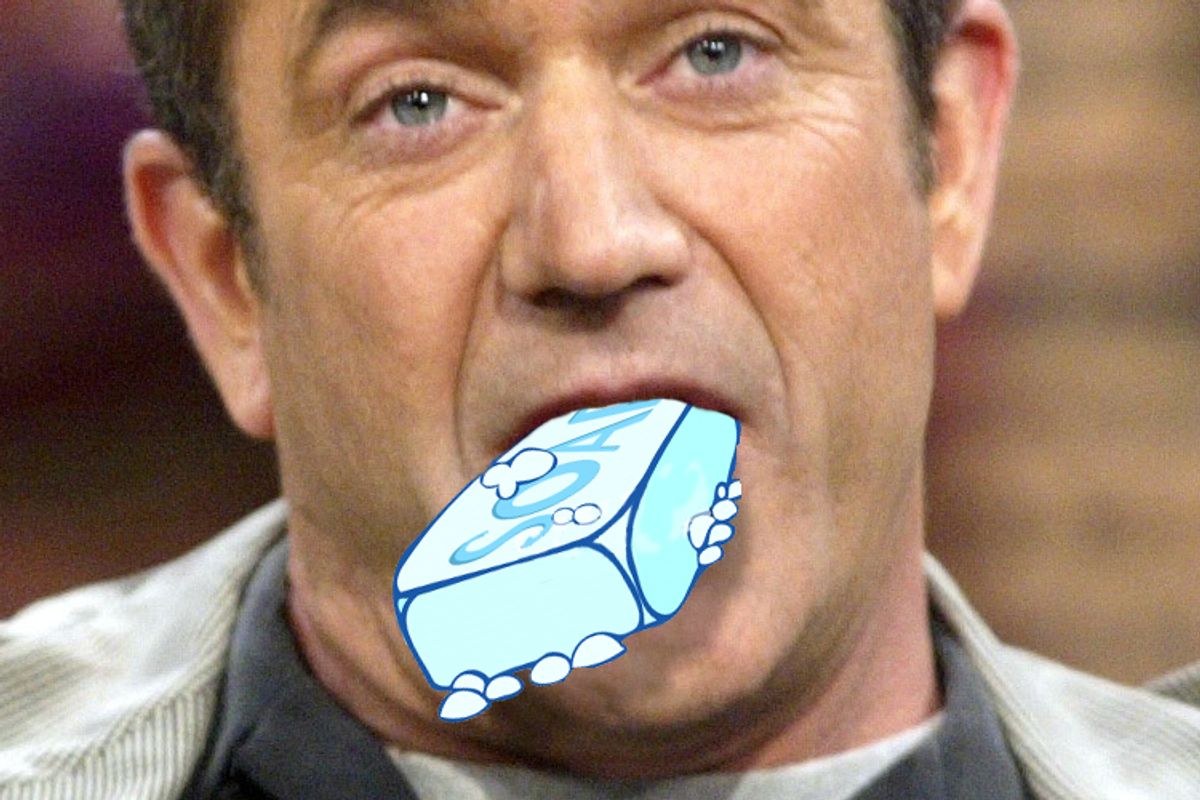 You can say many things about Mel Gibson: That he's a narcissist, that his career is doomed, that he's self-loathing and obsessive, that he's an anti-Semite or a racist or a domestic abuser. Also, that "The Beaver" is a really unfortunate title for his movie comeback. But we thought it was time to let Mel Gibson speak for himself.

The world's worst phone conversationalist has yet to make a public statement -- honestly, what could he say? -- but since we have a full, 3700-word transcript of the five tapes released so far by Radar Online, we decided to run some numbers on a few choice words. If the language we use says something about us, what conclusions can we come to here? We leave that for you, dear reader.

(Note: These numbers reflect Gibson's use of the word in question, not his ex-girlfriend Oksana Grigorieva. For those keeping score at home, the total number of F-bombs in the exchange between the two? 129.)