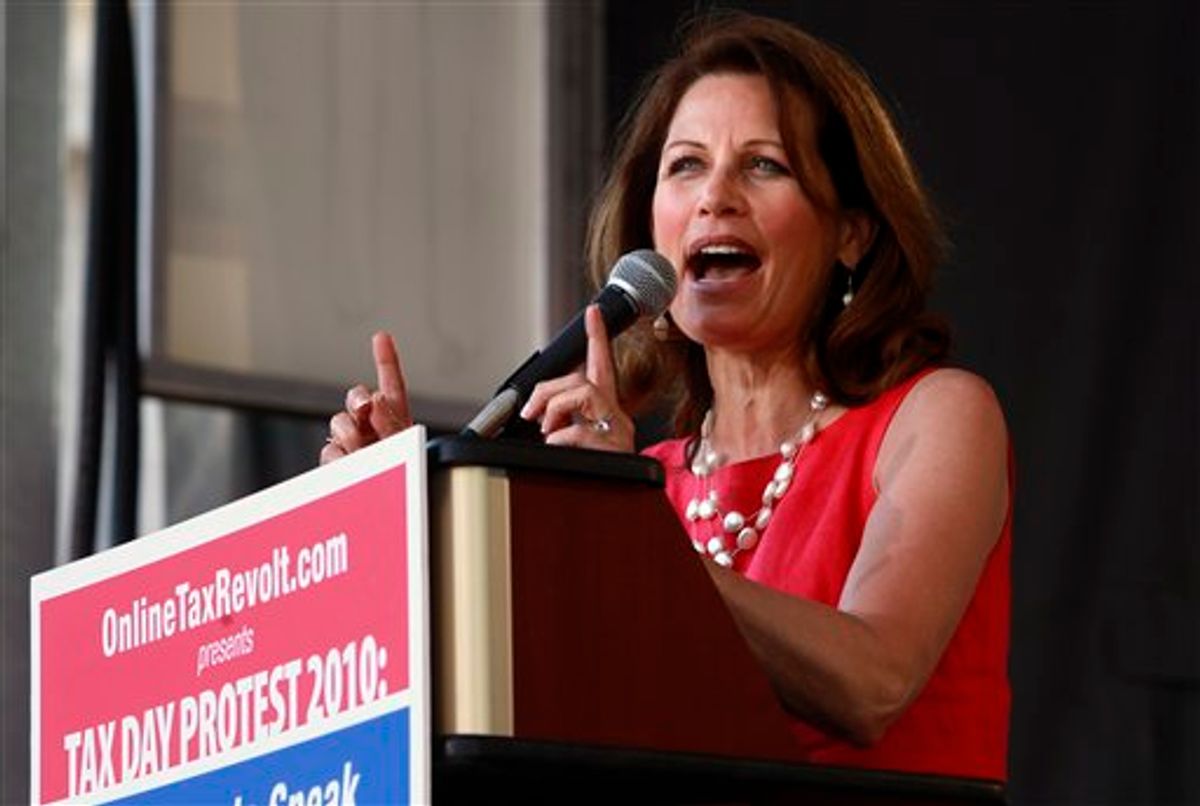 Minnesota Republican Representative Michele Bachmann filed paperwork to form a "House Tea Party Caucus." She has a very nice press release about this fact on her website. The Tea Party Caucus will support the principles of the founding fathers, and be against "spending" and "the bureaucracy."

Here is the letter she sent to Representative Robert Brady, Chairman of the Committee on House Administration, announcing her intention to register the House Tea Party Caucus as a Congressional Member Organization for the 111th Congress so that she can really stick it to all that government bureaucracy.

There are hundreds of caucuses, or Congressional Member Organizations. Some of them provide membership lists. Many of them don't.

It is kind of amusing that Bachmann is starting a House caucus for those anti-Washington, government-hating Tea Partiers.

It is also amusing that she totally stole this idea From Rand Paul,  from whom she had been distancing herself rairly recently.