Her son murdered my father

When I see her at the store, I freeze. Will I ever stop being reminded of the day my dad was beaten to death? 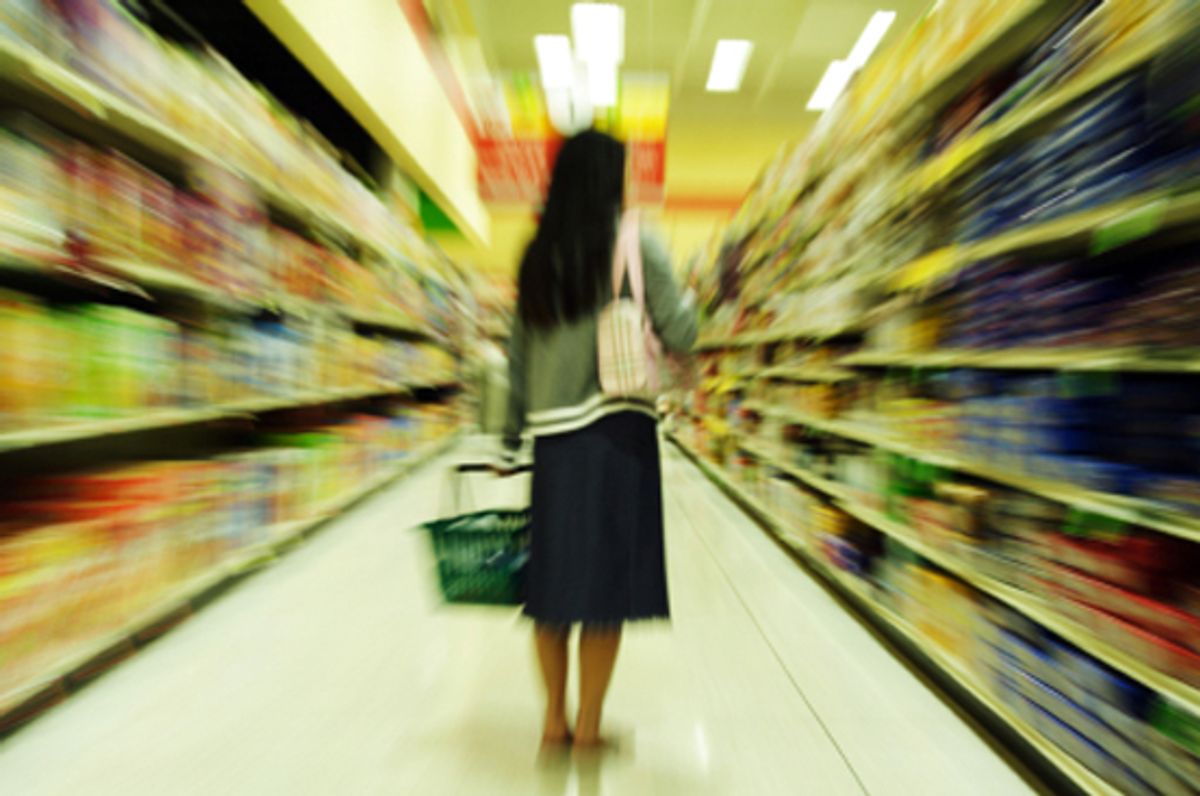 A woman shopping in a grocery store
--

Yesterday at a store, I saw an old acquaintance. I was in a hurry, stopping by the deli to see if they had pulled pork for BBQ sandwiches, and my eyes scanned for an available worker. That's when I saw her. I knew she worked there sometimes, but I didn't expect to see her face-to-face.  I started to flee before making myself turn back and ask someone else what I wanted. "Act normal," I told myself. She managed to. She just kept talking to a co-worker, though I know she must have seen me.

She is the mother of my father's murderer.

Leaving the deli, I tried to walk with purpose for as long as I stayed in her line of sight, but when I turned a corner, I lost it a bit. I cried a little, walked aimlessly, thinking how tired I was of this. My father was killed in 2006, beaten to death during a robbery. The murderer and his girlfriend got about $96 to buy crack cocaine, then robbed the house again the next night to steal the TV that stood about 15 feet from the body. The coroner would not let me see my father, and when I asked at the funeral home, I was told it would be better to "remember him as he was." Sometimes I think I should have viewed him anyway; my imagination of it is so terrible.

The murderer pleaded guilty and was sentenced to life without parole. His sister also works at that store. I ran into her four years ago, right after the murder. We are all cousins. She too started, then turned as if to flee, before making herself turn back. It must be an automatic reaction. Those years ago, when I was dazed and raw with pain, I went over to her and kissed her on the cheek. She was crying, but I wanted her to know I wouldn't hold her responsible. How could I?

Some months back, her father committed suicide. I wonder how they told the murderer, who is in a prison hours away. The wife -- the one I saw at the deli -- must have found her dead husband. Having been at the cleanup of the crime scene of a loved one, I wondered who cleaned up their crime scene. I didn't know what to do, so I went to the funeral. The daughter sent a cousin back to tell me to leave.

One of my aunts, well-meaning, later asked me what I had done. If we'd had words. It made me so angry. That is the problem. We have no words.

Now the murderer's accomplice, who is not a family member, is due to be released. The latest she will stay in is until the end of this month. Her parents are in town. She will probably return here. Her three children do not live in a good situation. I worry for them. I can pray, but I can do nothing else.

I wonder when I will see her, the accomplice. I remember her parents weeping as she pleaded guilty. She has been in jail just over two years. I begged the prosecutor not to offer her a deal. I begged the advocate in his office to have him meet with the family about this. He would not.

Days before the accomplice pleaded guilty, she had a quickie court appearance. I attended alone. Suddenly, the "victims' rights advocate" tapped me on the shoulder in the courtroom and told me that the prosecutor was waiting across the hall between hearings and had a second to meet with me.

Little did I suspect the ambush.

I walked into a room filled with several attorneys. (Is that why it smelled of shit?) The D.A. was already worked up, and he pounced. I won't pretend to remember all he said, but it went something like this.

"She has three charges. Three charges. Normally people walk for any one of those charges. There's only one charge that concerns you. Normally accessory after the fact doesn't get any time. If you don't believe me, you can walk down the hall, and see two people plead guilty to accessory after the fact for two murders and they're going home today. You should be grateful that she's getting any time at all." He was getting louder toward the end, not screaming, but yelling. He pointed down the hall as he spoke of the two pleas.

I can't remember saying anything. I was shocked, and I think I just shuffled away. Where was my rage when I needed it? Where was the endless bitterness that kept me up at nights? I feel so angry at so many things, so ugly sometimes, but that is better than despair. It gives me energy. I told a counselor some months back that I had not yet felt angry at the actual murderer. I had seen too much of his awful life as he grew up next door.

"We'll have to work on finding that, your anger toward him," she said. I thought she was eyeing me with theories on what I did with the anger he deserved. I feel more now than before that she is right, but I never went back.

When I think about how the girl, the accomplice, should have gotten many more charges for leaving my father to bleed to death from wounds during a robbery that she helped plan, when I think how she told the murderer to go back into the house to rob again across from his body on the next night, when I think of my father becoming their human ATM and how he was left with no face, when I tell myself that if he had been someone more "important" than a shipyard worker, she would have gotten more time ... When I tell myself this, I have to tell myself that if my father had been different, a different race or poorer or someone who had run-ins with the law or maybe a gay person or someone who has to beg for rights, then she probably would have gotten even less time. I remember telling God early on that I could not live, that I would not live if she got no time at all. That I refused to stay in this world. He must have known I was serious. But how many other people have told him the same thing?

At the beach last year I saw the D.A. walking. He moved swiftly in shiny shorts with his wife. Our eyes met, he started, and jerked his head down, then stared straight ahead, tightening his jaw but moving faster, as if to flee.

I held my gaze, relishing his discomfort. Fuck you, I thought back then. Un-Christian, I know. I try to tell myself I would not want his job. He once told my family that sometimes you have to make deals with the devil. But I think of his anger at me. For what? For advocating for my murdered father? He should save his rage for the criminals.

She may be out today. Under this same sky. I will get a letter eventually announcing what I have already called to find out. Will she rush into her children's arms?  Will she see this as a second chance at life?  Will she treat them much better than before?  Should she be set free when I am still trying?

I had 28 years with my father. He was not a perfect man. At times we barely spoke. We had recently gotten into a better relationship than ever before, but still he would not let himself be known. He had too many scars, I guess. Virtually everything I know of his life came from someone else. He was the least accessible person I have ever known. But I loved him. And I told him. And I know he loved me. That is more than many people get, I tell myself. You should be grateful.