Does the world need TEDWomen?

The TED conference creates a new venue for the ladies. Why not just add more to the main event? 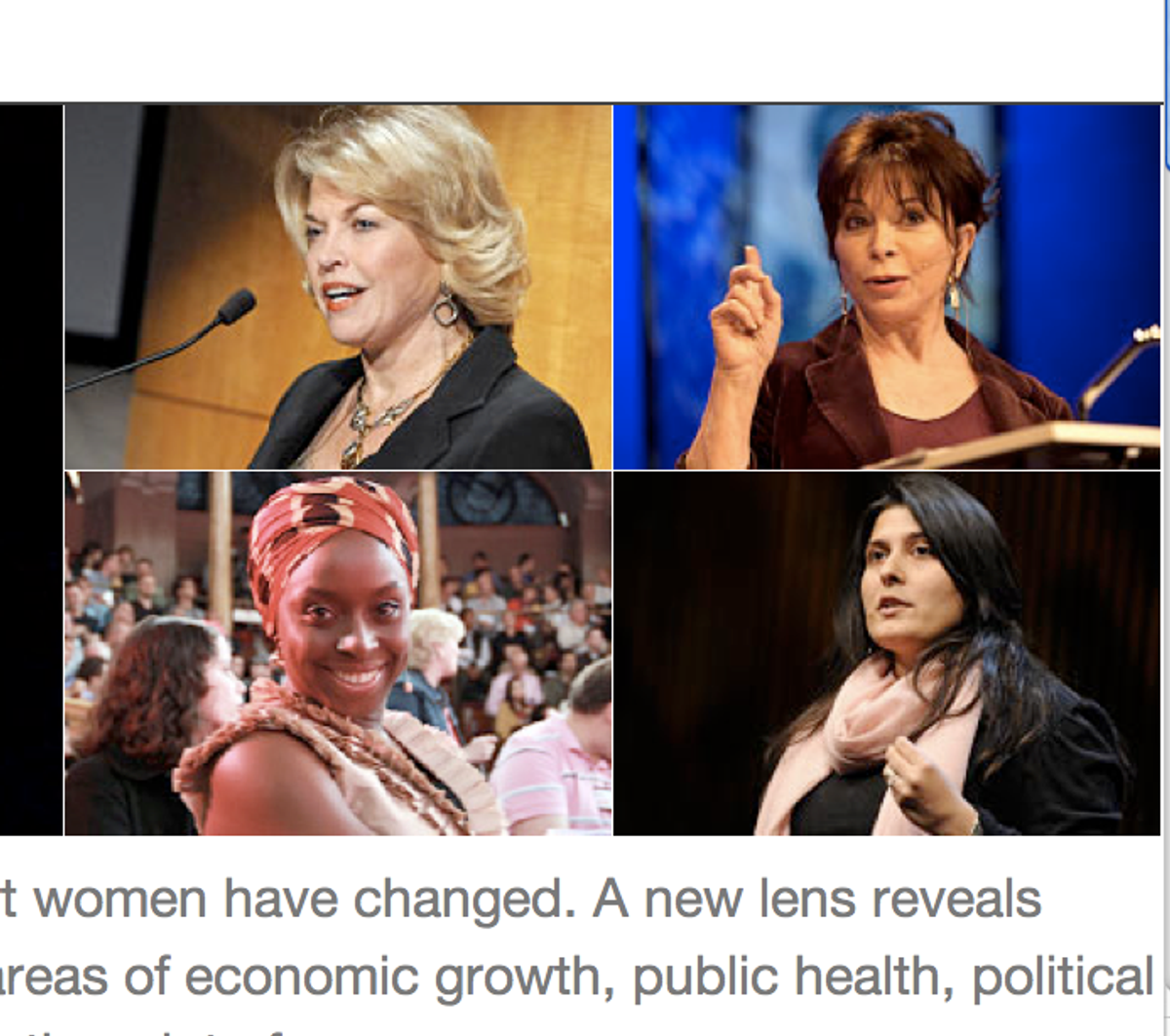 Salon editor-in-chief Joan Walsh is the first to admit, she's a bit envious of the luminaries who get invited to the annual TED conference, where the incredible, the famous, and the incredibly famous join to hear and present "ideas worth spreading." Since 1984, the event's organizers have drawn together stars from the worlds of academia, entertainment, technology and business -- plus the crowds willing to shell out $6,000 a pop to see them speak -- to convene, talk and hopefully forge change in the world.

So when Joan got an invitation to the newly minted TEDWomen, she wasn't sure whether to be flattered or insulted. Was this the real deal, or some kind of consolation prize? She knew TED's track record -- less than 20 percent of "TED talks," as conference presentations are known, have been given by women, and of the speakers at this year's conference, only 17 of 57 will be. Why create a new female-focused conference, Joan wondered, rather than just integrate more women into the program of TED itself?

She shared the email invitation with staff, and asked for reactions. Soon Broadsheet had a mission: to find out what this TEDWomen business was all about. I called up June Cohen, executive producer of TED Media and an organizer of TEDWomen, who filled me in on the story behind the newest TED spinoff. In the last few years, she explained, "conventional wisdom about the importance of women globally has really shifted." The TED team watched as the role of women in global issues like public health, economic growth, and peacekeeping shifted into the foreground. And at the same time, a new generation of smart, highly educated women were making intriguing intellectual contributions that lacked a vehicle to carry them into the public eye. "We wanted to showcase all of these ideas by and about women in one place," she said.

But I still wondered, didn't a conference like this risk boxing off the ideas of these brilliant women (and men--the conference will also feature male speakers) by relegating them to a special "women's interest" category? After all, it does mean their speeches won't be a part of the extremely popular TEDGlobal conference, whose archived talks are responsible for drawing most of the 25 million viewers to the group's website.

It makes some sense. It's not as if issues concerning women don't deserve a global forum. Actually, they probably deserve a few thousand, you know, to make up for that whole male affirmative action program we're running here called "the entire history of the world." And the megaphone that the TED brand provides can only be a boon to the stunningly intelligent thinkers who will no doubt fill the ranks of TEDWomen, many of whom might never have broken the TED glass ceiling otherwise. Considering that 50 percent more men than women achieve tenure at American universities and the even wider disparity among science faculty, an arena from which TED draws many of its experts, it's no surprise that the general conference is so gender-skewed -- and maybe an alternate event showcasing women is exactly the way to combat that.

However, given the wonky gender imbalance in other TED conferences, it's hard to shake the feeling that creating a separate event for women simply throws up another barrier to their full participation in the TED brand. By partitioning the ideas of women -- and the issues that face them -- into their own conference, you risk marginalizing women further, and providing an excuse to not worry about the role of women in TED at large. And when you're in the idea-spreading business, it's important to make sure that your ideas are going out not just to the people most inclined to listen to them, but also -- perhaps especially -- to those who are not. And when it comes down to it, big ideas for and by women need to be heard by a group beyond those inclined to attend a TEDWomen conference.

Female thinkers are often accused of chattering back and forth to themselves, preaching to a choir of the converted and avoiding pushing their message into a wider arena. Broadsheet itself has been called a "pink ghetto"at times and, yes, I'm sure we do have many loyal readers from the women's studies set -- but, truth be told, the people who end up here don't always mean to. Many of them stumble onto our site from Salon's front page or a Google search for "Miley Cyrus upskirt," and find themselves confronted with views they don't exactly jive with (for reference see ... every comment thread on this page). And you know what? That's exactly how discussion begins.

My hope for TEDWomen is that it will have the same effect, that the women and issues it pushes will worm their way into the general TED consciousness, that they will expose and discuss gender inequity, not only in the world, but within the organization itself. And maybe, just maybe, it will help the big TED conference identify some kickass women who can be integrated into the official event.