What should we do with TuckerCarlson.net? 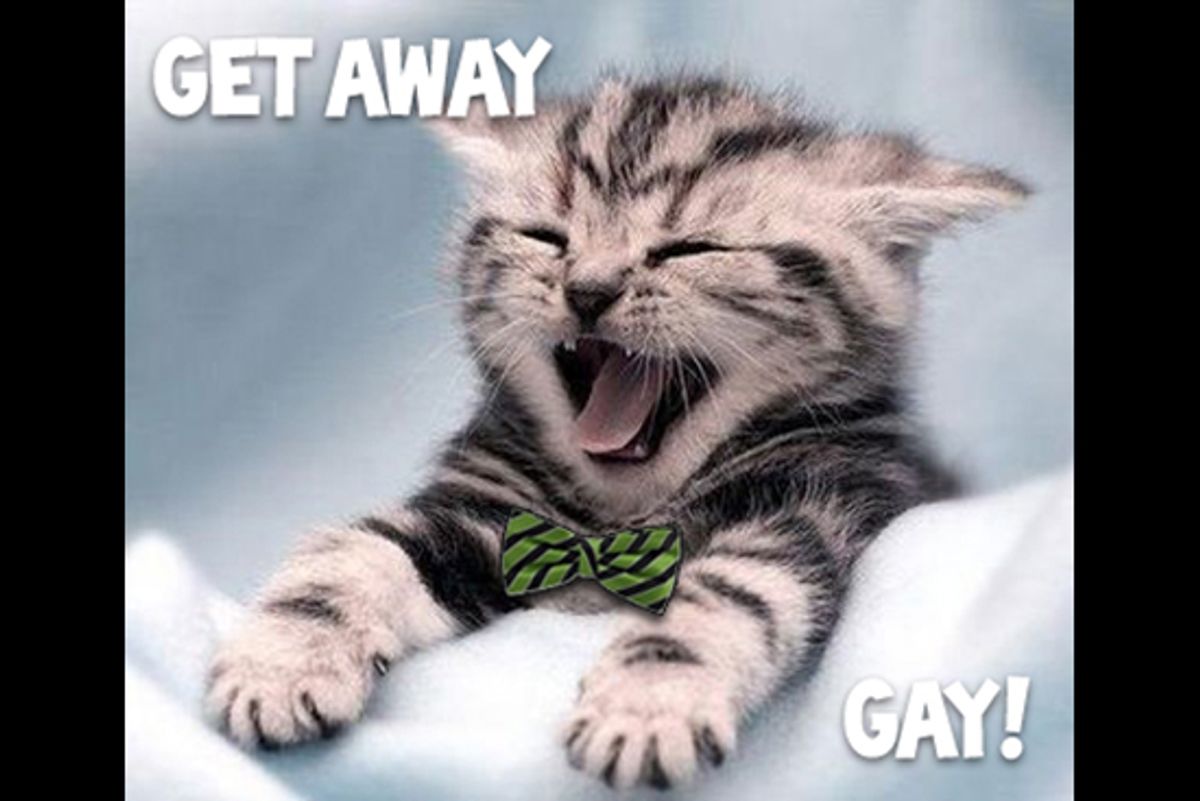 As you may have heard, Salon recently purchased the domain name TuckerCarlson.net. Because our definitive, years-in-the-making Tucker Carlson profile is not yet finished, we need to figure out what to put there in the meantime. Our readers have had many fine suggestions.

A lot of readers -- the vast majority, in fact -- would like TuckerCarlson.net to point simply to this video, of Jon Stewart on "Crossfire."

I enjoyed the simplicity of this suggestion, from Steven S.:

"my suggestion is that if there is a website out there that is nothing but a running video loop of some guy scratching his fingernails on a chalkboard over and over I think you should link tuckercarlson.net to that."

"A simple picture of an actual living mule (jackass) wearing a bow tie."

I'd suggest assembling a user-submitted list, ranked by popularity, of the best constructive suggestions for how to recycle Tucker Carlson into resources which have social value.

Keep 'em coming! (We also had a suggestion from reader Keith O. that we may try out. We'll keep you posted!) As always, please go to TuckerCarlson.net for the very best TuckerCarlson news and information the internet has to offer.