How did the "Barefoot Bandit" fly those planes?

Colton Harris-Moore joins a line of outlaw pilots by doing something hard, but not as hard as you might think 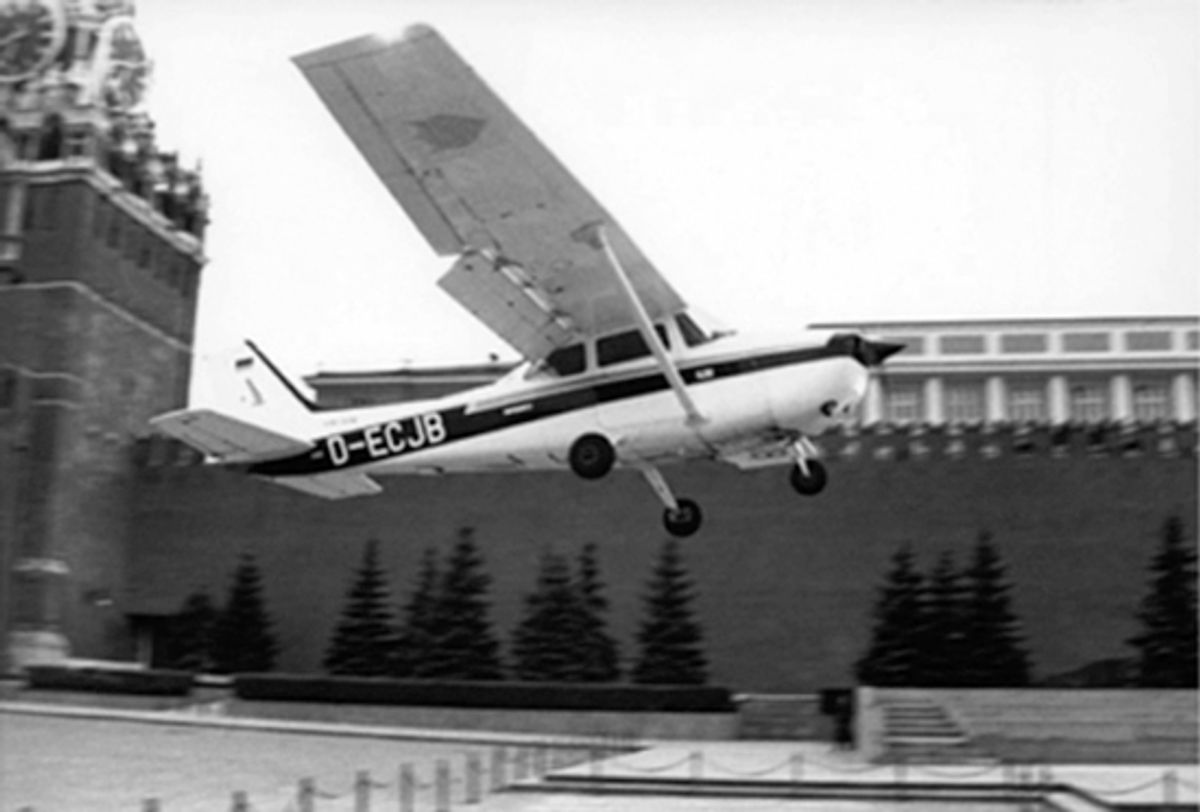 Everyone keeps asking me about Colton Harris-Moore, aka the Barefoot Bandit, age 19. Among a bevy of alleged illegal exploits, Harris-More, who had no formal flight training, stole a small plane from an airport in Bloomington, Ind., and flew it all the way to Great Abaco Island in the Bahamas, where he crash landed and was later apprehended.

Given the long distance of the flight and the complexity of flying even small aircraft, how could he pull this off?

First things first: Please resist the temptation to turn this into a conversation about whether Harris-Moore could have pulled this off in, say, a 737. The plane he allegedly absconded with was a single-engine, piston-powered Cessna Corvalis. This type of aircraft, however sophisticated on the level of a private plane, isn't remotely close to a commercial airliner in terms of what's needed to get the thing off the ground and all the way to the Bahamas.

Nevertheless, it's crazy to think that Harris-Moore didn't have some preparation, whether it was through books, videos, desktop simulator experience or a combination of them. A Corvalis isn't a 747, but it's a complicated-enough airplane that nobody -- nobody -- is going to climb into one totally cold, with no prep at all, and fly it a thousand miles without killing himself -- and possibly others too. Although he did nothing more elaborate than keep the thing straight and level, in good weather, he obviously did some homework.

But what about the fact that cops were hunting for him? Would he not have been detected by radar?

The answer is no, not necessarily. By flying very low across sparsely populated areas, where radar coverage is nonexistent or sporadic, and/or without using an ATC transponder (I can't imagine he turned it on), it would have been relatively easy for Harris-Moore to fly undetected over hundreds of miles.

Or, if not undetected, then more or less ignored. Much VFR (visual flight rules) leisure traffic moves through what is known as uncontrolled airspace. As the name implies, there is plenty of firmament out there in which there is no requirement to be in touch with air traffic control. So long as he kept clear of busy terminal areas and other restricted airspace, there would have been nothing terribly unusual about his radar blip, had it popped up at all.

It gets a little trickier when crossing the Florida coast and into Bahamian airspace, but there are plenty of ways to slip through, particularly at low altitude.

I find it a little peculiar that people seem to believe that every cubic inch of sky is somehow patrolled or under the watch of radar. This is no more true for the sky than it is for the ground. Some areas are controlled and watched over, others are not. Is this not how it should be? As I've noted before, there's a certain poetic futility to the idea of trying to secure the very air above our heads.

By the way, Harris-Moore is hardly the first wayward pilot, licensed or not, to cause a sensation in a Cessna:

On Sept. 11, 1994, Frank Eugene Corder, a crack-addled student pilot, stole a Cessna 150 from an airport in Maryland and crashed it onto the South Lawn of the White House, killing himself on impact. That's right, the White House. Imagine for a moment if this happened today, what an overblown story it would become. Corder, for his part, is all but forgotten.

On the night of May 11, 1989, a man named Alfred J. Hunter hijacked a Cessna 152 from the Flight Center at the small airport in Beverly, Mass. Hunter, who had murdered his wife earlier that evening, forced a flight instructor to unlock and start the small plane, then took off alone for a three-hour joyride over downtown Boston, firing randomly out the window with a semiautomatic rifle. Nobody was injured, but bullets struck several cars as well as the 50th floor observation deck of the Prudential tower. Shell casings rained onto Newbury Street in the city's Back Bay. Hunter was arrested after landing the Cessna at Logan International Airport. He was not a licensed pilot, but reportedly had received some instruction.

Beverly's Flight Center, incidentally, is where yours truly learned to fly.

And of course, in 1987, in an incident that made headlines around the world, Mathias Rust, a 19 year-old German, flew a rented Cessna 172 from Finland to the Soviet Union, landing in a plaza next to the Kremlin in Moscow's Red Square. Rust, a licensed private pilot, was tracked by Soviet fighters for much of his journey, but they were ordered not to shoot. Eventually he was sentenced to four years in a Moscow prison.

I would love to tell you that today Mathias Rust is a captain for Lufthansa, or even Aeroflot, but alas he has lived a rather eccentric and not entirely law-abiding life. In addition to his stint in the Soviet prison, Rust later served four years in a German jail for stabbing a co-worker. According to one source, he at one point returned to Russia where he worked as a shoe salesman. He later converted to Hinduism and has tried his luck at professional poker playing.