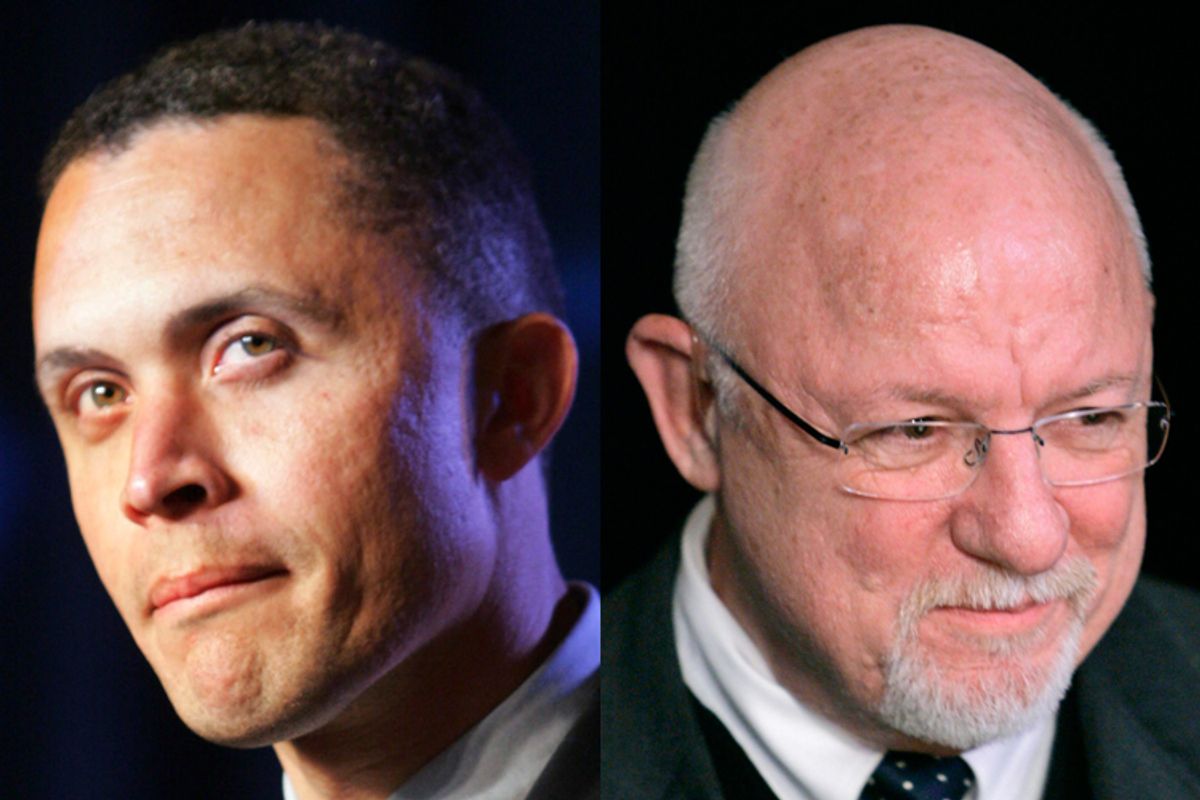 The New York Times handed over a big chunk of its Op-Ed space on Sunday to one of those silly features that inevitably pops up when a president's job approval rating falls under 50 percent: a collection of tips and observations from pundits on the subject of "How Can Obama Rebound?"

There were some well-meaning suggestions and some silly ones. But the entire exercise misses the point: the polling slide that has prompted the Times (and many others) to ask how Obama might "rebound" really doesn't have anything to do with specific agenda items Obama has and hasn't pursued, or with his communication strategy. Like every president, he's a prisoner of the economy. If and when it rebounds, so will his numbers. (To his credit, Mark Blumenthal, one of the experts the Times called upon, did make this point.)

Two contributions are worth singling out, through, for their absurdity.

The first, from GOP consultant Ed Rollins, begged Obama to stop blaming George W. Bush and the GOP for the problems he inherited. "Lincoln, the Roosevelts and many other previous presidents also had messes sitting on their desks when they came to office, but they focused on fixing the problems instead of placing the blame," he wrote.

Notice that Rollins failed to include his old boss, Ronald Reagan, in that list. Rollins actually ran the White House's political shop during the 1982 midterms. And if you know anything about '82, you know that blaming Jimmy Carter and the Democrats was a major part of Reagan's and the GOP's strategy.

As the country plunged into a recession late 1981 and '82, Reagan relentlessly sought to remind voters of the high unemployment, inflation and interest rates that had marked his predecessor's presidency.

Here was Reagan, on the campaign trail just before the '82 vote: "Our critics are saying our economy is on its knees. Well, you know something, if the economy is back on its knees, that's quite an improvement because two years ago it was flat on its back."

And here's a description of a television commercial Republicans ran across the country that year, from the New York Times:

In one of the ads, an ''attorney'' reads a ''last will'' as he sits between a Carter look-alike and an actor resembling Democratic House Speaker Thomas P. (Tip) O'Neill Jr. To the tune of ''Hearts and Flowers,'' the lawyer intones: ''To Ronald Reagan we leave a recession, inflation at 12.4 percent and rising, gas prices sky-high, government spending money like it was going out of style. . .''

In other words, Obama, in blaming Bush and the GOP, is pretty much following the script that Reagan wrote -- while Rollins worked for him. Rollins could have made the point that the strategy was ineffective, based on the GOP's loss of 26 House seats in the '82 midterms. But he didn't even mention that, and instead tried to turn his "advice" into an unfavorable comparison between Obama and Lincoln and the two Roosevelts.

And then there's Harold Ford, who issued one of his familiar pleas for corporate tax relief -- a talking point that has endeared him to his narrow, if absurdly wealthy, donor base. But I'll leave that aside. Here's how Ford characterized Obama's political position:

In normal times, his historic achievements — from saving the car industry and banking system to health care and financial reform to successes against Al Qaeda — would form the backbone of a winning midterm-election campaign.

This is just baffling. Is Ford suggesting that in "normal times," Democrats would be poised to win seats this fall? That's ridiculous. The White House's party always loses seats in midterm elections -- except in decidedly abnormal times (like 2002, when post-9/11 trauma aided the GOP). Or maybe Ford is just saying the losses would be minimal in "normal times"? But that ignores the fact that just about all of the achievements he cites were only possible because of the grim conditions the country now faces. In "normal times," no one needs to save the banking and auto industry.

I guess the main thing the Times accomplished with this feature was to prove, once again, what happens when you ask a dumb question.