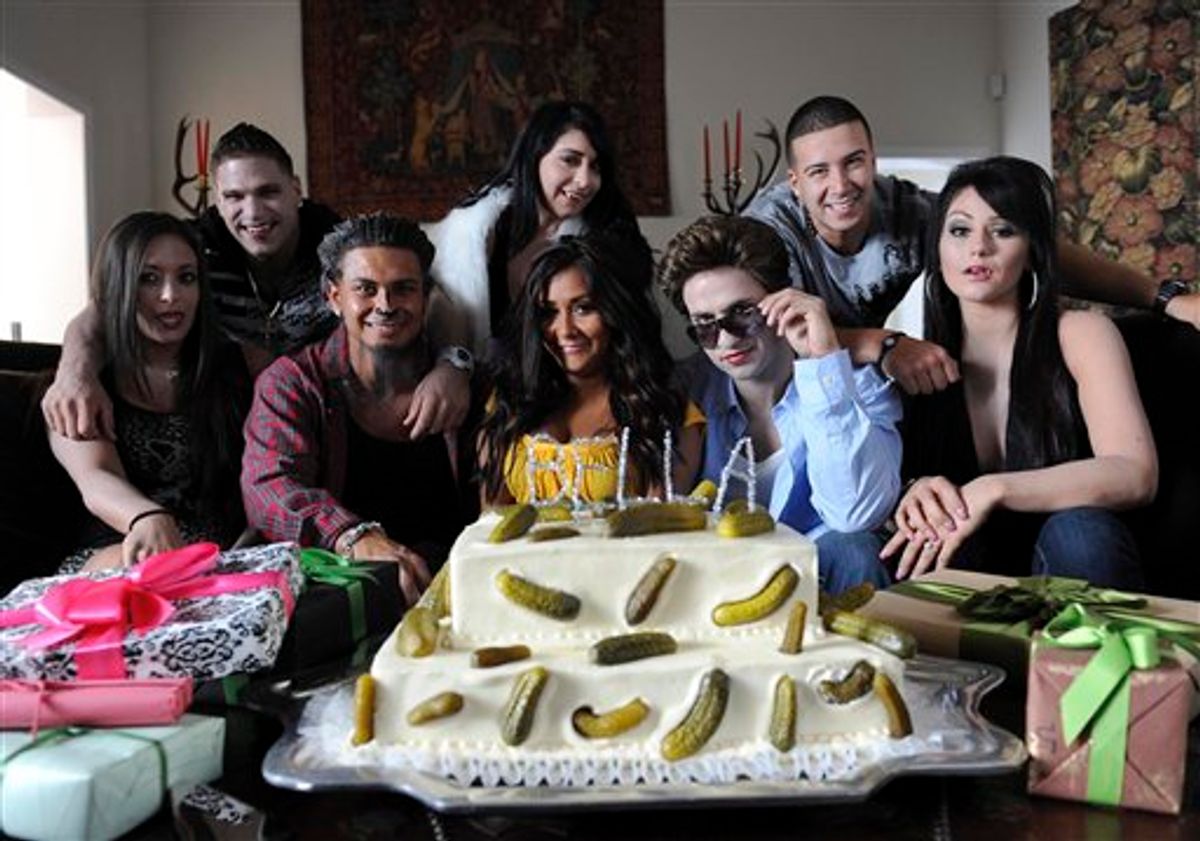 The "Jersey Shore" cast has put its foot down: no more fist-pumping, no more spray tans, no more of anything on camera unless they get new contracts, sources tell TMZ.  The self-labeled "guidos" and "guidettes" refuse to film another season unless they get a bump in their reported $10,000 per episode pay.  Cast members say they can earn more money making event appearances.

The strike comes days after the cast failed to individually negotiate new contracts by MTV's Friday deadline.  The cast says they were tricked, because MTV decided to split the upcoming season into two "cycles": 2A and 2B.  The first cycle was filmed in Miami followed by a second, yet-to-be-filmed stint at the Jersey Shore.  (Doesn't that sound like two separate seasons?  You gotta love sneaky television producers.)  The cast was under the impression that the current contracts cover only the Miami filming.  So if MTV wants to see JWoww and Pauly D hooking up in hot tubs for "Cycle 2B," which the cast argues is really Season 3, it may have to fork over more money.

But the show's producers are playing hardball and say they are willing to part with the disgruntled reality stars.  That is, everyone except Mike "The Situation" Sorrentino, the confident, six-packed ringleader of the show.  Sorrentino is reportedly close to signing a deal that could earn him between $27,500 and $45,000 an episode.