Crista Flanagan, who plays a nerdy switchboard operator on the show, finally gets her sexual validation 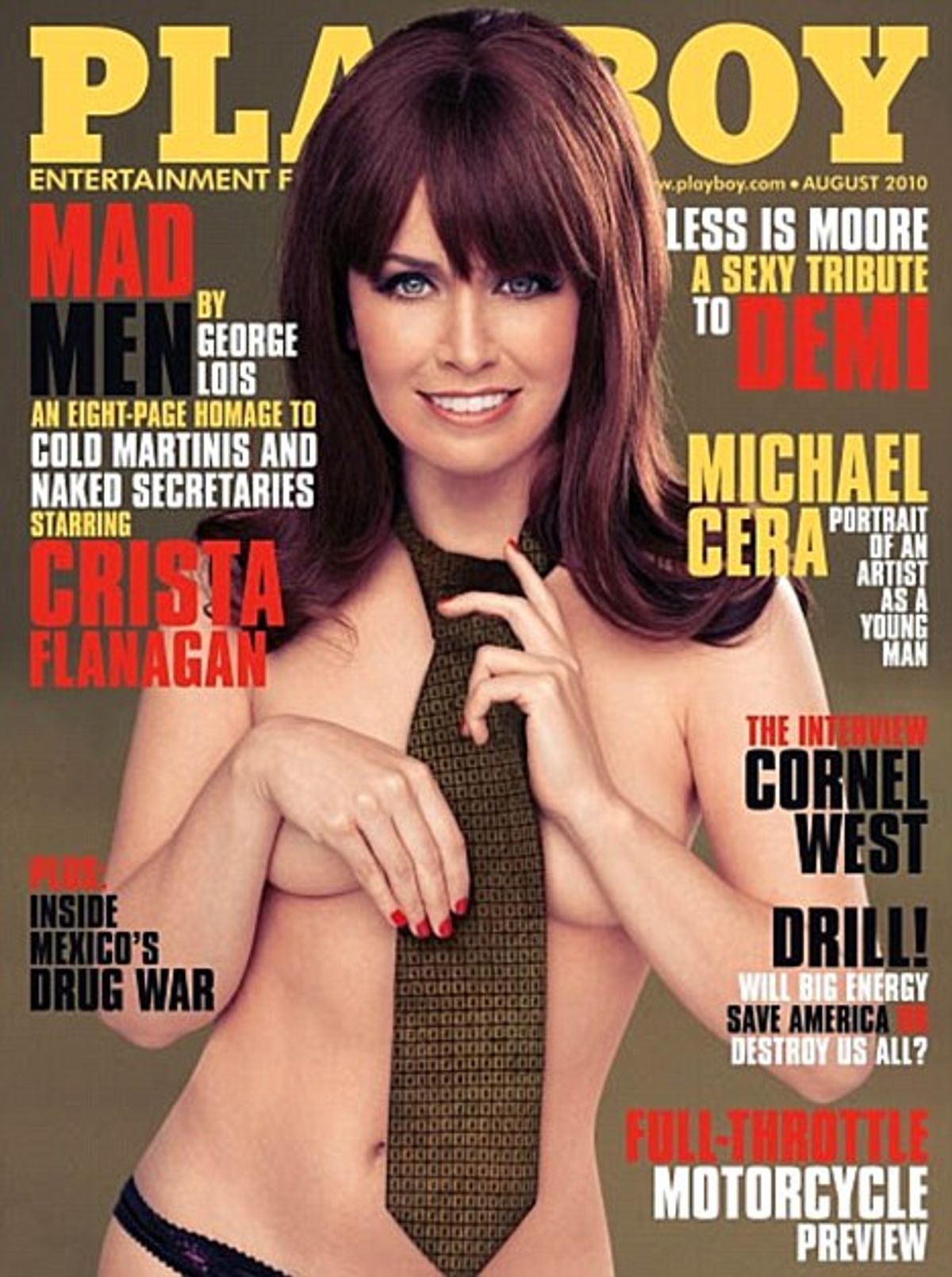 We still live in a Playboy world. That's the conclusion the Washington Post's Elizabeth Fraterrigo comes to after "taking stock of Playboy's legacy." It's an in-depth analysis in light of the recent bidding war between Hugh Hefner and the owner of rival Penthouse for the magazine's parent company — but you need only look to the August issue for a vivid illustration of the brand's current cultural standing: Crista Flanagan, a switchboard operator on "Mad Men," poses wearing just a tie and panties, and inside, the cover line screams, she gets naked in a retro photo spread.

The show's leading actresses aren't posing for Playboy — remember, January Jones instead revealed herself on the cover of GQ — but the magazine still has the Midas touch of sexual validation. "I'm a character actress," says Flanagan. "The parts I play, I'm usually a crazy heroin addict or a lunch lady." Indeed, Flanagan's character on "Mad Men" is nerdy and romantically challenged. "Nobody's ever asked me to take off my clothes, or even kiss somebody," she adds. "I guess I haven't been seen as a sexy person, and sometimes not even as an attractive person." It's a modern-day Cinderella tale for the "Playboy world" — the frumpy girl turned sexpot.

As Fraterrigo argues, the enterprise's cultural clout isn't tied to the magazine itself but to the larger brand, which has been a major player in the "porning" or "pornification" (or whatever other silly buzzword you choose) of America. Ultimately, its influence on our sexual culture, and commerce, has made it harder for the publication itself to survive — but it has also helped create a new feminine ideal: A woman who is both the wife and the whore — or, to get all "Mad Men" on you, a Peggy and a Joan, a Jackie and a Marilyn. And so we strive to be both a skilled actress and a sexpot, a hilarious comedian and a hottie or a female politician and a pinup model. You see? Women can have it all these days.