The pro-family values challenger in the Louisiana GOP Senate primary has family issues of his own, newspaper says 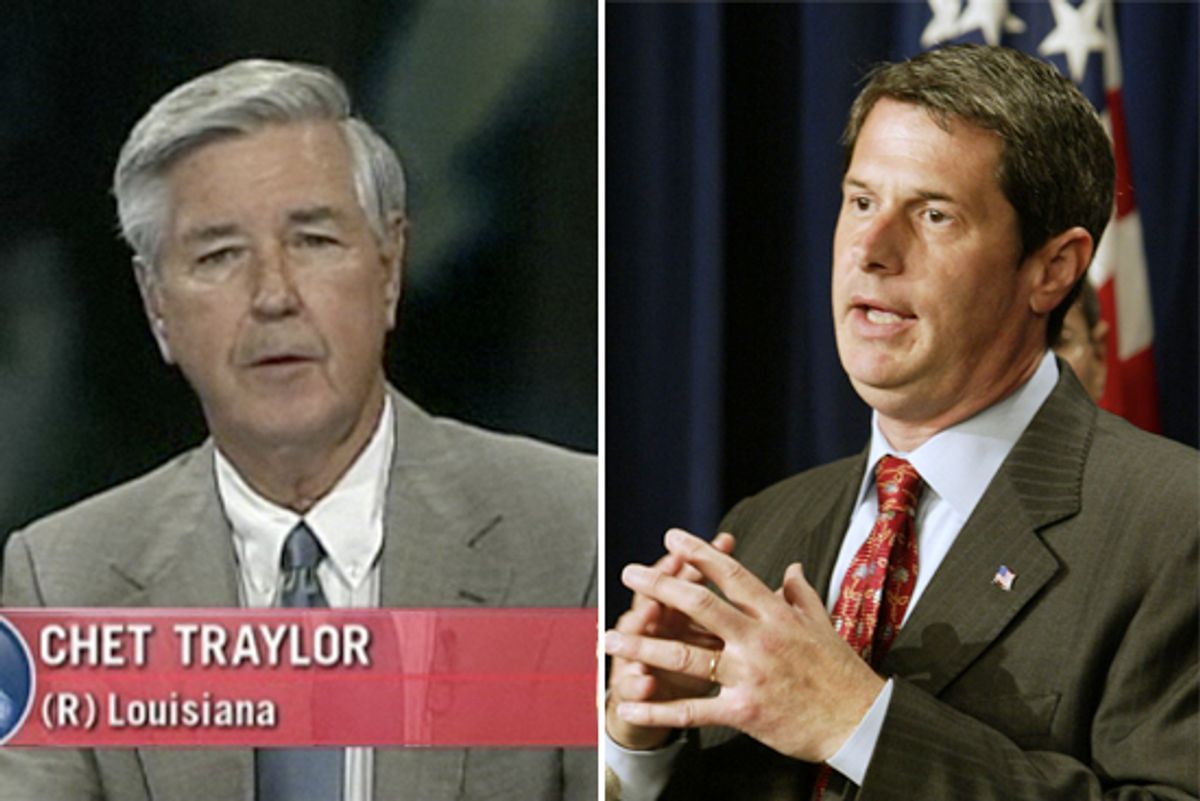 Louisiana Republicans are facing a choice between a family values incumbent who solicited prostitutes and a family values challenger who is currently sleeping with his stepson's estranged wife.

Most people know about the travails of Sen. David Vitter, including the 2007 revelation that he visited prostitutes and the more recent scandal over aide Brent Furer, who Vitter kept on staff working on women's issues even after Furer was charged with assaulting his girlfriend.

When Vitter got a primary challenger in retired state Supreme Court Justice Chet Traylor earlier this month, the Traylor campaign signalled it was going to focus on the Furer and prostitution scandals -- Traylor even admitted that he was ideologically indistinguishable from Vitter. This was a man who had written a landmark 2000 opinion upholding the state's sodomy law, arguing that "any claim that private sexual conduct between consenting adults is constitutionally insulated from state proscription is unsupportable."

So this news today from the Monroe News Star looking at Traylor's many affairs calls into question what he was thinking when he decided to get into a race on the basis of personal integrity:

State Rep. Noble Ellington, D-Winnsboro, said that Traylor was “significantly involved” in the cause of his divorce from Peggy McDowell, who later married Chet Traylor and became Peggy McDowell Traylor.

Traylor is also currently involved in a romantic relationship with Denise Lively, the estranged wife of his stepson, Ryan Ellington, the son of Noble Ellington.

Traylor's stepsons have also sued Traylor, claiming that he tried to block them from collecting information about the estate of their mother, Peggy McDowell Traylor, who died last year, according to the News Star.