My first cake wreck, and a way to avoid yours

Homework for Home Ec meant baking with Mom, and I was fresh out of mothers. But here's a favorite anyone can make 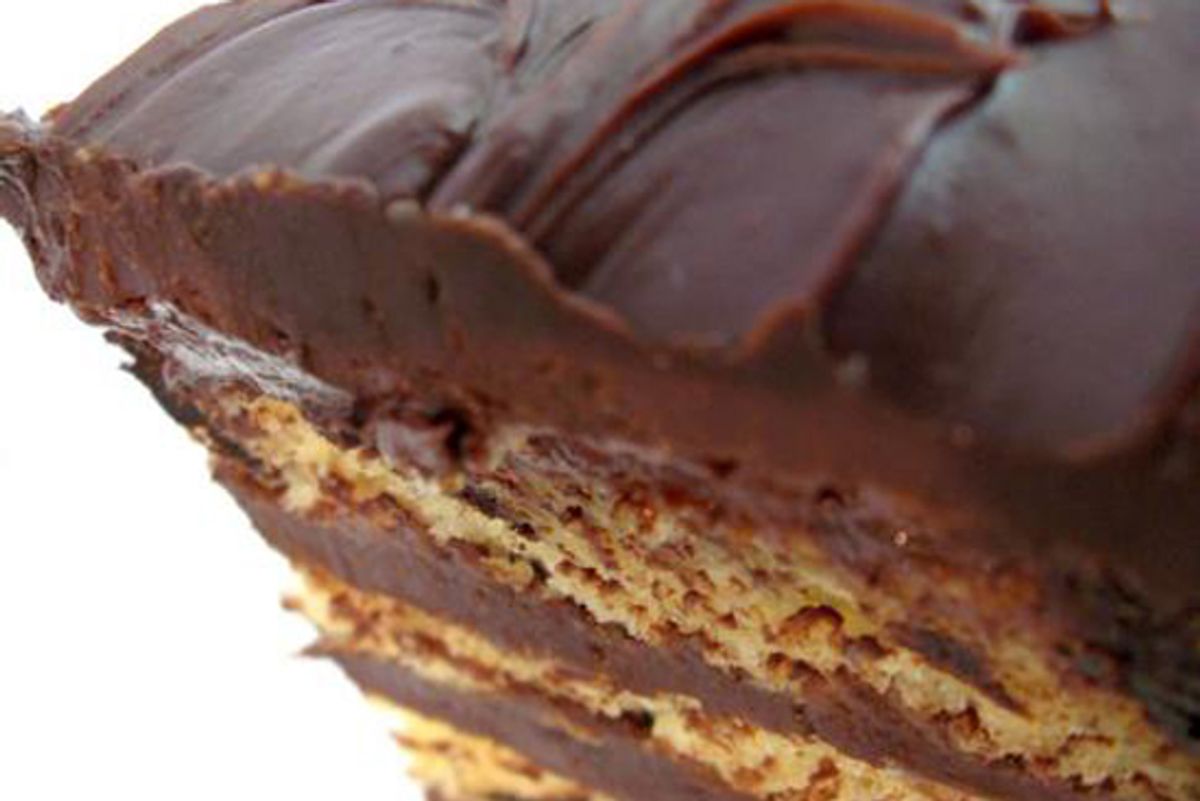 Home Economics was a mandatory (girl) course in seventh grade, and every single project seemed to require a mother. Unfortunately I was fresh out of mothers for most of that year.

First up in the Home Ec curriculum was the "sew a dress with mom" project. My fondest wish tended more toward meeting the Beatles or marrying Illya Kuryakin, not learning to sew. My father enlisted a neighborhood mom to help, and she thought girls came in only one size: small and dainty. Over 5 feet 9 inches with feet past a size 10, I was nothing close to small. I did get credit for completing the dress, and lucky for me the teacher never noticed the masking-taped-seamed hem, or that it was a thousand sizes too small.

The next project, "baking with mom" lamentably meant one thing. Cake. The Home Ec teacher had great affection for all things cake, evidenced by the unending stash of Little Debbie treats in her desk drawer. I pleaded my case using the poor-sad-orphan-card to get a reprieve, but the teacher knew that I had one breathing parent left, which meant I was only one-half orphan. I was toast.

We had to bake the thing from scratch, which involved purchasing ingredients that were not labeled Jiffy Cake Mix. I didn’t have a lot of cash, so I brilliantly figured I'd buy only the important-sounding ingredients for my chocolate cake.

Nesquik seemed more versatile than Hershey's cocoa. Margarine was cheaper than butter and sort of looked the same. I'd use water instead of milk; who would know? Powdered sugar for frosting seemed extraneous since I had to buy the regular kind anyway. Why not use the same stuff for both? Why buy vanilla flavoring if the cake was going to be chocolate?

Baking at 350? I preferred even numbers, like 400, which sounded as though it would bake the cake faster. It did. Well-done to burned cake transpired in a matter of minutes. But hey, it was already chocolate; the dark part was well hidden and it still smelled mostly like cake.

The granulated sugar frosting was, well, lacking. When I found some sliced almonds in the pantry to pat strategically into the grainy frosting, I was feeling quite smart. It looked rather elegant if you squinted, which I hoped my home economics teacher would be doing when I brought it to school the next day.

I needn’t have worried about carrying it — the thing was as heavy as a brick and just as petrified. I dramatically carried the cake like it was fragile; leaving everyone to imagine that it was delicate. There were so many cakes that I easily shoved mine behind the surplus. Other girls were clamoring for the teacher to taste their creations. Something about the law of averages saved me; there were only so many bites of sweetness a person can eat before they surrender. Mine was left alone. But because it looked like cake I got credit. Even motherless, I managed the façade of cake and passed home economics. Barely.

These days I never forget to use vanilla even when I make a chocolate confection. The one lesson I learned from making that seventh-grade cake wreck was that any cake can be made to look presentable, but not all presentable cakes taste good. Given a choice, I opt for both, but taste wins every time. This chocolate and yellow cake is a favorite, and one day I will actually learn the art of marbling.

Notes: To marble correctly, don’t mush the knife through when you make that figure 8. Make sure to draw distinct lines, and working it less is more. Really. In the photo, I used both ganache and buttercream just because I wasn’t sure which I wanted. Next time I will use a thinner layer of ganache between the layers and pour a glaze over the top and sides. Still, there is no such thing as too much chocolate.