American right should take a lesson from the Brits

Conservatism doesn't have to celebrate ignorance and rely on divisiveness 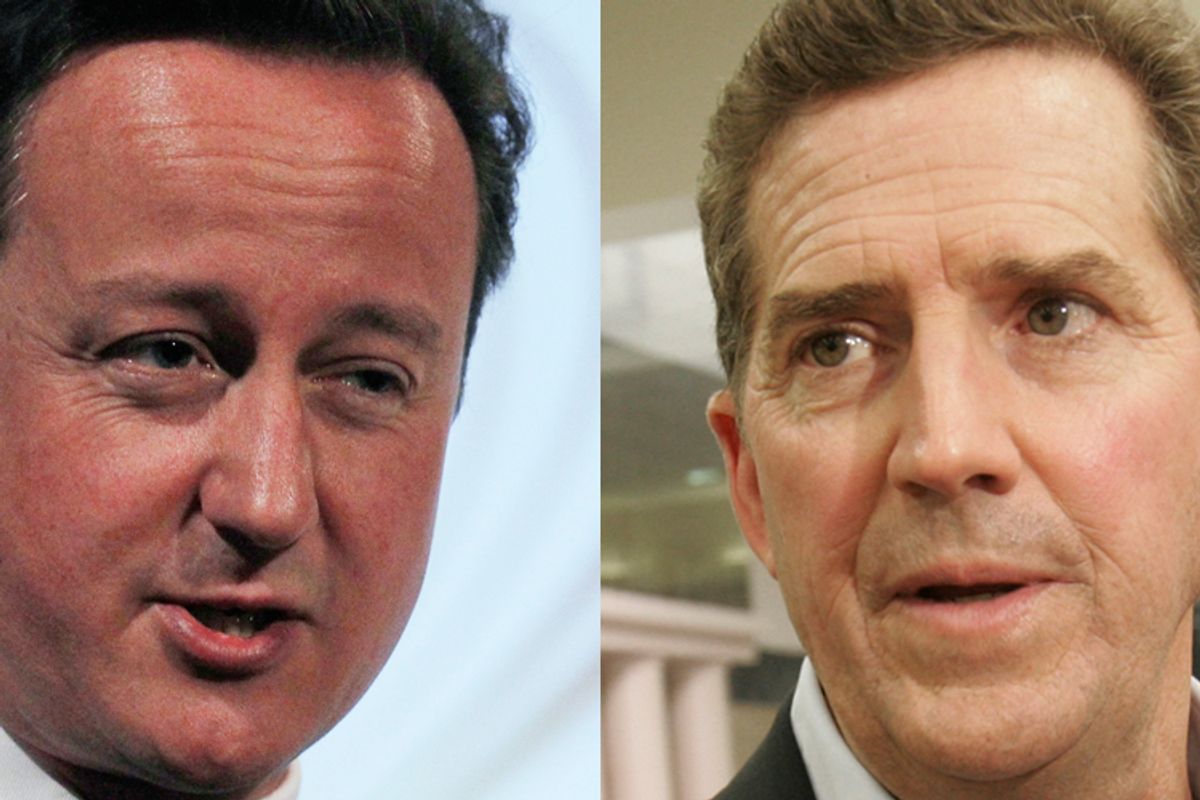 Back in late March, a panel of British MPs declared their country’s famous "special relationship" with the United States dead. That may be going too far, but even those who insist that the old partnership still has some life in it concede that it is imperiled. I, for one, could care less; I favor amicable relations with the British and cooperation when our interests coincide, but the foreign policy realist in me objects to the very idea of a special relationship.

But that wasn’t the only symbiotic partnership between the two nations. Conservatives in Britain and the United States once enjoyed a bond of their own, perhaps most famously during the Thatcher-Reagan years. And while I would be lying if I said I was pleased with the legacy either of them left behind, a quick study of the differences between modern Republicans and present day Tories makes me yearn for the days of the great special relationship, right-wing edition.

Simply put: the Tories, for all of their myriad flaws, seem to be responsible adults who share some acquaintance with the real world. Republicans, on the other hand, are Republicans.

Never was the contrast starker than yesterday, when British Prime Minister David Cameron unveiled the first major conservative domestic policy initiative of his administration: the much vaunted "big society." While specific details are still hazy, the overall strategy is to train volunteers in different communities for different public service jobs, so the British government can scale back its own role in providing those services.

It is, in other words, a deeply conservative plan, one based on the principles of limited government, personal responsibility, and community ties. But lest that sound like an endorsement, I should point out that the proposal exhibits many of the fatal flaws of conservative politics: it seems aimed to reduce spending at a time when the stagnating British economy desperately requires more stimulus, and, as the Guardian helpfully points out, it could potentially exacerbate British class and income disparities.

Yet while the UK’s left flank may balk at the proposal, I don’t think I’m alone among American liberals in envying them their opponents. At least the Tories are offering up coherent, positive policy prescriptions. Meanwhile, the American GOP has gone so unhinged that it seems perfectly willing to turn the upcoming election into yet another referendum on the disastrous Bush years. Their ideological commitment to tax cuts blinds them to even the most basic economic principles. And whereas Cameron acknowledges the necessity of addressing climate change, Republican leaders still blithely ignore the obvious.

If there is a common thread running through the above examples, it is this: mainstream American conservatism has abandoned the very conservative principles on which Cameron plans to build his big society. Instead of supporting limited government full stop, they presided over a drastic and unwieldy expansion of the American national security state (the very one outlined in the Washington Post’s groundbreaking new investigative report). Instead of supporting fiscal responsibility, they have engorged the deficit and claimed that tax cuts for the wealthy "pay for themselves" despite evidence to the contrary. And instead of advocating personal responsibility, they have tried to evade accountability at every turn; railing against the welfare state except when their base stands to benefit from it, denying any anthropogenic role in climate change, and resisting all attempts to investigate the human rights violations of the Bush administration even as the Cameron government announces its own investigation into British wartime abuses.

There is no doubt that GOP’s flight into lunacy will, as Jon Chait notes, blunt their momentum in the midterm elections. As a result, some particularly glib progressives might be tempted to cheer their descent. That is a grievous mistake, for two reasons.

The obvious one is that no matter what happens in 2010, the Republican Party will still have the power to obstruct progressive legislation. In fact, they will likely have the power to bring the entire legislative process to a grinding halt; what they won’t have is the basic decency and democratic spirit to prevent them from doing so.

Besides, liberalism needs conservatism. Democracy is nothing without debate, and it is nothing when subject to effective one-party rule. But debate is not the same thing as mindless obstructionism: it requires good-faith rivals with coherent arguments, not shrieking nihilists. So envy the British; while their conservative leaders might be wrong on a great number of things, they at least fall in the former camp. Ours, for the time being, have their feet planted firmly in the latter.