American TV: Still not ready for an abortion 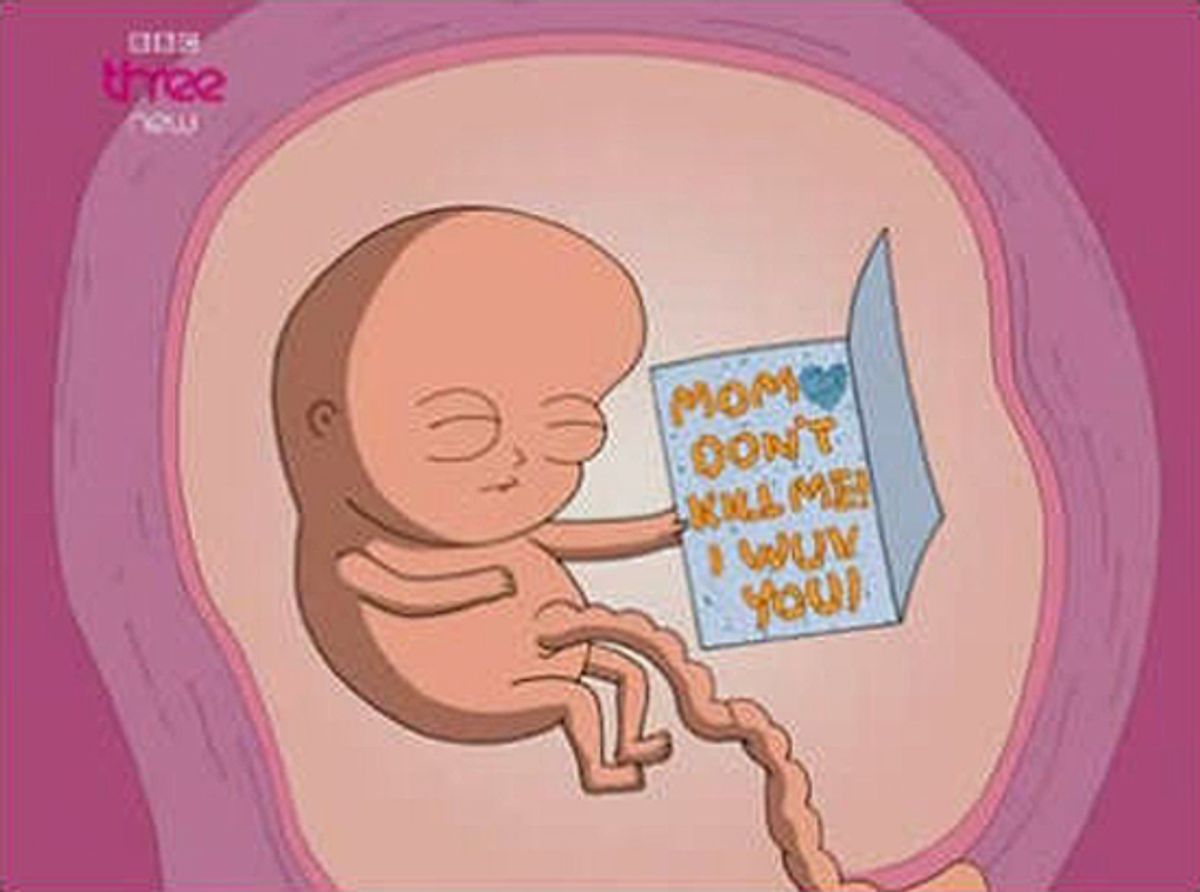 When "Family Guy" creators announced a year ago they were ready to take on abortion, its network, Fox, gave creator Seth MacFarlane and his writers its blessing. When they got a load of the "Partial Terms of Endearment" episode, however, they backed off on airing it. But behind every creative controversy, there's a golden branding opportunity, and Fox's somewhat less conflicted home video arm is releasing the reproductive-choice-themed episode as a stand-alone DVD in September, under the gotta-have-it "BANNED FROM TV!" banner. Monetizing the controversy with a clever "too-hot for television" promotion? Seems just a little like having an abortion and getting your baby too.

What else was Fox to do? "CSI" and "Law & Order: SVU" serve up a buffet of torture porn on a regular basis, but that thing that rhymes with smashmortion is still a tough sell to advertisers — evidenced by the network's assertion that withholding the episode was "a business decision." Perhaps that's the why Dave Itzkoff unironically wrote Tuesday in the New York Times that "It’s not that abortion is a totally forbidden subject on network television: a recent episode of the NBC drama 'Friday Night Lights' dealt with it, and the best-known treatment of the issue, a two-episode arc of 'Maude,' was produced by Mr. Lear in 1972." See? We've already had one prime-time abortion this year. We're not due again till 2048.

But ever since Roe v. Wade, the vague notion of "choice" has come up pretty regularly on television, just usually with the convenient outcome of a well-timed miscarriage, a ratings-grabbing baby, or an abstract look at the issue, like when "Private Practice" addressed the different positions of a group of doctors dedicated to fertility.

A few abortions have managed to slip through here and there, however, notably "Everwood's" 2003 two-parter that hedged its bets by letting a minor character have the procedure at the hands of another supporting character. The teenaged Claire Fisher got an abortion on "Six Feet Under" — but she also got a visit from her heavenly fetus. And it's been 17 years since Tami exercised her constitutional right to choose during the Los Angeles season of "The Real World."

But abortion on television is still barely even discussed. On "Friends," Rachel's unplanned pregnancy was summed up with a quick exchange "Are you really going to do this?" and a shrugged "Yeah." On "Desperate Housewives," already overburdened mother Lynette flirted briefly with the idea of choice before welcoming another baby. And while both Carrie and Samantha admitted their previous abortions without regret on "Sex and the City," when Miranda found herself knocked up, she had a sudden maternal change of heart right there at the doctor's office. Likewise, while Ruby almost got an abortion 10 years ago on "Felicity," she too had a last-minute realization of the magic of motherhood. And Cartman's mom did once mull a late-term abortion on "South Park," before getting the tough news that you can't get rid of your 8-year-old.

You want pregnancy? TV is lousy with it. But how far do we have to search to find a woman who rationally, unapologetically decides to terminate a pregnancy? All the way back to the '90s, and to England, for "Prime Suspect" heroine Jane Tennison. So it was encouraging that "Friday Night Lights" tackled the subject with sensitivity and mixed feelings and still followed through, letting 15-year-old Becky conclude, "How awful it would be if I had a baby and I spent the rest of my life resenting him or her" before deciding, with two words, "I can't."

There is, unsurprisingly, no such emotional weight to be found on "Family Guy," which has this season alone gleefully mocked Vietnam veterans and kids with Down Syndrome. Instead, matriarch Lois Griffin agrees to be a surrogate for another couple — who then die in a car crash. Should she go through with the pregnancy, or "send it on up to Dale and Naomi," who are "probably waiting for it anyway"?

Four decades after Roe v. Wade, are we ever going to be able to talk about abortion on television and have more to say than, "Maude had one?" That this is a medium that can give us the Dharma Initiative but still can't confront a legally acceptable procedure that 40 percent of American women experience is, at this point, insane. That "Family Guy," that doofy, generally unfunny bastion of sophomoric jokes, should be one of the few shows brave enough to even address the topic is bananas as well. And that Fox wouldn’t air the episode says we're still a long way from having anybody on "Glee" or "The Office" or "House" look at those telltale lines on the stick and finally decide what millions of American women have — that just they're just not ready for motherhood.