Steny Hoyer: Then and now

House majority leader says closing Gitmo is not a priority. In 2007, he said the prison endangers American lives 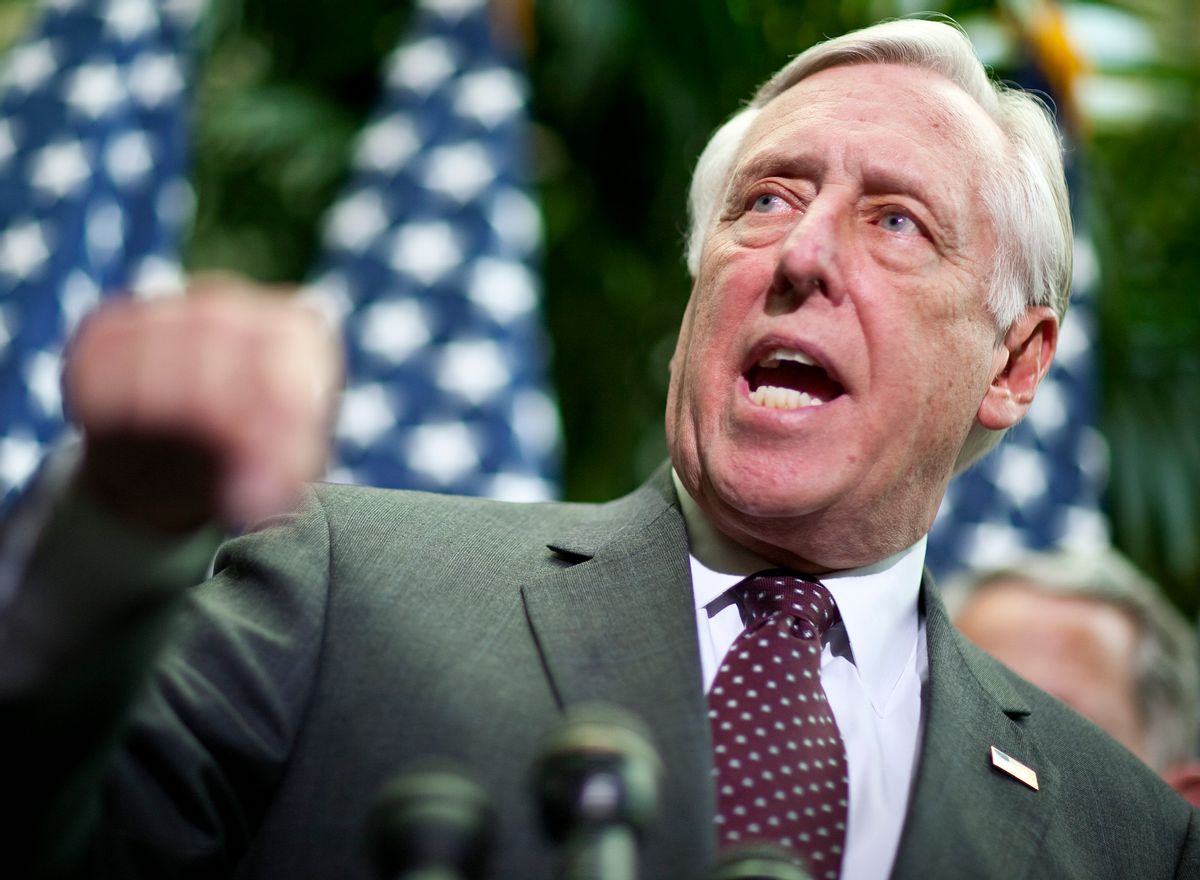 Holding prisoners for an indefinite period of time, without charging them with a crime goes against our values, ideals and principles as a nation governed by the rule of law. Further, Guantanamo Bay has a become a liability in the broader global war on terror, as allegations of torture, the indefinite detention of innocent men, and international objections to the treatment of enemy combatants has hurt our credibility as the beacon for freedom and justice. Its continued operation also threatens the safety of U.S. citizens and military personnel detained abroad. . . . A liability of our own creation, the existence of the detention facilities at Guantanamo Bay is defeating our effort to ensure that the principles of freedom, justice and human rights are spread throughout the world.

House Majority Leader Steny Hoyer acknowledged Tuesday that closing down the Guantanamo Bay prison is not a top priority for congressional Democrats.

In response to a question from a reporter about where shutting down Gitmo stands, Hoyer said, "I think that's not an item, as you point out, of real current discussion. There's some very big issues confronting us - dealing with growing the economy and Iraq and Afghanistan."

Hoyer added, "I think you're not going to see it discussed very broadly in the near term."

How can it be that it's not a priority to end something which -- as Hoyer put it in 2007 -- "threatens the safety of U.S. citizens and military personnel detained abroad"?   Why would Democrats like Hoyer be so willing to jeopardize the safety of American citizens and the lives of Our Troops abroad by de-prioritizing something which (at least if the 2007 Hoyer was to be believed) directly threatens them?  Also, we had wars in Afghanistan and Iraq in 2007 along with a whole variety of other problems -- if those issues now justify de-prioritizing the closing of Guantanamo, why wasn't that also true in 2007 when Hoyer (and most other Democrats ) were vocally demanding that Bush close the camp?

This, needless to say, is par for the course:  policies which establishment Democrats pretended to vehemently oppose when out of power magically transformed into policies they embrace when in power.  Ironically, in response to the 2007 Hoyer letter, a Bush spokesperson "said the letter was received and noted that Bush has said he wants to close Guantanamo. 'A number of steps need to take place before that can happen, and we're continuing to work on those,' she said."  Sound familiar?  Recall, too, that even the Obama plan to move the camp to Illinois would have entailed preserving one of the core factors condemned by Hoyer ("Holding prisoners for an indefinite period of time, without charging them with a crime goes against our values, ideals and principles as a nation governed by the rule of law").

Along these same lines, a provision in the new Intelligence Authorization Act which would provide for substantially greater oversight of the intelligence community has now disappeared from the bill in the face of a threat from the Obama White House to veto any bill containing it.  I wrote before about the Obama administration's efforts to prevent greater oversight of covert intelligence programs -- greater oversight also used to be an advocated Democratic policy -- but it's particularly ironic that Obama succeeded in quashing further oversight on the exact day that The Washington Post documents the completely out-of-control, unaccountable, secret world of the National Security and Surveillance State.  Allowing an audit of these intelligence programs by the General Accounting Office to ensure compliance with the law -- something Nancy Pelosi was pushing -- would have been one mild means of ensuring at least a marginal degree of accountability over Top Secret America.  Yet it looks likely even that will not happen because Obama is threatening a veto to prevent it.  I wonder why he would do that?

UPDATE:  Charlie Savage just noted on Twitter that Marty Lederman -- the former blogger, Georgetown Law Professor, and vociferous critic of Bush executive power and Terrorism policies -- is leaving his position at the Office of Legal Counsel to return to Georgetown Law.  Late last month, David Barron -- the acting OLC Chief -- also announced that he is leaving, to return to Harvard.  With Dawn Johnsen never having been confirmed and her nomination to head the office now withdrawn, what had originally seemed to be such a promising team at OLC -- the office which determines for the Executive Branch the legal limits of presidential authority -- no longer exists.  It will be interesting to see if Lederman comments on any of the theories and policies that were continued and/or adopted during his tenure.