Reshma Saujani quote of the day 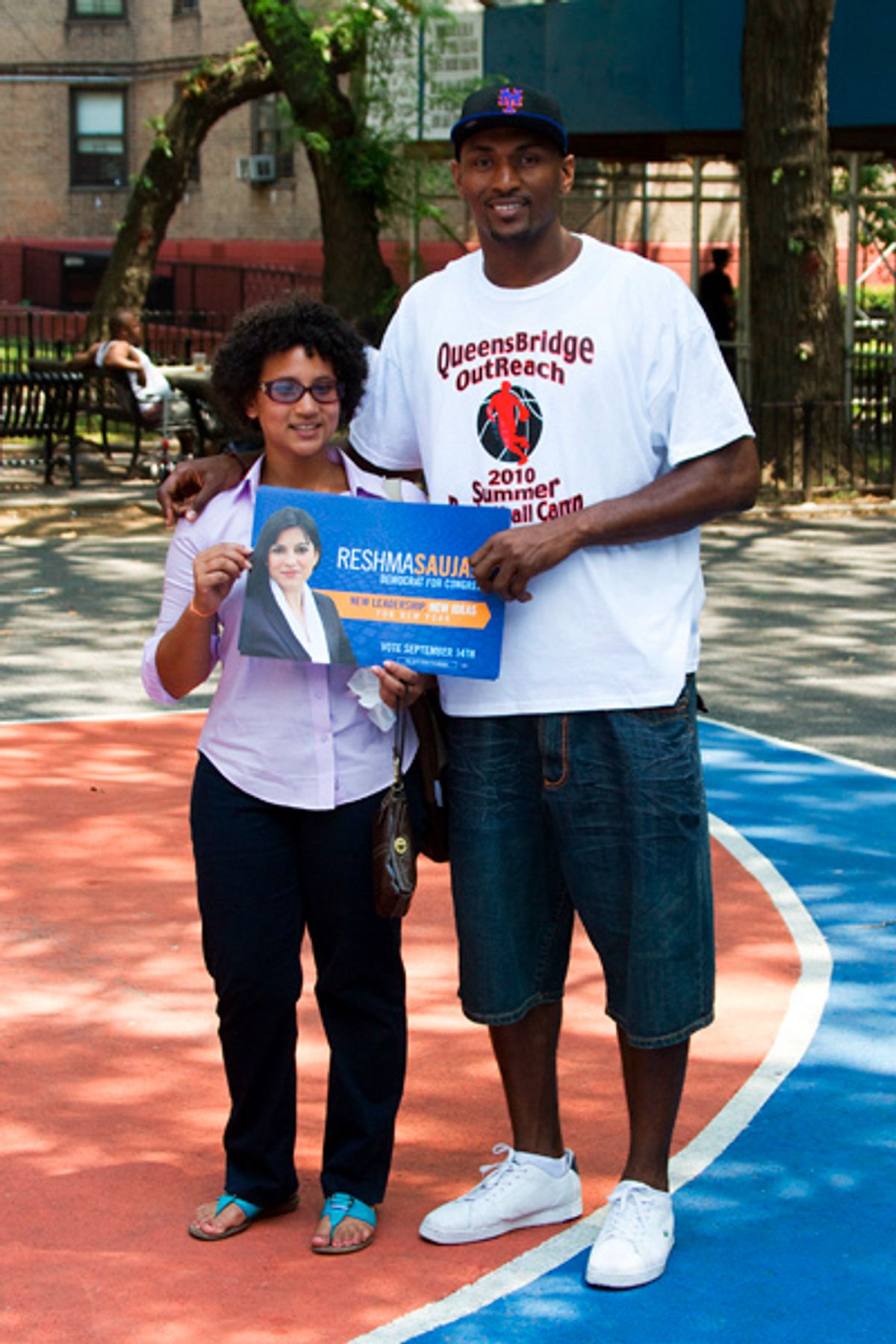 Saujani described her ability to mobilize South Asian support as "one piece of a larger strategy, which is getting our Obama-surge voters—people who have not traditionally been part of the political process. Like, we spend a lot of time on Upper East Side moms under the age of 45 who have house parties for us after drop-off."

After a pause, she added, "I've spent a significant amount of my time in Queensbridge and Ravenswood and Astoria housing and in public housing."

In addition to Upper East Side moms under the age of 45, the Saujani campaign is also touting the support of Ron Artest of the Los Angeles Lakers.

(Though Artest was just photographed next to a Saujani supporter at a basketball tournament, which should not imply actual support for her campaign. Presumably he has never held a house party for Saujani after "drop-off.")