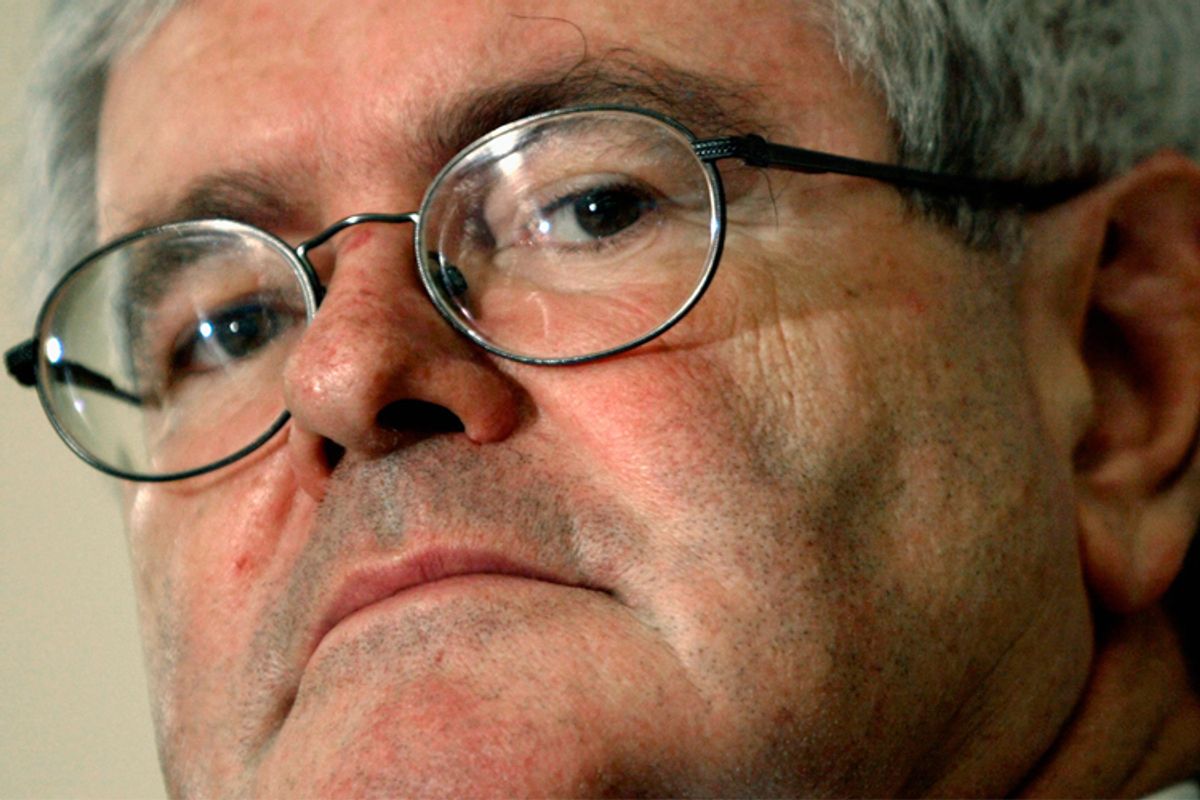 In a new blog post arguing against the planned Muslim community center near Ground Zero, Newt Gingrich explicitly argues that the United States should follow the lead of the oppressive theocracy of Saudi Arabia and reject the so-called Ground Zero mosque.

This is not a distillation or summary of his argument. Gingrich actually favors adopting the discriminatory policies of the Saudis. Read it for yourself (emphasis ours):

There should be no mosque near Ground Zero in New York so long as there are no churches or synagogues in Saudi Arabia. The time for double standards that allow Islamists to behave aggressively toward us while they demand our weakness and submission is over.

Those Islamists and their apologists who argue for "religious toleration" are arrogantly dishonest. They ignore the fact that more than 100 mosques already exist in New York City. Meanwhile, there are no churches or synagogues in all of Saudi Arabia.

If the people behind the Cordoba House were serious about religious toleration, they would be imploring the Saudis, as fellow Muslims, to immediately open up Mecca to all and immediately announce their intention to allow non-Muslim houses of worship in the Kingdom.

The time to take a stand is now - at this site on this issue.

Meanwhile, Yahoo's Upshot blog reports that anti-mosque protests are on the rise around America.