The network skewers our obsession with the star's sad, lonely life 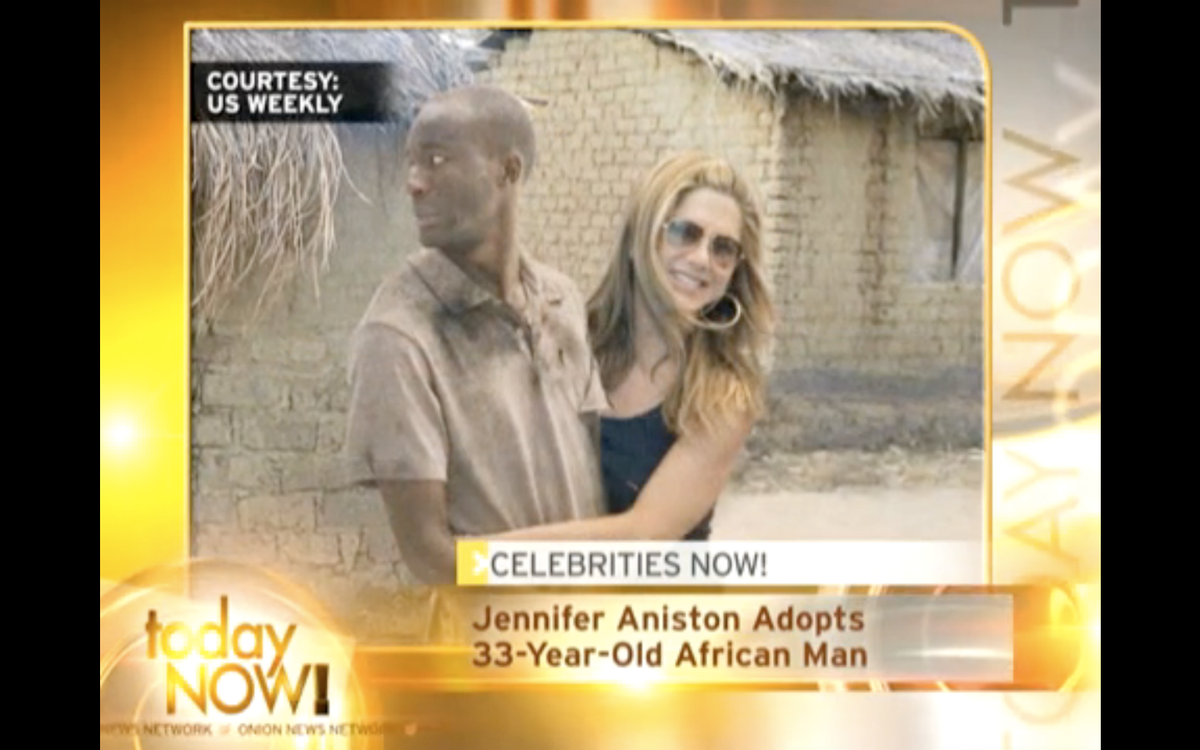 Poor, poor Jennifer Aniston. She's rich; she's successful; she's gorgeous. It's TRAGIC. After all, she's over 40 now, and with no boyfriend, well… tick tick tick. Obviously, her life is rapidly losing all meaning as she spirals toward barren spinsterhood. So terrible is the specter of Aniston's fate that Babble recently devoted a slideshow to that unfulfilled crone and other "Celebrities with Aniston Syndrome." But while Babble ultimately decided that musing who might "regret not having a baby sooner" is douchey and pulled the piece, the endless speculation about when the "Friends" alum will just settle down with a nice man (note to Jen: not John Mayer) and start a family never lets up. We just want you to be happy, dear.

So we're thrilled that the ever-masterful Onion has scooped even TMZ itself, breathlessly reporting Wednesday that Aniston has one-upped Angelina Jolie and adopted Negasi, a 33-year-old boyfriend from Africa. Those days of trying "unsuccessfully to get a man the natural way" a thing of the past, the inevitably nicknamed Jenegasi are already succeeding at Aniston's greatest life goal — driving Brad Pitt crazy. Celebrities: Aren't they adorable when they conform exactly to our own tidy projected desires?