Next for Journolist leaks: Sarah Palin? 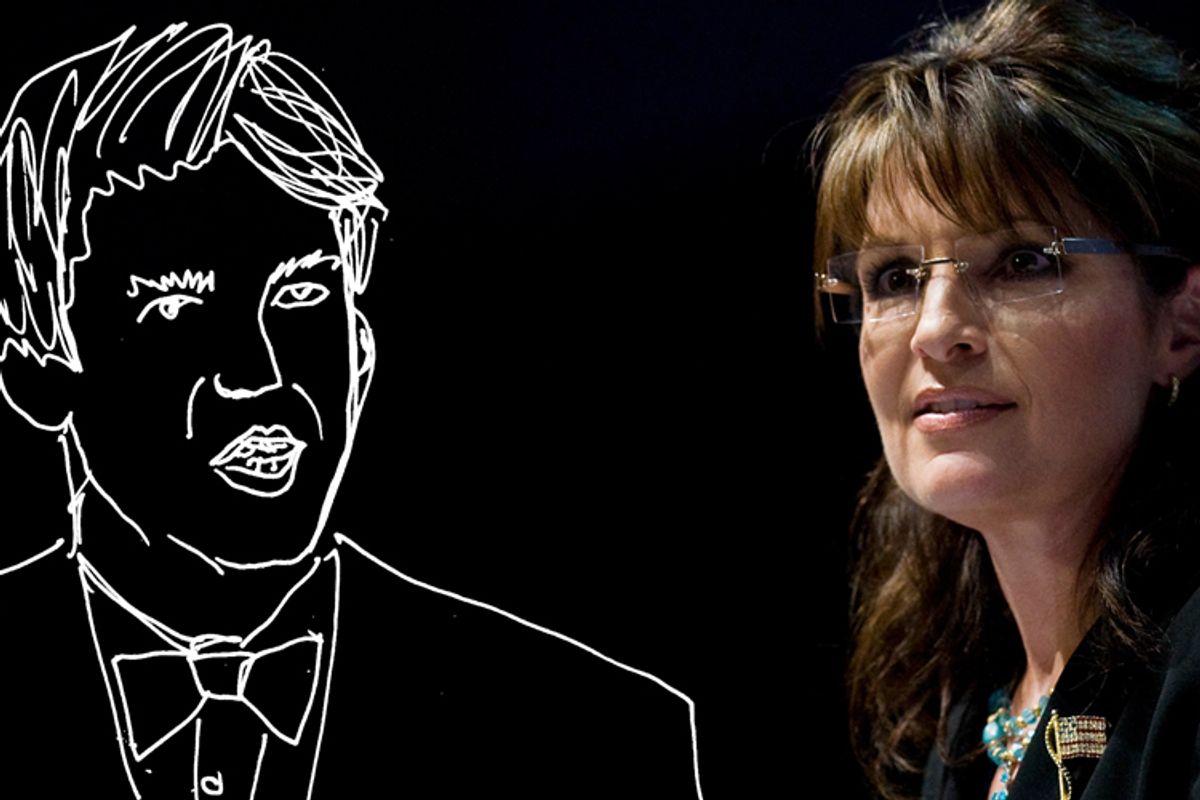 We know -- because Tucker Carlson won't shut up about it -- that the Daily Caller will continue publishing out-of-context excerpts from the Journolist listserv -- presented with shamelessly misleading commentary and analysis by Jonathan Strong -- as long as they can find messages to fit into their predetermined narrative of a liberal conspiracy. And, as I already mentioned, Sarah Palin's Facebook note on the ginned-up media scandal ended with this confident prediction:

It really says it all – though more will no doubt be revealed in the future, no doubt covering the lamestream media’s coverage of other issues and people. May the light keep shining!

I think that means that, not only does Palin know there's more to come, but she also specifically knows there's going to be material about her. She's licking her chops at the chance to play aggrieved victim of media bias again.

Considering that most of the messages leaked so far date back to the 2008 elections, it is almost certain that there are messages about Sarah Palin. I'm guessing the Caller already has queued up its story on the liberal conspiracy to get Sarah Palin, and we'll see it tonight or tomorrow.

One thing I can say with more confidence that we'll see tomorrow is The Lighter Side of Journolist. John Tabin, from the conservative American Spectator, says someone from the list leaked to him an entire Journolist thread, with the names stripped out. But it's not a shocking thread about the Rev. Wright or Killing Rush Limbaugh. The idea is to demonstrate how "inane" most Journolist discussions were.

A member of Journolist has leaked a thread to me, in fact -- albeit with the authors' names stripped out -- under the condition that I promise to run it in its entirety. When I do so tomorrow, you will see, again, how utterly inane the discussions on Journolist often were.

So there's this to look forward to.