Show about the trials and tribulations of children-having-children is back, this time with more tears 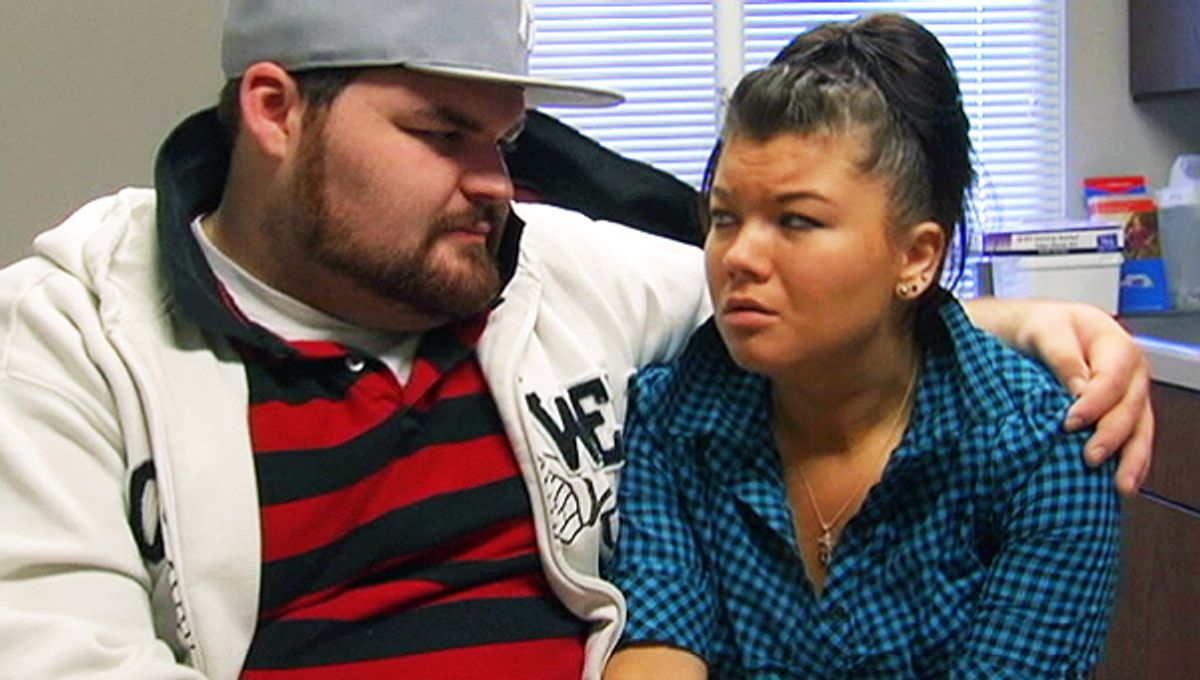 Gary and Amber have another pregnancy scare on MTV's "Teen Mom".
--

If there was ever a reality show that was better birth control than "Jon and Kate Plus 8," it's MTV's "Teen Mom." A spin-off of "16 and Pregnant," this slow-mo trainwreck follows the incredibly difficult struggle of four girls and the children they're raising. The notable exception is Catelynn, who gave her baby up in an open adoption but can't seem to settle into a life with her boyfriend Tyler. It might be because he calls her a "leech," but that's just a guess.

Ken Tucker at Entertainment Weekly gives a short review of the season premiere, with video. The Seattle Post Intelligencer featured a  TV Guide interview with teen mom Maci on Monday, in which she talks about her new boyfriend and life with a toddler. The drama isn't limited to child-rearing for these girls: back in January, Farrah Abraham's mother was arrested for hitting the teenager. And if you just can't stand watching the entire episode below, a recap can be had at the Ledger-Enquirer.