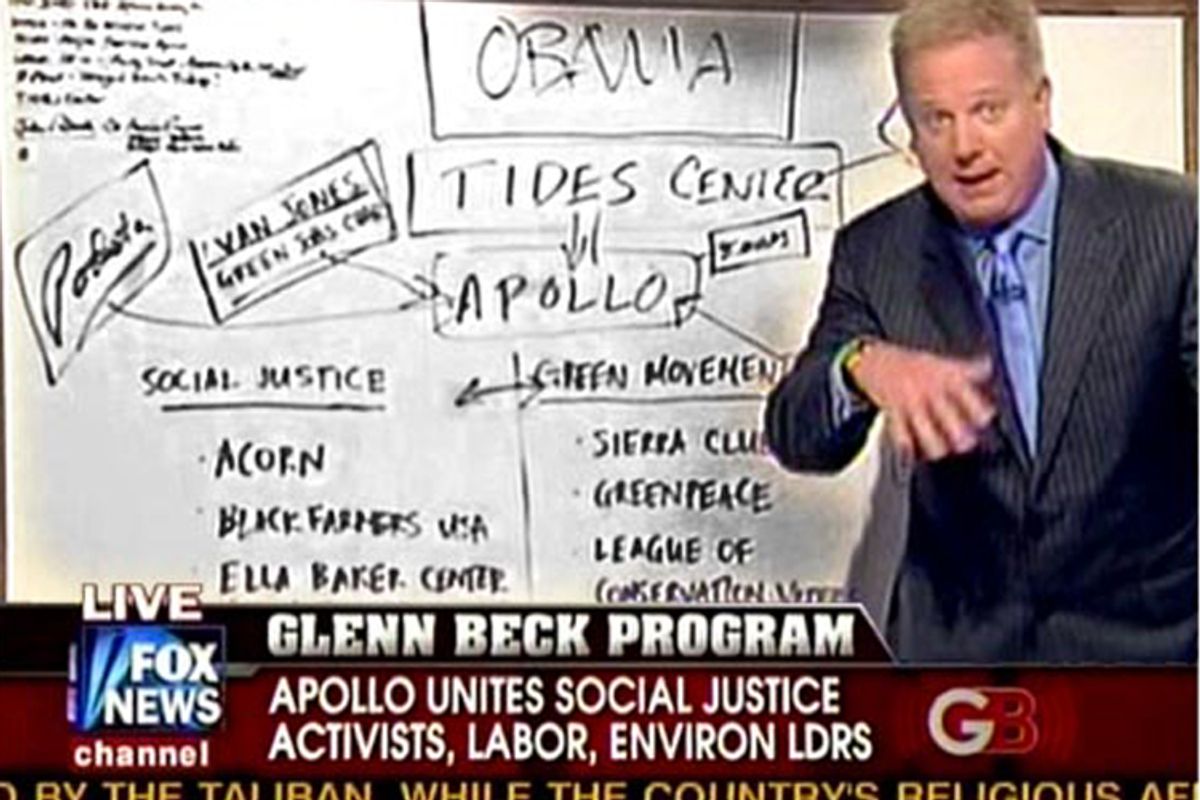 Police said last night that Byron Williams, the heavily armed man who got into a shootout with police after being pulled over in Oakland Sunday, was en route to kill officials in the San Francisco offices of the Tides Foundation and the ACLU.

The ACLU has been a whipping boy of the right for years. But the Tides Foundation? If you haven't heard of Tides, a standard-issue lefty foundation that's been around since the 1970s, it probably means you don't watch the Glenn Beck program. It turns out that Beck rails against Tides constantly on his program — roughly weekly, according to our search of his show transcripts. That includes two shows less than a week before the July 18 shooting. Tides frequently appears on Beck's famous blackboard renderings of who is pulling the strings of the Obama administration and the liberal media.

Also keep in mind here that Williams' mother told the press that her son was angry by what he heard about left-wingers on TV news — though we still don't know what specifically he was watching. Beck's obsession with Tides in the context of the Oakland shooting was first pointed out by the blogger Michael Wolraich.

Here's what Beck said about Tides on July 13, five days before the shooting:

Here's another typical Tides diversion from Beck's April 27 show, in which the foundation served as a link in a chain connecting the White House and domestic terrorists:

The Joyce Foundation, which gives money to the Tides Foundation -- John Ayers, the brother of Bill Ayers, Wade Rathke. On the board between '03 and '08 was Valerie Jarrett. She is in the White House now. She was also with the Fed in Chicago at the same time she was on this board.

Tides spokeswoman Christine Coleman told Salon that "after comments [about Tides] on Glenn Beck, similar things pop up on the right-wing blogosphere." So clearly there is an echo-chamber effect here, with Beck the driving force.

No one's saying that Beck is advocating violence or that anyone who watches Fox will be whipped up into a frenzy to hunt out left-wingers. But there's a real possibility that Williams heard about Tides on Beck's show.

A spokesman for Beck declined to comment on the Williams case.