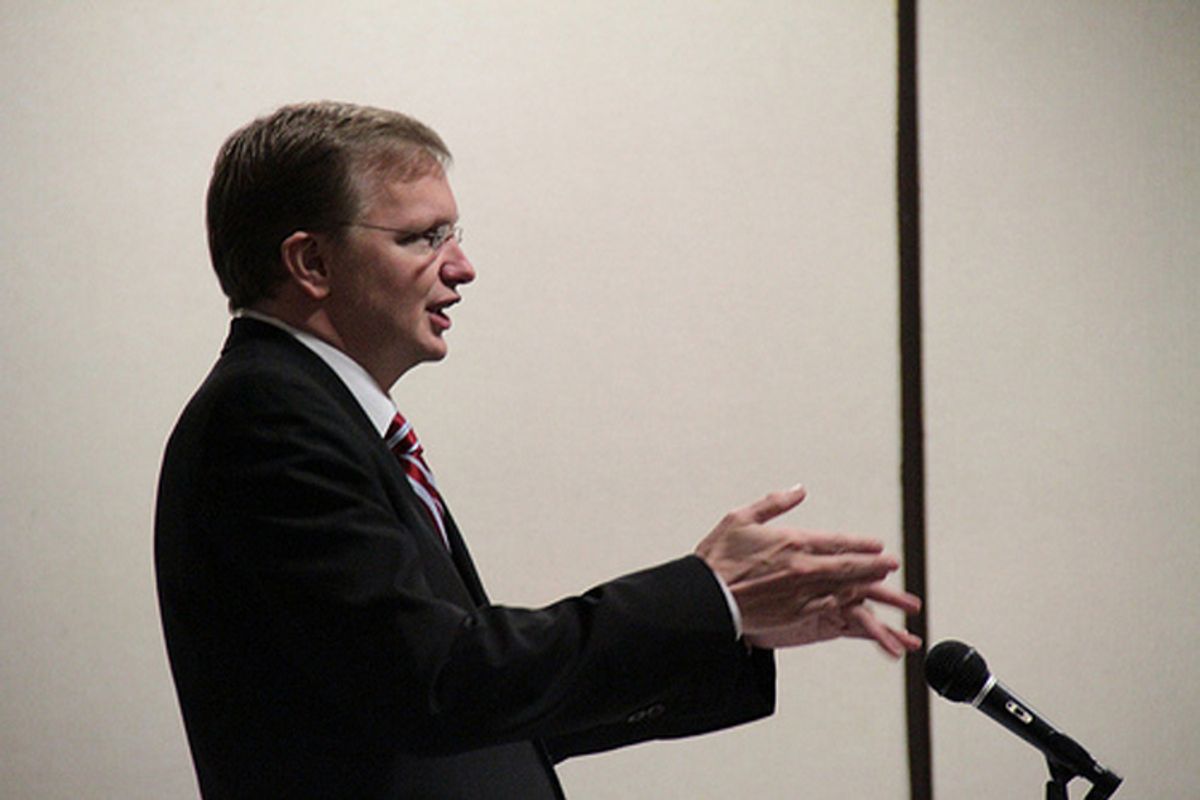 After Shirley Sherrod was unceremoniously and unfairly fired from the Department of Agriculture because of a deceptively edited video posted by conservative outrage-clown Andrew Breitbart, the White House took pains to note that the decision was made by USDA Secretary Tom Vilsack and Tom Vilsack alone. But at a meeting <strike>this</strike> yesterday morning, one senior White House official praised the embarrassing White House response to Breitbart's smear. Because at least they acted quickly.

According to reporting by Ben Smith, White House Deputy Chief of Staff Jim Messina "singled the White House's initial response to the incident out for praise in the regular 8:30 a.m. staff meeting Tuesday morning." Specifically, he "praised the speed of White House communications in response to the flap...."

It gets worse. Here's one source's version of Messina's comments:

One source, who is unhappy with the administration's handling of the incident, paraphrased Messina's remarks: "We could have waited all day – we could have had a media circus – but we took decisive action and it’s a good example of how to respond in this atmosphere."

Two other officials disputed that paraphrase, but they acknowledged that Messina found something praiseworthy in the administration's miserable response to the character assassination of an honorable public servant. According to them, the nice thing about the response was that... they communicated well.

Messina could not have been praising a White House decision to fire Sharron, the source said, because the decision was made by Agriculture Secretary Tom Vilsack.

Yes, that is a very good, meaningful point, and not at all meaningless. That Vilsack is such a loose cannon! It is a good thing, for the White House, that we cannot hold them responsible for his idiotic decisions.