"California Gurls" singer drops a new single, drops her clothes and wants us all to smell like her 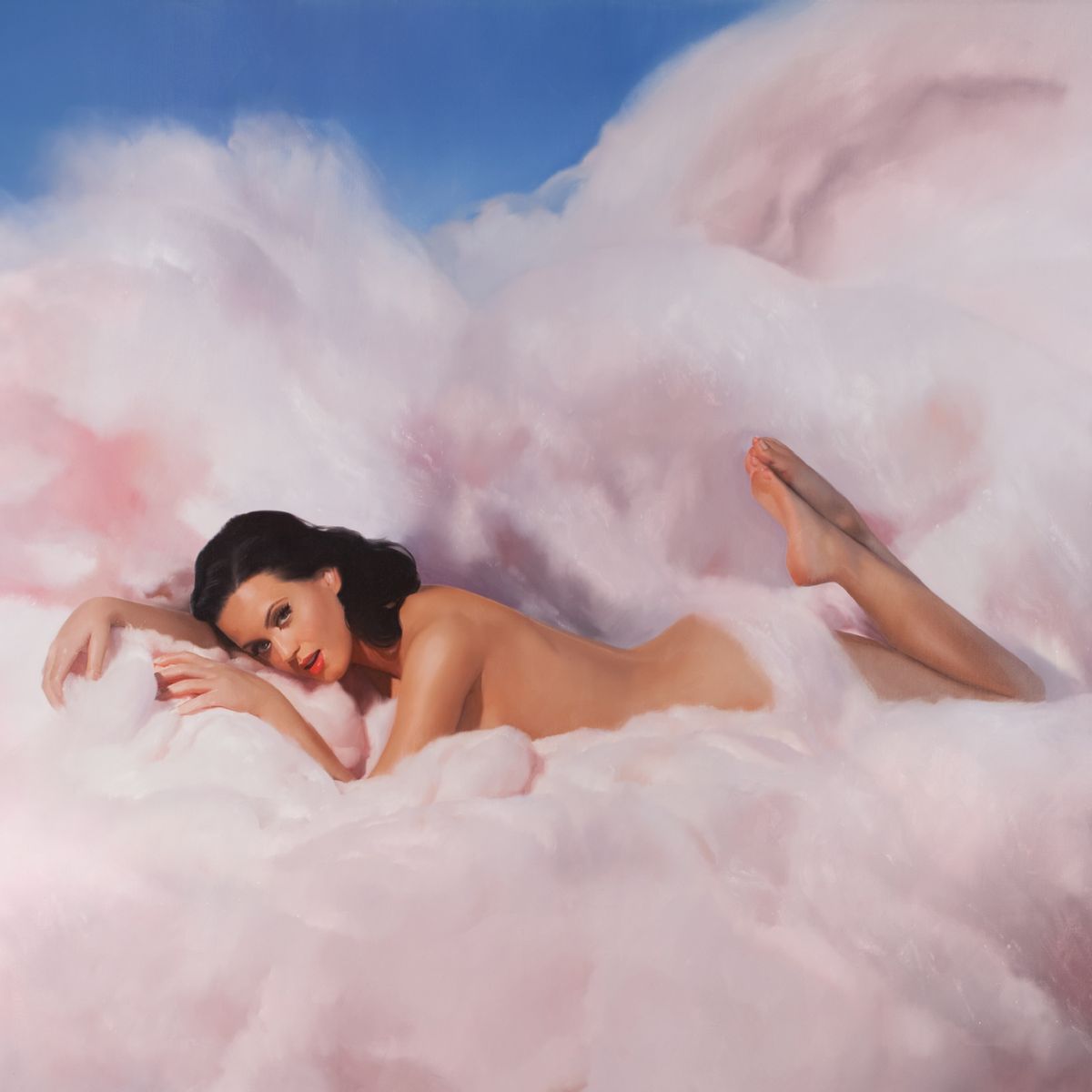 Redefining what it is to be "overexposed," the girl who chastised Lady Gaga for "blasphemy" is stark raving naked on the cover of her new album. Katy Perry debuted the image this week, chatting up fans on Ustream and cooing over the record's cotton candy clouds.  Not one to rest on her laurels, Perry dropped a new single, "Teenage Dream," today too, and the only place to find it (legally) is Perez Hilton's site. Her first song from next month's album just got bumped from the Billboard top spot by Eminem, so kudos to Katy's people at Capitol Records for the savvy marketing.

In case you need more Katy Perry, she's developing a fragrance called Purr that we can hope doesn't smell like cats, cupcakes or Russell Brand. You'll have to wait until November for that. And on the gossipy side of things, the Mirror details the impending sale of Brand's bachelor pad, allegedly because Katy can't deal with the "history" of the place. Read: the fact that he's admitted to having dirty sex with dozens of women there. Perry has nothing to worry about -- Women's Health listed her at No. 7 on its list of hottest beach bodies.