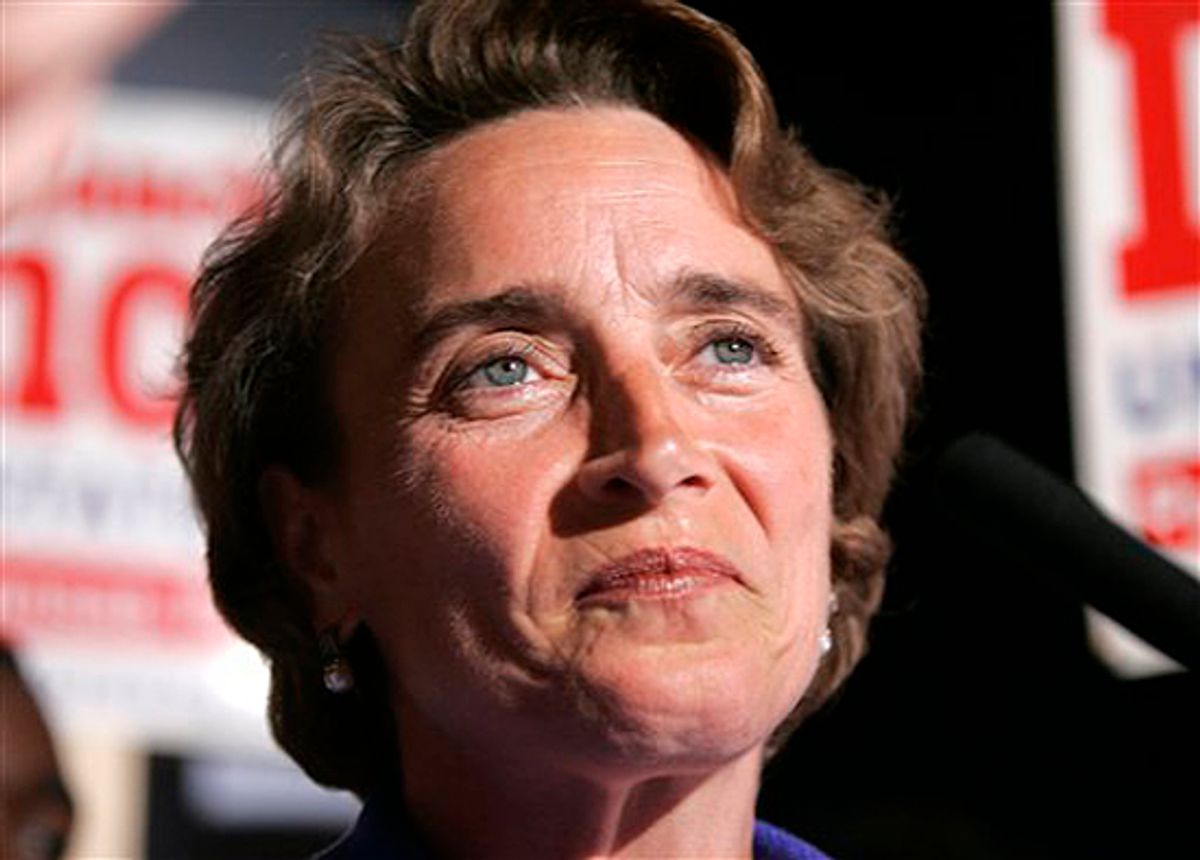 Three polls have been released in Arkansas this past week. Their reputations vary (one is a partisan poll conducted by a Republican outfit), but they all tell the same basic story: Blanche Lincoln is pretty much doomed in her Senate reelection bid. Even in what for Lincoln is the best of the new surveys, she still trails her GOP challenger, John Boozman, by 19 points, 54 to 35 percent.

This is no big surprise, obviously. Lincoln has been running behind Boozman -- badly -- for most of the year. But it does reinforce a point I tried to make during Lincoln's campaign against Bill Halter this spring: Democrats would have been better off getting rid of her in the primary.

This isn't to suggest that Halter, if he'd won the June Democratic runoff, would be locked in a tight race with Boozman right now, or even that he'd be doing any better than Lincoln.  He ran against Lincoln from the left, with strong support from the national union movement. The GOP could easily have made him a villainous figure in right-to-work Arkansas. Chances are, he would have lost to Boozman -- and probably badly.

But with Halter as their nominee, Democrats would have at least introduced some uncertainty into the fall campaign. With Lincoln, a two-term incumbent and two-decade Washington veteran, there really is none.

As we showed earlier this year, only two incumbent senators in the last 26 years have overcome consistent general election polling deficits in their reelection years: Jesse Helms in 1984 and Al D'Amato in 1992. And there were extenuating circumstances in both of those races (racial politics and the '84 North Carolina Reagan coattails in Helms' case, a divisive Democratic primary and Robert Abrams' notorious "fascist" gaffe in D'Amato's case). Besides those cases, every other senator to face a gap like the one Lincoln has faced all year has lost, often badly.

Lincoln is actually one of three senators who entered this year facing a steady general election gap. One of the others, Arlen Specter, has already been defeated in a Democratic primary. The other, Harry Reid, looked dead for months, but suddenly he has a chance -- only because the GOP went and nominated a fringe candidate, Sharron Angle, who may be the only Republican in Nevada capable of losing to Reid this year. In other words, if he survives, it will be because of extenuating circumstances on a par with the Helms and D'Amato examples.

In Lincoln's case, though, there are no apparent extenuating circumstances. It's a Republican year nationally, the Arkansas electorate is particularly hostile to Barack Obama, and in Boozman the GOP has nominated a candidate who is (by their standards) fairly mainstream. All of this adds up to the poll numbers we see now: a large lead for the GOP challenger and no indication that there's anything Lincoln can do to eat into it.

Halter, at least, wouldn't have been saddled with the baggage of incumbency. By knocking off a sitting senator who enjoyed the White House's backing in a primary, he'd have had a chance to alter the fall equation by presenting himself as a populist outsider. Would it have been enough to win? Probably not. But there would have at least been a chance, however slim, for him to make it a race. With Lincoln, there's not even that.