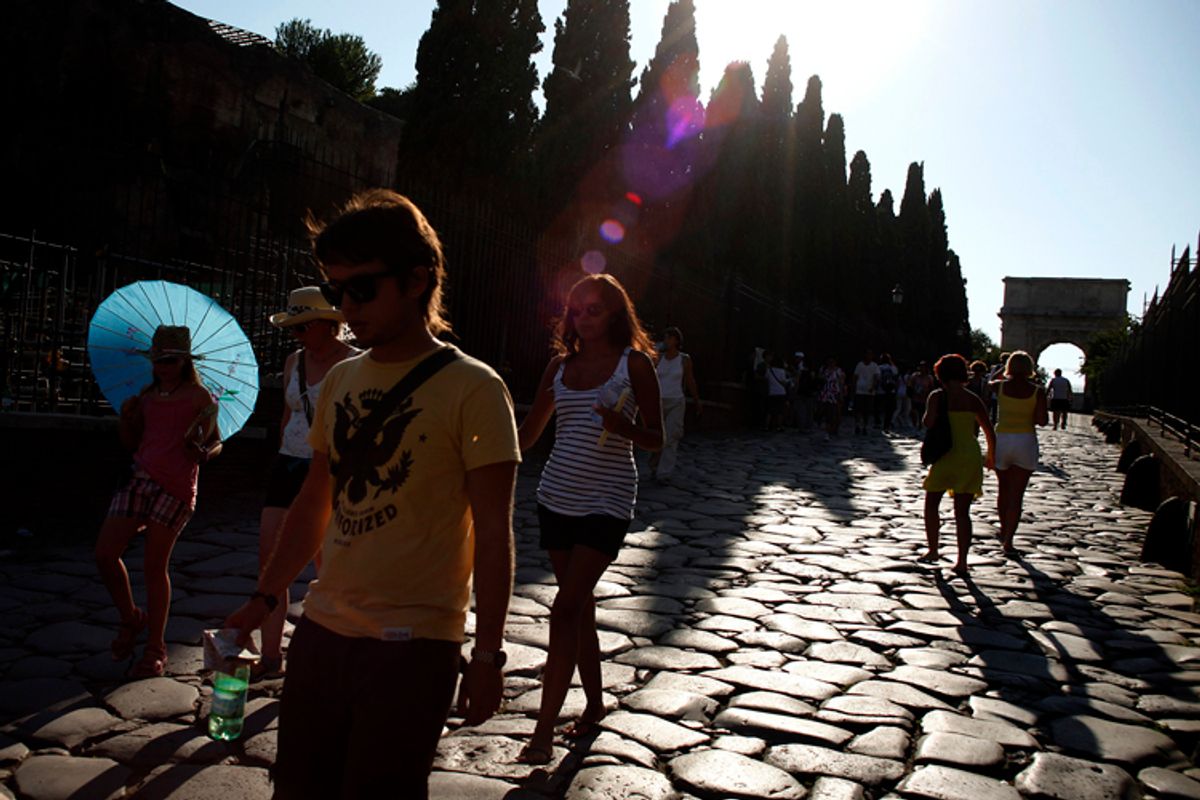 We know the Obama administration doesn't like to get into fights that it thinks it can't win. And while I share the disgust that climate activists and Rolling Stone reporters have showered on the White House for failing to make action on climate change a serious legislative priority, I don't dispute the administration's realpolitik: With more than a handful of Democratic Senators dead set against a meaningful bill, there was simply no chance that Majority Leader Harry Reid was ever going to get to 60 votes in the Senate, given the opposition of what President Obama has accurately described as a "partisan minority determined to block change."

Fine. The math makes me sick to my stomach, but so be it. We'll fry in our own juices, and maybe we deserve to do so. But the cold truth of the numbers doesn't make the administration's attempt to shift blame for the debacle to environmentalists, as reported by Politico, any less pathetic.

One exasperated administration official on Thursday lambasted the environmentalists -- led by the Environmental Defense Fund -- for failing to effectively lobby GOP senators.

...Carol Browner, the president's top energy and climate adviser, kept in regular touch with moderate Republicans like Sens. Richard Lugar (R-Ind.) and Lindsey Graham (R-S.C.). But West Wing officials concluded the poisonous partisan atmosphere in the upper chamber made it necessary to outsource the lobbying effort to green groups.

That s the lamest excuse for political failure we've heard yet from the Obama administration. Environmentalists have every right to seethe. When the president addressed the nation in the wake of the oil spill, he could have used that opportunity to make a passionate case for action on global warming. He could have connected the dots between offshore oil spills, fossil fuel dependency, and the greenhouse effect. He could have called for the general public to back up the lobbying of environmental groups with their own phone calls and e-mails and organized clamor. We know he could have done it. Obama may not relish fighting losing battles, but he can give a hell of a good speech when he wants to.

But he didn't. Again, I will accept that even the speech of his life might not have gotten a single Republican senator to support a good bill. But he didn't even try, which makes the whole question of assigning blame moot.

There's an irony here that's hard to get my head around. Even a despairing Joe Romm, in a post titled "The Failed Presidency of Barack Obama," notes that the current administration has taken plenty of laudable concrete action to mitigate global warming.

... [H]e made bigger investments in clean energy than all of his predecessors combined and put into place fuel economy standards that represent the biggest greenhouse gas reductions in U.S. history and his EPA has declared carbon dioxide a pollutant that must be regulated because it endangers public health and he personally intervened to stop the Chinese from making Copenhagen a total failure. These are major achievements that under any other circumstances would make Obama the greenest president in U.S. history.

That's all great stuff. There's a big difference between having him sitting in the White House instead of George W. Bush. But he hasn't matched those actions with the kind of unremitting political pressure on his opponents that would give his supporters the heart to keep on fighting, themselves. That will hurt his party at the polling booth this November. You can't "outsource" this battle, mister president. Some wars have to be waged personally, even when the odds are way against you.