Why isn't cheerleading a sport?

A judge's decision to exclude cheering from Title IX riles coaches and supporters -- but is it a loss for women? 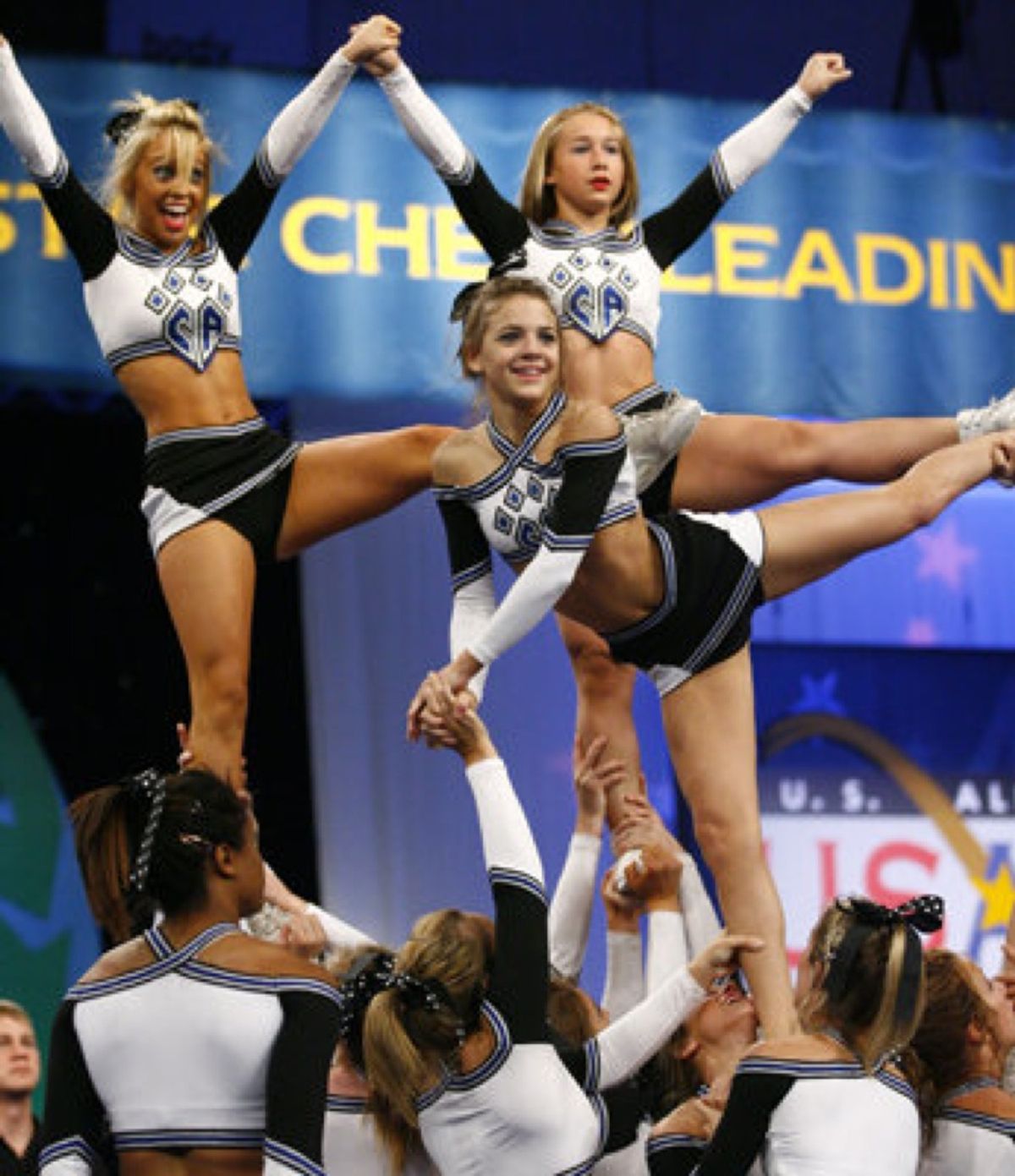 Just because you're on an organized team that regularly competes on a national level in a physically demanding activity doesn't make it sport.

When Quinnipiac University eliminated its women's volleyball team for budgetary reasons last year and replaced it with a cheerleading team, the volleyballers sued, arguing that the decision violated Title IX. On Wednesday, U.S. District Judge Stefan Underhill agreed, writing, "The activity is still too underdeveloped and disorganized to be treated as offering genuine varsity athletic participation opportunities for students." Underdeveloped and disorganized? Ouch. And while Underhill's decision applies solely to Quinnipiac, it could set precedent at other colleges fighting for their own women's athletic departments -- and their funding.

Few other pursuits run the gamut in public perception that cheerleading does. Field hockey is pretty much just field hockey. But cheerleading, depending on your point of view, is either a serious, demanding sport, that thing people do on the sidelines while the real action is going on, or a bunch of chicks in short skirts and spirit fingers. No wonder Underhill's decision set off a wave of strong reactions on both sides of the semantic divide.

Writing in the New York Daily News Thursday, reporter and former cheerleader Deanna Harvey argued that her five years on a squad "made me appreciate what it takes to succeed in a competitive, challenging and dangerous environment" and asked, "You think football is dangerous? Think about flying 10 feet into the air and landing (hopefully) into the arms of a 100-pound girl." Sports Illustrated meanwhile, damning with faint praise, called the decision "ridiculous" and showed its "support" for cheerleaders by putting together a gallery of hot girls.

One could argue that ruling cheerleading doesn't qualify as a sport is an insult to a legitimate pursuit, one with rigorous national-level divisions and competitions. One could just as persuasively say that trying to fit it under the rubric of Title IX is a sneaky way to divert money and attention away from other, less glamorous women's athletics. And the judge's assertion that cheering is still underdeveloped is technically correct -- if it's not regulated by the National Collegiate Athletic Association, why should it be covered under Title IX? The Title IX blog itself calls the decision "a win for Title IX, because it protects against the possible manipulation of gender equity statistics by labeling as sport existing women's noncompetitive activities."

In his decision, Underhill wrote, "Competitive cheer may, some time in the future, qualify as a sport under Title IX." Speaking to Fox News on Thursday, Jane Marella, director of the Gymnastics and Cheerleading Academy of Connecticut, disagreed, noting that cheerleading is "about competing. The girls have to be gymnasts, they have to be able to tumble, they have to be dancers, they have to be able to be strong to lift other people or be lifted, they have to be able to have endurance." That's the problem right there. Gymnastics is a sport; dancing is a student activity. And cheerleading, which has progressed so far from its rah-rah roots, is both. So wouldn't it be nice if, instead of having to argue over the word, we could figure out a way to recognize a demanding, female-dominated activity as a unique discipline unto itself -- and give it the respect it merits all on its own?