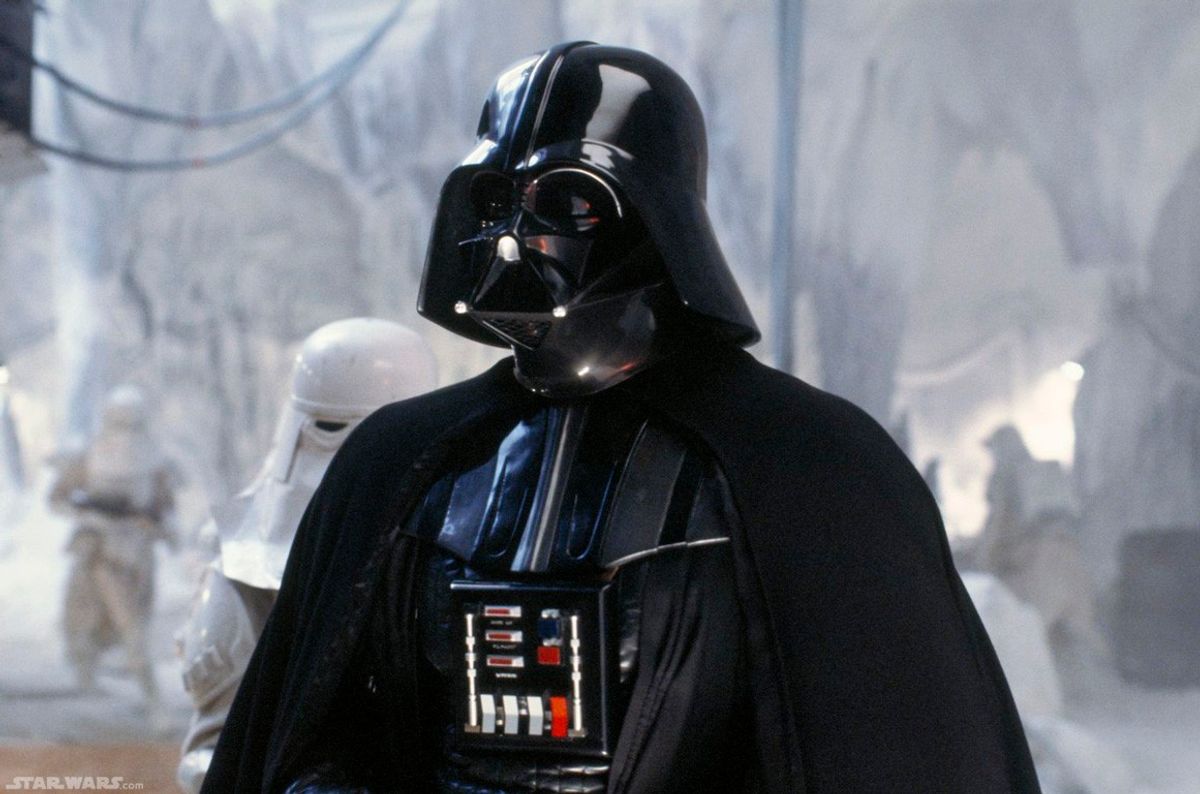 Not so long ago (Thursday morning), in a place not so far, far away (Setauket, N.Y.) a man in a Darth Vader mask and cape robbed a Chase Manhattan bank, leaving with an undetermined amount of cash.

This was no Comic-Con stunt, either, though one customer thought the costume was a joke and tried to strike up a conversation before the evil Jedi threw him to the ground. Luckily, no one else was harmed.

The illusion of the Sith Lord was somewhat ruined, though, by the culprit's camouflage pants and gun, instead of Vader's customary red light saber.

Witnesses said they saw the man getting away, not by TIE Fighter ship, but on a bike still wearing the costume.  Not very conspicuous is he?  But the ploy may have worked.  Suffolk County police said they are searching for the man, though the only identifying information they have is that he is 6 feet tall.

It seems like crooks are becoming more creative.  This heist comes after an odd set of robberies by a man brandishing a bouquet of flowers.

Here's the local report of the incident.