A battle royal over Elizabeth Warren

Gauntlets are being thrown in every direction. Obama, of course, plays it safe 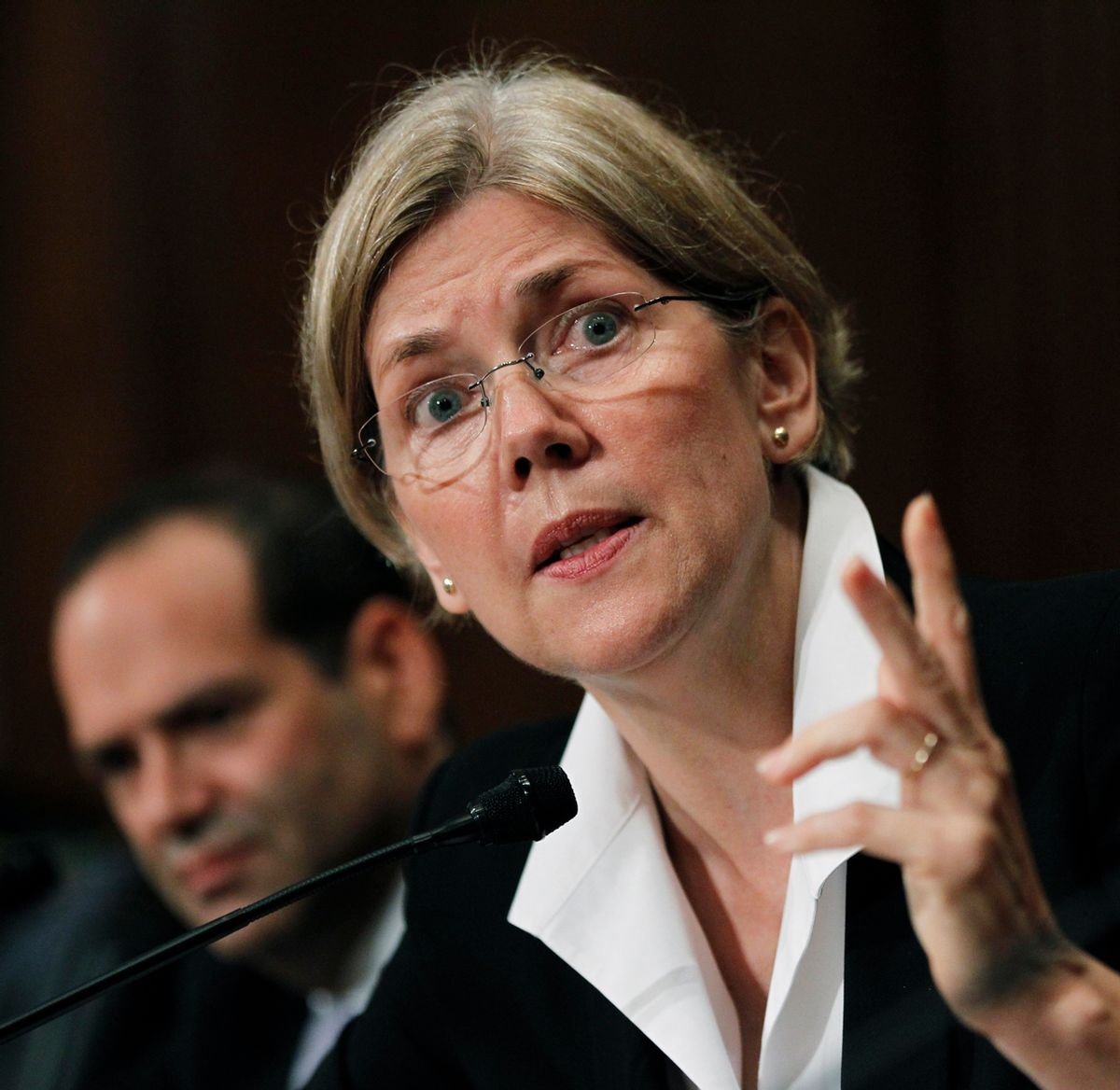 GMA: So everybody wants to know, will you nominate Elizabeth Warren to head this agency that she thought of?

OBAMA: I have the highest regard for Elizabeth. We have not made a decision about who we're going to appoint yet. But here's my guarantee, is that Elizabeth is going to be working with me, working with Tim Geithner, the treasury secretary, to help in thinking about how do we make this consumer agency as effective as possible, looking out for consumers. She is going to be actively involved in that process.

Now compare that quote to a remarkably direct challenge to Obama from Rep. Barney Frank, D.-Mass., from an interview broadcast on MSNBC today (spotted and transcribed by Talking Points Memo):

"I would say to the President, I sympathize with President Obama," Frank added. "He's been criticized by some of my liberal friends. We didn't get a public option and other things we wanted. That wasn't his fault. The economic recovery bill, the stimulus, it wasn't as big as it should have been. That wasn't his fault. He couldn't get the votes. With regard to appointing Elizabeth Warren, that's his decision. No one can stop him from making it. I hope he will appoint her."

It doesn't sound to me like Barney Frank is going to be satisfied with a promise about Elizabeth Warren's "active involvement" in the "process" of making the Consumer Financial Protection Bureau "as effective as possible."

Gauntlets are being thrown in every direction. Even as Frank was demanding Warren's appointment in no uncertain tones, three moderate Republicans -- the only three to vote for the Dodd-Frank bank reform bill -- signed a letter warning Obama against making a recess appointment to fill the spot of CFPB director.

"The role of the CFPB is far too critical to be handled without the advice and consent of the Senate and the full public airing of relevant issues that that entails," the letter said.

In other words, don't try to go behind our backs and appoint someone who we will surely vote not to confirm!

If Obama needs any more help stiffening his spine, here are three recommendations for further reading:

1) Regulatory reform guru Mike Konczal notes that Warren has been the leading critic of the administration's unsuccessful efforts to modify home mortgages and keep Americans out of foreclosure.

And this is exactly how the CFPA should work. They fight to get good information disclosed to the public about how the banks and the Treasury department are failing the American people, reporters and wonks explain the information to the public, Treasury is held accountable. Treasury is currently working overtime to make HAMP work better; every month they are putting pressure where they can to make it better. That's how a healthy government is supposed to work, but it can only be done if the tone is set by an outsider. And Elizabeth Warren is the one qualified candidate with a proven track record of standing up to the banks and to the Treasury.

2)The New York Times' Floyd Norris observes that "there may be people less popular in bank boardrooms than Ms. Warren, but none come immediately to mind."

3) Friend and colleague Katie Porter comes up with the clincher, at Credit Slips.

UPDATE: Felix Salmon tells progressives to stop fretting -- a Warren nomination is in the bag.