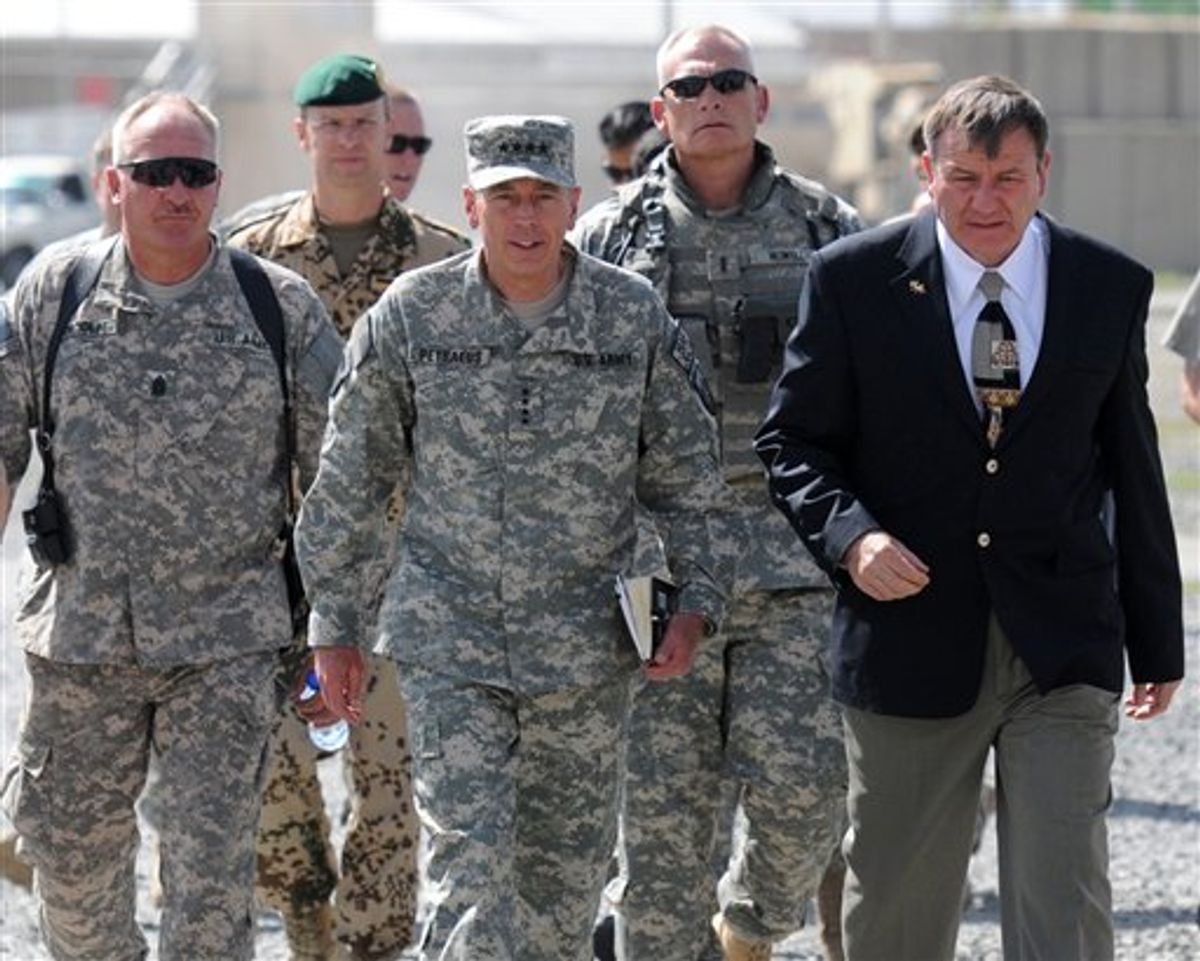 The release by Wikileaks Sunday of a trove of internal military logs documenting the Afghan War could deal a significant blow to the image painted by the Obama administration of the U.S. military and its allies acting as a fundamentally positive force in the beleagured country.

The killing of Afghan civilians by the American military and its partners is reported on in the U.S. media from time to time, but usually within the constraints of information released by the Pentagon or in the form of hard-to-digest statistics that pack little emotional punch.

"We've shot an amazing number of people and killed a number and, to my knowledge, none has proven to have been a real threat to the force," Gen. Stanley McChrystal said in March, referring to civilian killings.

Now, the Wikileaks logs detail many of those shootings, including some that were never publicly reported.

In October 2008, for example, French soldiers outside Kabul "opened fire on a bus that came too close to [their] convoy," according to one of the logs, highlighted by the Guardian. The incident, near the village of Tangi Kalay, left 8 Afghan children wounded. The log gives no other explanation or description of what happened. A search of the Nexis news database shows the incident was never reported. A military press release from the same day, Oct. 2, mentions a convoy firing warning shots at two buses but does not report any wounded children.

In one 2007 incident, a CIA unit shot a man who ran away when it approached -- only to later learn that he was a deaf-mute.

And in a December 2008 incident that was reported in the media at the time, an infantry unit out of Kentucky called Red Currahee was patrolling near a combat outpost on Afghanistan's Highway 1 south of Kabul. As the group was looking to cross the road, a soldier spotted a bus coming their way. When the bus didn't stop, the soldiers fired a round into its engine block. Then, when it still didn't stop, a machine gunner got the OK to open fire with a M-249 machine gun. Four civilians were killed and 11 wounded.

Here is how that incident is rendered in the logs, picked out by the Guardian:

Wikileaks gave the New York Times, the Guardian, and Der Spiegel embargoed access to the 92,000 documents on the condition that they not write about them until Sunday.

You can read more on the backstory from the Guardian here and the Times here. The Times, for its part, is taking pains to keep distance from Wikileaks. Even as it accepted the embargoed access to the documents, the Times editors' note goes out of its way to note that (in a meaningless gesture) it is not linking to the Wikileaks raw material, apparently out of fear that it will have fewer redactions than what the Times posted. (The raw data is here.)

The Times has more on what the documents suggest about Pakistan's role in aiding the Afghan insurgency. And the Guardian has more on a U.S. unit that hunts down 2,000 figures on a "capture or kill" list.

And some good commentary:

On the official front, National Security Advisor James Jones fired off a 400-word statement to reporters Sunday afternoon thundering against Wikileaks, and condemning "the disclosure of classified information by individuals and organizatons which could put the lives of Americans and our partners at risk, and threaten our national security." He argued that "if Afghanistan is permitted to slide backwards, we will again face a threat from violent extremist groups like al Qaeda who will have more space to plot and train."

Wikileaks' founder Julian Assange, who is currently being sought out by Homeland Security agents, explained himself to the Guardian in a video interview here.

As for the anonymous leaker here, very little is known, but one intriguing note on Wikileaks' site suggests that this is someone who wanted the world to know the unvarnished truth about the Afghan War -- but not unduly hurt U.S. interests. The site says, referring to a "harm minimization process":

We have delayed the release of some 15,000 reports from the total archive as part of a harm minimization process demanded by our source. After further review, these reports will be released, with occasional redactions, and eventually, in full, as the security situation in Afghanistan permits.